Euthanasia in Belgium - a son's story

Godelieva De Troyer had been suffering from chronic depression for twenty years when she was euthanised, her family unaware, by the doctor who co-chairs the federal euthanasia regulator and who co-founded an organisation De Troyer had just given money to. 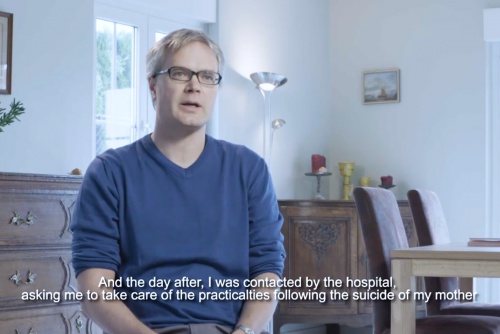 'Tom Mortier hadn't given much thought to Belgium's liberal euthanasia laws. He didn't think they affected him. Tom is a university professor in Belgium, where he has lectured since 2006. For Tom, it seemed that if a person wanted to die, who are we to stop him? Why can't that person simply make that choice? Besides, it doesn't affect anyone else.

'Tom's perspective changed forever one day when he received a phone call. The caller was from a hospital, letting him know that he needed to take care of his mother's affairs since she had been euthanized.'

Tom has written previously about conflicts of interest in Belgian euthanasia practice.