The US National Council on Disability's report "Assisted Suicide Laws and their Danger to People with Disabilities" 'finds that the dangers and harms that NCD identified in 1997 and 2005 are at least as significant today.' 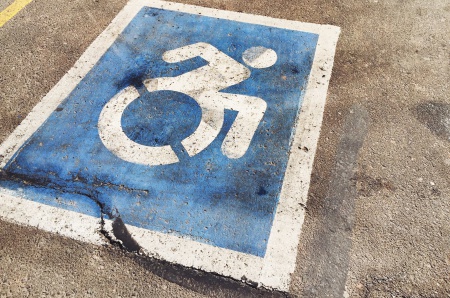 A detailed review of assisted suicide has been published by America's National Council on Disability,

'NCD's concerns… stem from the understanding that if assisted suicide is legal, some people's lives, particularly those of people with disabilities, will be ended without their fully informed and free consent, through mistakes, abuse, insufficient knowledge, and the unjust lack of better options. No safeguards have ever been enacted or proposed that can prevent this outcome.'

'As someone who has battled cancer and been given weeks to live and am still thriving years later, I know firsthand that well-intending doctors are often wrong. If assisted suicide is legal, lives will be lost due to mistakes, abuse, lack of information, or a lack of better options; no current or proposed safeguards can change that.'

'that the interests of the few people who would benefit from assisted suicide were "heavily outweighed by the probability that any law, procedures, and standards that can be imposed to regulate physician-assisted suicide will be misapplied to unnecessarily end the lives of people with disabilities." Instead, NCD called for a comprehensive, fully-funded, system of assistive living services for people with disabilities.'

By the time of the following report in 2005,

'The nation had observed the implementation of the Oregon assisted suicide law, and the evolution of cultural attitudes toward so-called "mercy killing," of both the medical and non-medical variety. Jack Kevorkian was convicted of second-degree murder for committing active euthanasia of a man with ALS, utilitarian euthanasia advocate Professor Peter Singer was hired for a prestigious bioethics chair at Princeton University, two movies favorably depicting euthanasia of people with quadriplegia won Oscars, and numerous courts upheld the right of a guardian to starve and dehydrate a severely brain injured but healthy woman in Florida. The dangers to people with disabilities based on the devaluation of their lives was ever clearer.'

The most recent report

'finds that the dangers and harms that NCD identified in 1997 and 2005 are at least as significant today. The report describes, among other things, a double standard in suicide prevention efforts where people with disabilities are not referred for mental health treatment when seeking assisted suicide, while people without disabilities receive such referrals. The report recommends steps that must be taken at the federal and state levels to ensure that people with disabilities have a system of assisted services and supports; that medical providers inform patients seeking assisted suicide of these supports; and that medical providers receive training in disability competency and disability-risk factors for suicide.'

'Assisted suicide laws contain provisions intended to safeguard patients from problems or abuse. However, research for this report showed that these provisions are ineffective, and often fail to protect patients in a variety of ways, including:

Misdiagnoses of terminal disease can also cause frightened patients to hasten their deaths.

People with the disability of depression are subject to harm where assisted suicide is legal.

Demoralization in people with disabilities is often based on internalized oppression, such as being conditioned to regard help as undignified and burdensome, or to regard disability as an inherent impediment to quality of life. Demoralization can also result from the lack of options that people depend on. These problems can lead patients toward hastening their deaths—and doctors who conflate disability with terminal illness or poor quality of life are ready to help them. Moreover, most health professionals lack training and experience in working with people with disabilities, so they don't know how to recognize and intervene in this type of demoralization.

Assisted suicide laws apply the lowest culpability standard possible to doctors, medical staff, and all other involved parties, that of a good-faith belief that the law is being followed, which creates the potential for abuse.

There is a substantial lack of data about assisted suicide, due not to lack of research, but to unnecessarily strict privacy and confidentiality provisions in assisted suicide laws.

Where assisted suicide is legal, states have no means of investigating mistakes and abuse, nor even a complaint mechanism or similar way for the public to report suspected problems.

Nevertheless, a few important conclusions can be gleaned from the minimal available data, including that assisted suicide laws require no evidence of consent when the lethal drugs are administered.

Trends show that the minimal amount of data collection that was mandated by earlier state laws is decreasing over time as some newer states adopt less restrictive assisted suicide laws.'

Read 'Assisted Suicide Laws and their Danger to People with Disabilities'