'How can I stay here? I am a doctor and yet I can't guarantee the safety of my most vulnerable patients.' 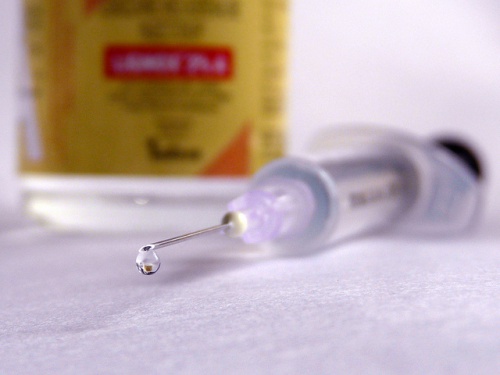 Christopher de Bellaigue's Guardian Long Read is a landmark piece of journalism in the debate on assisted suicide and euthanasia. In it, he considered the numbers:

'As people got used to the new law, the number of Dutch people being euthanised began to rise sharply, from under 2,000 in 2007 to almost 6,600 in 2017. (Around the same number are estimated to have had their euthanasia request turned down as not conforming with the legal requirements.) Also in 2017, some 1,900 Dutch people killed themselves, while the number of people who died under palliative sedation - in theory, succumbing to their illness while cocooned from physical discomfort, but in practice often dying of dehydration while unconscious - hit an astonishing 32,000. Altogether, well over a quarter of all deaths in 2017 in the Netherlands were induced.'


He considered the controversial use of advance directives:

'Last January a medical ethicist called Berna Van Baarsen caused a stir when she resigned from one of the review boards in protest at the growing frequency with which dementia sufferers are being euthanised on the basis of a written directive that they are unable to confirm after losing their faculties. "It is fundamentally impossible," she told the newspaper Trouw, "to establish that the patient is suffering unbearably, because he can no longer explain it."'

'The underlying problem with the advance directives is that they imply the subordination of an irrational human being to their rational former self, essentially splitting a single person into two mutually opposed ones. Many doctors, having watched patients adapt to circumstances they had once expected to find intolerable, doubt whether anyone can accurately predict what they will want after their condition worsens.'


And most strikingly, he considered the real human experience of doctor and patient in a world where euthanasia is not only possible, but deemed rational and even responsible:

'For all the safeguards that have been put in place against the manipulation of applicants for euthanasia, in cases where patients do include relatives in their decision-making, it can never be entirely foreclosed, as I discovered in a GP's surgery in Wallonia, the French-speaking part of Belgium.

'The GP in question - we'll call her Marie-Louise - is a self-confessed idealist who sees it as her mission to "care, care, care". In 2017, one of her patients, a man in late middle-age, was diagnosed with dementia and signed a directive asking for euthanasia when his condition worsened. As his mind faltered, however, so did his resolve - which did not please his wife, who became an evangelist for her husband's death. "He must have changed his mind 20 times," Marie-Louise said. "I saw the pressure she was applying."

'In order to illustrate one of the woman's outbursts, Marie-Louise rose from her desk, walked over to the filing cabinet and, adopting the persona of the infuriated wife, slammed down her fist, exclaiming, "If only he had the courage! Coward!"

'Most medical ethicists would approve of Marie-Louise's refusal to euthanise a patient who had been pressured. By the time she went away on holiday last summer, she believed she had won from her patient an undertaking not to press for euthanasia. But she had not reckoned with her own colleague in the practice, a doctor who takes a favourable line towards euthanasia, and when Marie-Louise returned from holidays she found out that this colleague had euthanised her patient.

'When I visited Marie-Louise several months after the event, she remained bewildered by what had happened. As with Marc, guilt was a factor; if she hadn't gone away, would her patient still be alive? Now she was making plans to leave the practice, but hadn't yet made an announcement for fear of unsettling her other patients. "How can I stay here?" she said. "I am a doctor and yet I can't guarantee the safety of my most vulnerable patients."'

'The more I learned about it, the more it seemed that euthanasia, while assigning commendable value to the end of life, might simultaneously cheapen life itself.'


We highly recommend reading the long read - 'Death on demand: has euthanasia gone too far?' - in full.