Assisted suicide, the Royal College of Physicians and the myth of neutrality 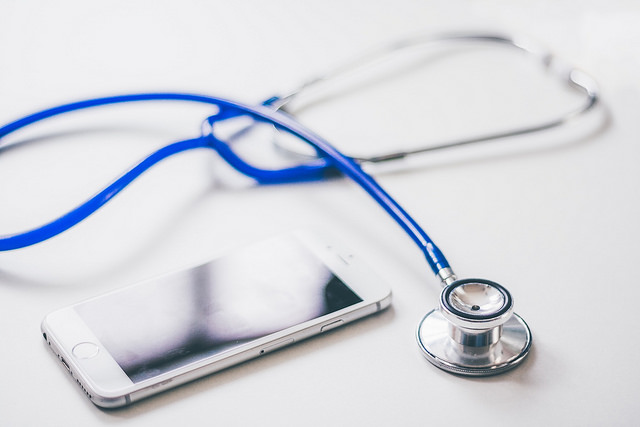 Honesty is never seen sitting astride the fence.

It is a very British thing to not been seen to take sides and be impartial and balanced, listening to both sides. But there comes a point when the talking is done and to continue to maintain neutrality is to live out the oft ill attributed maxim of Edmund Burke

The only thing necessary for the triumph of evil is that good men do nothing.

Or, to quote a more modern voice on this issue:

Dark times lie ahead of us and there will be a time when we must choose between what is easy and what is right.

So it was that on Monday (14 January 2019), the Royal College of Physicians of London issued a press release which announced that they were to poll their 35,000 members and fellows in February to ask whether they supported a change to the law on 'assisted dying' (or more accurately, euthanasia and assisted suicide).

Now, it is generally a good thing to poll one's members as a representative body. But this poll has some real question marks around it. Firstly, this is the third poll since 2006, and both those previous polls (the last in 2014) did not show a significant shift in opposition to assisted dying amongst the college's members. It is not clear that anything has significantly changed since that last poll.

Secondly, it is proposing that the college moves to a neutral position on the issue - neither for nor against. There are major implications for such a shift in position, and I will come to those in a minute. However, the college has said that whatever the finding of the poll of its members, it will move to this neutral position, unless a 60% majority of those responding disagree.

It seems bizarre (if not undemocratic) to have vote to change policy where the policy change is a fait accompli. So even if 57.5% of RCP members opposed this move to neutrality (the same proportion as expressed personal opposition in 2014), it would still go ahead because there was not a 'supermajority' opposed.

Supermajorities like this are very unusual in British institutions, and usually only come into effect if they are required for a major constitutional or policy change rather than against it. At the last RCP poll on the issue, as stated in their press release, over 58% of members and fellows opposed euthanasia, 44% felt the college should remain opposed as part of its policy, and only 31% felt the college should adopt a neutral stance. Less than one in four were in favour of supporting euthanasia. So, it is hard to see where the democratic mandate for this change has come from. Certainly not from the membership!

Thirdly, if the RCP chooses to go neutral on this particular issue, it will be giving euthanasia and assisted suicide a status that no other issue enjoys. Why should assisted suicide and euthanasia enjoy this level of attention, when there is no legislation pending in either Westminster or Holyrood?

If the RCP does go neutral in March, it will give succour to those seeking a new attempt to change the law at parliamentary level. Parliament strongly rejected assisted suicide the last time it was debated in the Commons in 2015 (by 330 to 118 on a free vote). However, those seeking a change in the law have not given up. They may be emboldened as a general election since that time has seen some changing of the guard in the Commons. The possibility of at least one medical body shifting their stance on the issue would further give euthanasia proponents the opportunity to say (erroneously) that there is a shift in medical opinion on the matter. Notwithstanding that the majority of doctors remain opposed.

Furthermore, by going neutral, the RCP will be forced to remain silent and take no part in any debate. Physicians would have no collective voice.

Fourthly, as already stated, the majority of doctors in the UK continue to be opposed to a change in the law. Polls of their members in the last five years by both the RCP and the RCGP have shown no appetite to go neutral or support assisted suicide and euthanasia by doctors. Palliative Medicine Physicians, who deal with the dying on a daily basis, are 82% opposed to any change in the law. The BMA briefly adopted a stance of neutrality in 2005/2006. It subsequently overturned that decision. Most recently in 2016 here was an attempt to once again move it to a neutral stance, which was squarely defeated by a two-thirds majority.

Why choose to go neutral where there is such a strong opinion against euthanasia amongst doctors?

Fifthly, assisted suicide and euthanasia are contrary to all historic codes of medical ethics, including the Hippocratic Oath, the Declaration of Geneva, the International Code of Medical Ethics and the Statement of Marbella. Neutrality would be a quantum change for the profession and against the international tide.

So, while some jurisdictions have introduced legalised euthanasia (including Canada and the Netherlands), most medical bodies worldwide remain strongly opposed. This would move the RCP out of step with many of its allied colleges and professional bodies in most of the rest of the world.

Finally, to drop medical opposition to the legalisation of assisted suicide and euthanasia at a time of economic recession could be highly dangerous. With many families and the NHS itself under huge financial strain, the pressure vulnerable people might face to end their lives so as not to be a financial (or emotional) burden on others is potentially immense.

Were the RCP to drop its opposition, and as a consequence a law were to be passed in the next few years, it would leave the medical profession hugely divided at a time when, perhaps, more than any other time in British history, we need to be united as advocates for our patients and for the highest priorities in a struggling health service.

In short, when it comes to such a divisive topic as assisted suicide and euthanasia, taking a neutral stance is not a credible option for professional bodies like the RCP. If they are for 'assisted dying' they should come out and say so openly and justify why they are defying their members and global medical opinion to back removing and weakening laws that protect the most vulnerable. Otherwise they should continue to reflect the views of the majority of their members and stand against changing laws that protect their patients.


*This article was amended following the RCP Council's decision to change the required super-majority from two thirds to 60%.


© Image copyright of Matt Madd and licensed for reuse under Creative Commons License 2.0