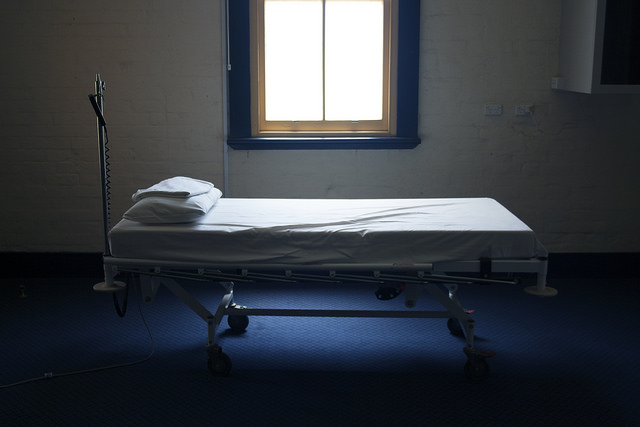 The Royal College of Physicians (RCP) is going to poll its 35,000 members to ask whether 'they would help a terminally ill patient to die and whether the law should be changed to allow assisted dying.'

Why, despite the RCP polling all its members just a few years ago with the same question, has it decided it needs to poll members again? Could it possibly be part of a deliberate attempt to go officially 'neutral' on 'assisted dying' and from there, to support it?

I should first clarify one point from the draft question above. The term 'assisted dying' is a euphemism. It has no meaning in law but it means supplying lethal drugs to people who are terminally ill with the purpose of helping them to commit suicide. At the moment, the RCP opposes it. And the reality is that assisted dying is just another form of euthanasia.

The RCP say they want to find out if their members and fellows support a change in the law to permit 'assisted dying' or not, and whether therefore they should become officially 'neutral' on the issue. (I'll come back to what 'neutral' means later on).

However the problem for those within the RCP who support a change is that in their last poll of members, five years ago, 58% said they would not participate in 'assisted dying', a similar number to a 2006 poll and, as the press release admits: 'Five-years ago, a similar survey found that a majority of respondents did not support a change in the law.'

So, if a majority are likely to still be opposed to a change in the law, how do they get around this opposition?

Very cleverly, the RCP now say that they will go officially neutral on the law unless a full 60% of responding members oppose this! 'The RCP will adopt a neutral position until two thirds of respondents say that it should be in favour or opposed to a change in the law.' (My emphasis).

So even if 57%, the proportion which expressed personal opposition to assisted suicide in 2014, oppose going neutral, they will simply be ignored and the college will go neutral. It now requires at least 60% of responding members opposing a change for them to be listened to. This is highly unlikely hence the title of this blog.

Steve Fouch explains here why requiring such a supermajority is not just a highly unusual procedure but also (obviously) undemocratic.

So why have the RCP have decided that a full three fifths of members need to oppose 'neutrality'?

Is it perhaps because they want to go neutral? Who might be influencing these decisions within the RCP? Is it perhaps anything to do with representatives from Dignity in Dying (DiD, formerly the Voluntary Euthanasia Society) being on the RCP Council? Two well-known Patrons of DiD and active campaigners for legalising euthanasia are on the RCP Council which is driving this poll, and their ethics committee. One is campaigner, speaker and writer for assisted suicide and euthanasia, Raymond Tallis, and the other a well-known journalist and campaigner, Nick Ross.

Who knows, but these connections seem remarkably coincidental, and concerning.

So, what is my worry about going officially 'neutral'? Does it not simply mean that doctors can just sit on a fence and not dictate to others what they should or should not do? Neither supporting or opposing. That seems perfectly reasonable in this age of individualism and personal choice.

However neutrality is a murky concept. In this case, declaring oneself 'neutral' on the subject is equivalent to watching and standing by while someone jumps off a bridge or into a train. Logically, neutrality implies that 'we are no longer opposed'.

It is impossible to be neutral about doctor-assisted suicide, as Sulmasy and Baroness Finlay argued cogently last year in the Journal of General Internal Medicine. The political effect would be to give it a green light. It would send the signal that there is no serious problem with doctors prescribing lethal drugs so their patients can kill themselves. Yet doctors have no business pretending to be 'neutral' about matters of life and death. This is at the heart of their profession. It is not an issue for indifference. They have to take a stand and if they do not oppose assisted 'dying', they in effect support it.

Michael Cook warns that: 'The call for "neutrality" is a clever way to breach the defences of opponents of assisted-suicide and euthanasia. In the lead-up to World War II, Denmark, Norway, Belgium, the Netherlands, Luxembourg, Lithuania, Latvia and Estonia were all neutral. And then, suddenly, they weren't.'

Moreover, if 'neutral', doctors would not only abdicate moral responsibility for their own patients but they would have to stand by and have no influence in any public debates: ''Neutral' means the RCP neither supports nor opposes a change in the law and can reflect the differing views of its members and fellows in discussions with government and others'. As Steve Fouch comments: 'The RCP will be forced to remain silent and take no part in any debate. Physicians would have no collective voice'.

The RCP represents doctors from across a spectrum of thirty specialities and is the oldest and one of the largest and most influential medical colleges in the world. Their influence on this matter should not be underestimated. A position taken by such a leading College will have political and social consequences that will reverberate far beyond their own members.

By tipping the scales in favour of so-called 'neutrality' the RCP's position has itself become far from neutral. And is moving away from the fundamental duty that doctors should always care and never kill.


This comment piece was first published on the CMF Blog, and has been edited to reflect the RCP Council's decision to change the supermajority required to block neutrality from two thirds to 60%.


© Image copyright of Matthew Perkins and licensed for reuse under Creative Commons License 2.0