The RCGP, assisted suicide and 'neutrality'

What the RCGP is asking members, what neutrality really means, and why members should remain opposed 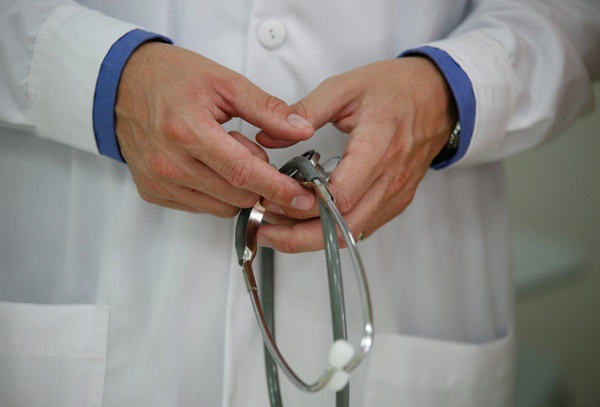 On Friday 1 November, the Royal College of General Practitioners (RCGP) emailed all members and fellows, inviting them to respond to a consultation on assisted suicide. The College last confirmed its opposition in 2014, after 77% of individual responses favoured continued opposition. Respondents are asked whether they favour college opposition, support or neutrality on 'a change in the law on assisted dying.'


Doctors, including GPs, would be responsible for assessing and facilitating patients' deaths.

The second of two supplementary questions, seeks views on levels of GP involvement under any new law. This is very important: prescribing lethal drugs to cause death could easily become a routine part of primary care. Doctors would be responsible for detecting coercion and depression; just 1.8% of Oregon assisted suicide deaths in 2018 followed psychiatric evaluation, while over half cited fear of being a burden as a factor in seeking assistance to die. Some doctors in Oregon clear patients for death every 10 or 11 days, having known them for as little as a week.

For the purposes of the consultation, the RCGP defines 'assisted dying' as 'the act of intentionally assisting a person to end their own life' and 'physician assisted dying' as 'an overarching term to describe physician-involvement in measures intentionally designed to terminate a patient's life.' Assisted dying is a campaign term with no meaning in law, and is typically used by proponents to mean assisted suicide for those with six months or less to live, widely accepted as difficult to predict. The RCGP's definition does not include mention of terminal illness.


This - be clear - is a consultation on assisted suicide in its broadest possible conception, encompassing those living with disabilities, psychological conditions and old age, not just terminal illnesses.

Neutrality is entirely appropriate for parties officially designated as arbiters - a High Court judge or a football referee. But the Royal College of Physicians (RCP), the RCGP and the British Medical Association (BMA) are not arbiters in this debate: they are active participants, with responsibilities to represent their members and protect their patients.

Daniel Sulmasy, Baroness Finlay et al argued last year in the Journal of General Internal Medicine that the political effect of medical neutrality would be a green light: a signal that there is no serious problem with doctors prescribing lethal drugs for patients' suicides. Doctors have no business indicating indifference about matters of life and death at the heart of their profession.


If doctors do not oppose 'assisted dying', they in effect support it.

Neutrality would mean GPs having no collective voice in public discourse on the issue. The present RCGP consultation tells respondents:

'The College takes positions on significant ethical issues to ensure that it can influence the debate around government policy in the best interests of its members and our patients.'

The RCP however, having gone neutral in 2019 (despite opposition remaining the most favoured option) has recently confirmed: 'adopting a neutral position means… we won't be focusing on assisted dying in our work.'

That campaigners view neutrality as removing an 'obstacle' to legalisation was borne out when a Parliamentary debate on assisted suicide was littered with claims that medical opinion was 'shifting quite dramatically', justified by RCP neutrality and the mere fact of RCGP and BMA consultations. MPs strongly rejected assisted suicide in a 2015 free vote (330-118) but those seeking a change in the law have not given up, and as we head into a second general election in the few short years since that vote, they are further emboldened.

This year's RCP poll, which saw a plurality of 43.4% favour continued college opposition, found that those closest to the patients an assisted suicide law would affect were least supportive of such a law. 80.9% of palliative medicine doctors backed continued opposition, and 84.3% expressed personal opposition (with personal support for a change in the law in single digits). This actually suggests increased opposition since a 2015 APM members' survey found that 82% were opposed, with 72% saying passage of an Oregon-inspired bill would have an adverse effect on the delivery of palliative care.

The World Medical Association and American Medical Association have both this year reiterated their opposition, and GPs will know that end of life suffering is first and foremost caused by inadequate access to palliative care. Professor Ilora (Baroness) Finlay told the House of Lords in June 2019:

To vote for neutrality would mean flying in the face of continuing and substantial concerns over the safety and ethics of assisting patients' suicides, and moreover to indicate: 'we are not opposed, we have no problem - we will acquiesce.' In matters of life and death, where a wealth of evidence casts grave doubts on the safety and ethics of assisted suicide, doctors must maintain clarity - by maintaining opposition.


Watch Dr Trevor Stammers FRCGP speaking (at the time of the Falconer Bill) about his opposition to assisted suicide. His concerns about the scope of legalised assisted suicide echo the RCGP's broad definition of 'assisted dying'.

Dr G. D. Warnes: Thu, 12 Dec 2019 19:23
Sensible article highlighting the dangers of a law change and the way campaigners want to clear Medical Opinion out of the way so the Politicians will open the door for them. They will surely fall for the plausible attractive autonomy arguments.
Very scary prospect for the weak and vulnerable in society. The pressure for them to 'do the right thing' and stop being 'a burden' will grow.
Nicole Corrado: Thu, 12 Dec 2019 15:43
As a Canadian with Aspergers, I am concerned about the harm assisted suicide does to people with disabilities, both in my country and throughout the world.
Please enable javascript to post comments!
Our Position »
Live Issues »
Scotland »
FAQs »
Get Involved »
Donate »