MSP speaks up for disabled people 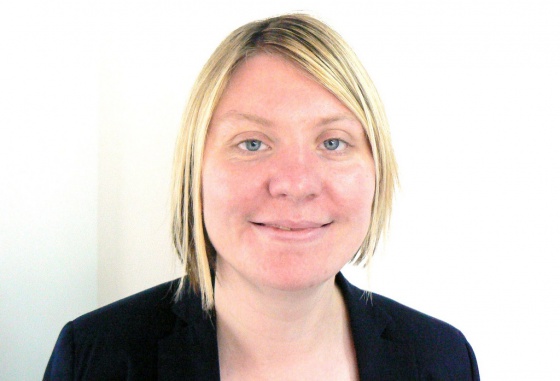 Siobhan McMahon was elected as Labour Party MSP for Central Scotland in May 2011. She has spastic hemiplegia, a form of cerebral palsy, and has in the past commented that:

'Equality for the disabled doesn't exist. I can't speak for every disabled person, nor would I want to, however it's about time someone said "hold on!", I just didn't expect it to be me.'

On 27 May 2015, she gave a frank and well-received speech in the course of debate on the Assisted Suicide (Scotland) Bill, which was subsequently rejected 82-36.

I thank the many people across Central Scotland who have contacted me to express their views on the bill. I understand and respect all the views that have been expressed to me. However, it will come as no surprise to anyone who has contacted me in these past few months to know that I will be opposing the bill at decision time.

I would like to focus my remarks on the issue of disability. I have a number of concerns regarding the bill but the most worrying part is to do with the definition of life-shortening conditions. As the CHAS submission states,

"the phrase 'life-shortening' is unclear because a young person can have a condition (for example, cystic fibrosis) which will shorten life but could nevertheless allow them to live for several decades more".

My disability is life-shortening. As a result of my condition, I will in all probability die before someone of my age should do. When I die, I will in all likelihood have lost all function of my right arm and leg and will have come to rely on those around me to feed, clothe and bathe me as well as assist me with my toilet needs. I will also be in considerable pain. That will not come as a surprise to me or to my loved ones. However, I aim to prove the medical professionals wrong.

When I was born, my parents were told that I would not walk or attend a mainstream school or indeed do anything worthy with my life. My dad's recollection is that he and my mum received a list of all the things that I would not be able to do in my life. Thankfully, that has not been my experience to date. My prognosis has been wrong so far, so who is to say that it will not be wrong in the future? To give me the choice to end my life based on that prognosis or indeed on my health would simply be wrong and signal to me that my life is worth less than the lives of my able-bodied peers. It would validate societal attitudes towards those of us who are disabled, and that is simply wrong.

I believe that, if passed, the bill would reinforce the concept that my life and those of others with life-shortening conditions are not worth living and are not of the same value as those without those conditions. That is a societal perception that I have come across throughout my life and it is one that I am constantly challenging. I believe that passing this bill would give that notion credence. I further believe that it reinforces the stereotype that disabled people are a burden and do not contribute to society. As I have highlighted many times in my speeches, particularly during disabled history month, that stereotype could not be further from the truth and must not be given validity today, tomorrow or at any time in the future.

I think that it would be remiss not to note that there is not one disability organisation that is supporting assisted suicide. There are, of course, some organisations that have remained neutral on the matter, but I find it extremely significant that the bill has failed to attract support from that section of society.

A survey by the disability charity Scope found that 65 per cent of people surveyed and three quarters of young people believe that disabled people are often seen by the public as a burden on society. In addition, the survey also found that 76 per cent of 18 to 34-year-olds with a disability have experienced someone explicitly making negative assumptions or comments about their quality of life in relation to their disability. We have only to consider the attitudes that disabled people have faced as a result of the welfare reforms that are currently taking place and the role that the media has played in demonising that section of our society to see that this feeling has merit. I strongly believe that the proposals that we are discussing today add to that view.

I have further concerns regarding the bill that I do not have time to discuss in detail but which I would like recorded today. They include the fact that the proposals do not contain a conscience clause that would protect medical professionals who do not wish to take part in assisted suicide and the fact that the bill does not define what assistance actually is—who will determine that and how? I am also concerned about the fact that a 16-year-old could act as a facilitator for the suicide and the fact that the act of suicide must occur within 14 days of the second request being made. I endorse some of the questions that the Law Society of Scotland has asked regarding that matter, including the questions of how the period of 14 days is to be monitored; whether the person will be advised that that time limit is about to expire; how the information will be given; whether that will place a person under increased pressure to end their lives; and, finally, what happens if the person asks for more time.

Returning to the crux of my argument, however, I believe that, if passed, the bill would imply that the only solution to pain, life-limiting conditions and terminal illness is to offer assisted suicide. However, there is another way. We could invest in palliative care services so that they become something that we can rely on, no matter what our condition is. Marie Curie estimates that 11,000 people miss out on palliative care each year in Scotland. It has also found that people with a terminal illness other than cancer, such as dementia, are less likely to be referred to palliative care. The time to take action on this matter is now. The solution to this problem is investment in our palliative care services, our NHS, our social care and our welfare benefits. The solution to this horrendous problem will not be found in the bill.

It is not a medical condition that makes disabled people's lives intolerable; it is the lack of social care, health services, accessible housing, transport and well-funded welfare benefits. I would urge action to be taken to address those problems, and I hope that the bill will be rejected by Parliament tonight.


© Image copyright of Scottish Labour and licensed for reuse under Creative Commons License 2.0

Read the debate in full

Maria McGuire: Wed, 6 Feb 2019 20:40
Dear Siobhan, I have just read your very disconcerting article on the negative message of assisted suicide coming back on to the table!
I am also a person with a disability and my disability does never defined who i am, just as yours does not define you as a person with a valued political professional career.

Why, or rather what is it with society that apparently well learned and professional people view and judge on sight 'the disabled' and not the 'dignity of the person'?

When we look around our country we can see the great contribution of men, women children who go the extra mile to be part of the workforce, plus coping with a disability and living as independently as those not apparently disabled.

Since I left school at 16, I have worked all my life in paid employment. I am now 75 and still working and contributing to society in a professional capacity. I have never allowed my disability to compromise me or any person who dared were soon put in their place
.
The United Nations spells out the rights, equality and dignity of the man, woman or child regardless of status, disability etc., but here we are being so treated by injustice and contempt and being made to feel we are of no account. This is against the UN agreement and therefore grossly illegal even to propose A.S. Such people are misguided in their arrogance and self egoistic knowledge forget that shrouds have no pockets. We come into this world naked and we leave exactly just that!
Please enable javascript to post comments!
Our Position »
Live Issues »
Scotland »
FAQs »
Get Involved »
Donate »