Harvie Bill: what others say

A selection of extracts from submissions to the Health and Sport Committee, which has led scrutiny of the Assisted Suicide (Scotland) Bill 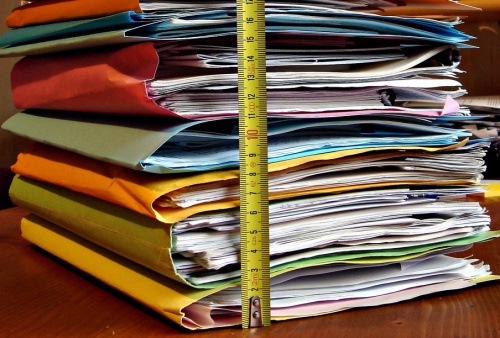 Care Not Killing has, in oral and written evidence to the Committee, in the media and in many other mediums and platforms expressed opposition to the Assisted Suicide (Scotland) Bill, but opposition has also been forthcoming from many and diverse other organisations. These include those representing young children and dementia sufferers as well as doctors, and reservations have also been expressed by legal experts, while churches have vociferously criticised the proposals.

CHAS offers care in two children's hospices, Rachel House and Robin House, and through the CHAS at Home service reckons in Scotland there were approximately 800 - 1200 children and young people with palliative care needs in 2013. CHAS is providing care to in excess of 370 of these children, young people and their families across Scotland and states:

'CHAS does not support the general purpose of the Bill which makes it permissible for a person to assist another to commit suicide.'

'Alzheimer Scotland is against legislation to legalise assisted suicide at this time because service provision to provide high quality palliative care throughout the illness is inconsistent and often poor for people with dementia.

'The infrastructure to provide appropriate palliative care and end of life care does not exist. There is lack of support, inadequate planning and gross underfunding, which results in unnecessary distress for people with dementia and carers. Until these inequalities are addressed people with dementia may not have a balanced view of the options; end of life choices do not exist. We therefore could not support legislation at this time.'

'The BMA's current position is that it does not support a change in the law to permit assisted dying.

'The Association has clear and consistent policy, established at its representatives meeting in 2006 to oppose all forms of assisted suicide and euthanasia.

Oppose all forms of assisted dying;

Supports the current legal framework, which allows compassionate and ethical care for the dying; and

Supports the establishment of a comprehensive, high quality palliative care service available to all, to enable patients to die with dignity.'

Royal College of Physicians and Surgeons of Glasgow

The Council of The Royal College of Physicians and Surgeons of Glasgow says they have "carefully considered the Assisted Suicide Bill 2014 and have discussed it at the last two Council Meetings" and adds:

'It is clear that a substantial majority of Council is opposed to the Bill and remain fully supportive of our previously stated view in 2010 of opposition to assisted suicide.'

The Faculty of Advocates expresses concerns on the idea of licensed facilitators and states:

'The Faculty questions whether it is appropriate that such a role should be performed by a person as young as 16 years of age.'

'In Scotland, if someone assists another to take their own life, such cases would be reported to the Procurator Fiscal as a deliberate killing of another and thus dealt with under the law relating to homicide.

'The criteria for deciding whether prosecution is in the public interest are set out in the COPFS Prosecution Code. I am sure that you will appreciate that there is a high public interest in prosecuting all aspects of homicide where there is sufficient, credible and reliable evidence.

'If the Crown considers there to be sufficient evidence that a person has caused the death of another it is difficult to conceive a situation where it would not be in the public interest to raise a prosecution but each case would be considered on its own facts and circumstances.

'Thereafter, it would be a matter for a jury to consider whether they were satisfied to the criminal standard of proof that the accused was guilty of homicide.'

'Our concern is that any steps to legalise assisted suicide (or assisted dying) reliably safeguard the right to life.

'The Bill is intended to create a narrow exception in the legislation which prohibits assisting another person to commit suicide. The question is whether such an exception can be drawn narrowly enough. The proposed safeguards in the Bill - requiring that the individual has capacity and is not depressed, that their illness is terminal, and that they have demonstrated a settled intention to end their life - would be difficult tests to operationalise.'

'Assisted suicide is both unnecessary and unethical. It is unnecessary because the majority of terminal illnesses can be effectively treated or managed with the use of palliative care, which is effective in over 95% of cases. It is unethical in the sense that to describe a life with disability and a dependence on carers as lacking in basic human dignity is deeply flawed.

'In the future the Bill may be extended to include those with other conditions. This is extremely worrying and indicates that should assisted suicide be legalised in any form it will lead to a slippery slope with assisted suicide being incrementally extended to apply to other groups of people. This has proven to be the case with euthanasia in the Netherlands and Belgium.'

The Church of Scotland Church and Society Council which states:

'In many ways, the proposed legislation is even more open to abuse than was the previous Bill, which was decisively rejected.

'We are clear that what is proposed in this Bill is not the best solution.

'Rather, there is a necessity to ensure that, as far as possible, all have access to good palliative care.

'The Church fundamentally disagrees with the proposed legislation, which represents much more than simply a tinkering with the law.

'It has profoundly negative implications for the most vulnerable in society, who may already feel voiceless and marginalised.

'The great majority of healthcare professionals and their representative bodies have consistently opposed legalising assisted suicide.

'Much of our opposition is motivated by a concern for the weakest and most vulnerable in our society.

'While the articulate and those with supportive families can get their voices heard, what of the marginalised?

'Prejudice against disabled people is already widespread and their quality of life underrated. Will this proposed legislation encourage doctors and nurses to fully explore the concerns of the disabled, and fight for their full lives, or will it undermine this work?

'Will those in our communities with disabilities get suicide prevention or suicide assistance?'

'We believe human life must be fully protected by the law at every stage. It is not appropriate for any person to make judgments about the 'quality' of another's life as this bill would require.

'It is troubling that the accompanying documents to the Bill speak of a reduction: in the costs of providing social care; in demand of recognized medical practitioner's time; in the costs of medication; and family care costs, if the bill were to be passed.

'A utilitarian approach to healthcare would open the door to a destructive path especially given the cost saving possibilities which could easily lead to the dehumanisation of patients and give rise to pressures to end lives prematurely.

The Free Church of Scotland states:

'Our responsibility is to protect human life, especially at its weakest and most vulnerable, and our humanity is best shown in our mutual care for one another to reduce suffering and to give appropriate support right up to the end of life. This includes making palliative care available to all who would benefit from it.

'This Bill is wrong in principle and is poorly drafted. The proposed safeguards give no confidence that vulnerable lives will be protected. The Bill should therefore be rejected.'

In its submission, the Scottish Government states that 'should the Bill be passed … provision of leaflets would cost around £100,000 to £150,000' but adds that if it was felt necessary to disseminate information via the media then 'the cost would be around £400,000.'

'It is not possible to quantify by how much an individual's life might be shortened. Research from the Netherlands estimated that just under half of the assisted deaths shortened the life of the patient by less than a week.'

'Neither suicide nor attempted suicide is a criminal offence in Scotland. Under Scots law, an act of euthanasia by a third party, including physician-assisted suicide, is regarded as the deliberate killing of another, and would be dealt with under the criminal law relating to homicide.

'Assisting or attempting to assist a suicide will constitute a criminal offence in Scotland as common law.

'Doctors are bound by both law and professional ethics and cannot take or be required to take any action that conflicts with either of those duties.

'The Scottish Government's commitment to a high quality palliative and end of life care for all is clear to everyone involved.'

'The Scottish Government recognises the importance of giving full consideration to these sensitive issues which touch on the lives of many people. The parliamentary process will ensure that all the issues around assisted suicide will be fully debated by the Scottish Parliament and the Scottish Government has indicated that this will be a matter of conscience and members, including Ministers, should be given the right to vote as such.'

© Image copyright of Alexandre Duret-Lutz and licensed for reuse under Creative Commons License 2.0