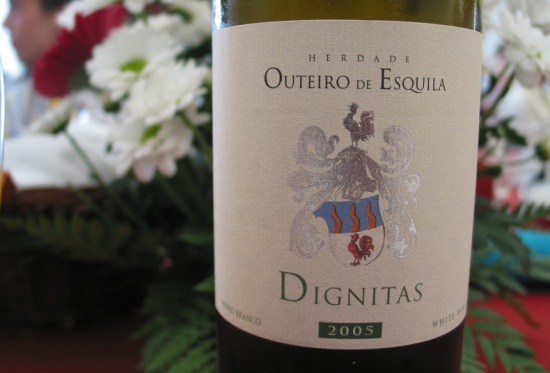 Writing in the Catholic Herald recently (28 May 2015, 'Lord Falconer's message on assisted suicide is confused and dangerous'), Madeleine Teahan noted that

'This week everybody has been discussing the case of Jeffrey Spector, a 54-year-old, non-terminally-ill man who died [at Dignitas] on Friday, announcing that he was "jumping the gun". A wife and three young daughters survive him.

'Following the news about Jeffrey Spector, the architect of the latest assisted suicide legislation in this country, Lord Falconer of Thoroton, told The World at One:

"When I saw the photographs on some of the front pages of the newspapers today of [Jeffrey Spector] having his last meal in Switzerland, I think it's completely wrong that when someone is terminally ill they don't have the option - subject to safeguard - in deciding to take their own life, in the context of them dying where they want. It's wrong that they have to go to Switzerland to do that."

'This is confusing. Lord Falconer insists he only wants assisted suicide for people who are expected to live no longer than six months - his proposed legislation would not have made a difference to Jeffrey Spector.'

Why not? Mr Spector

'had an inoperable tumour near his spinal column. He described his own illness as "a walking timebomb". "The disease could stabilise," he admitted, "but I do not know that - I can't take that chance."'

Falconer is not alone in his confusion. Debating with CNK's Dr Peter Saunders on BBC Radio 5 live, Rabbi Jonathan Romain of 'Interfaith Leaders for Assisted Dying' - a small subset of Dignity in Dying, formerly the Voluntary Euthanasia Society - acknowledged that

'He wouldn't have qualified under the proposed Falconer Bill which is only for those who are terminally ill, but on the other hand it does highlight the issue and I can't help feel that... the death was both beautiful and sad at the same time. Beautiful in that he was an intelligent, competent person who'd made his own decision, had a fabulous goodbye if you like, surrounded by his family, with a lovely meal, so he went the way he wanted to go. The sadness is of course that he had to do it abroad... What this highlights is, maybe not for him but for certainly other people who are competent and terminally ill, they should have the right to die at home if it's been approved by the judiciary and we do need to have the Falconer Bill which passed the Lords but didn't get to the Commons...'

Leaving aside the fact that the Falconer Bill did not pass the Lords, but in fact died there without any division on the Bill as a whole, Rabbi Romain is taking Lord Falconer's curious lead. Their argument of recent days has been that this sad case illustrates a need for new legislation - despite the fact that the gentleman in question would not have qualified under the proposed law. The Bill's proponents pour scorn on the suggestion that it would be expanded upon - either in practice or in statute - but if the experience of people who wouldn't be eligible under the Assisted Dying Bill is cause for its enactment, then we cannot but think back to pro-change leading lights like Lord Joffe who at least had the honesty to say that such a law would be only a 'first step'.

We have also heard again from Prof Stephen Hawking, who said last year:

'I think those who have a terminal illness and are in great pain should have the right to choose to end their lives and those who help them should be free from prosecution.'

Prof Hawking's comments followed very much the 'party line', in-keeping with the proposals contained within the Assisted Dying Bill. In an interview with comedian Dara O'Briain (extracts from which were released to the media) however, he took a wider view of when assisted suicide should be permitted, one which discounts issues relating to prognosis:

'I would consider assisted suicide only if I were in great pain or felt I had nothing more to contribute but was just a burden to those around me.'

He did add that 'I am damned if I'm going to die before I have unravelled more of the universe' and, not being an official spokesman, his views are his own. Like Lord Falconer and Rabbi Romain's remarks, however, this new comment makes clear that to accept the arguments in favour of the Assisted Dying Bill is to accept a far broader principle. As figures including disabled rights advocate Baroness Campbell, former High Court judge Baroness Butler-Sloss and CNK's Dr Peter Saunders have noted, Lord Falconer's bill draws an entirely arbitrary line, with the only natural frontier being prohibition in law.

Teahan, for her part, concluded:

'For supporters of assisted suicide, this case clearly still provokes a sense of injustice, and if their motive is to alleviate suffering, then this is hardly surprising. Going by their logic, why shouldn't individuals such as Jeffrey Spector be entitled to end their lives too? Why shouldn't people who feel miserable once their spouse has died be helped to commit suicide? And why should we endure emotional suffering if the law can liberate us from physical pain? After all, Dignitas has previously welcomed two British women who were simply "tired of life".

'You may remember that Lord Falconer established a Committee on Assisted Dying before he drafted his Bill. The report recommended that physician-assisted suicide should not be offered to people with disabilities who are not terminally ill "at this point in time".

'The slow trickle of suicide stories from Dignitas will inevitably increase the pressure for an assisted suicide law in this country. But it seems obvious to me that, deep down, proponents do not believe assisted suicide should only be reserved for the terminally ill.'

© Image copyright of Ricardo Bernardo and licensed for reuse under Creative Commons License 2.0
NB: CNK is not aware of and does not suggest any commercial link between Outeiro de Esquila and the Dignitas facility.