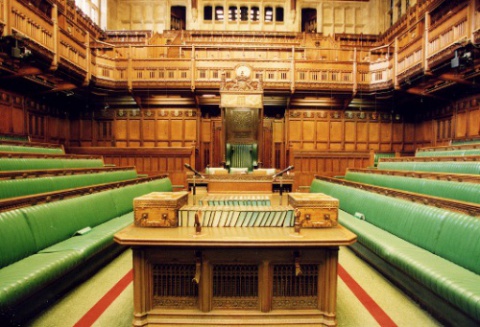 Click here: urge your MP to oppose the Bill - today

A bill to allow assisted suicide, for mentally competent adults deemed to have less than six months to live, is to be considered in the House of Commons following last week's ballot for Private Members' Bills. Labour MP for Wolverhampton South West Rob Marris drew first place and has today (Tuesday 9 June) announced his intention to pursue a bill broadly in line with Lord Falconer's proposals.

The House of Lords never divided (voted) on Lord Falconer's most recent, 2014/5 bill as a whole, and despite wishing to revive debate in the upper chamber in this new Parliamentary session, he was drawn low down in the Lords' own ballot and his bill will almost certainly make no progress there due to its poor placing.

While efforts to change the law in this area have centred on the unelected upper house, Mr Marris's intentions stand in contrast with elected representatives' repeated refusals to consider a law which would undermine the position of disabled, elderly, sick and vulnerable people in society:

The House of Lords also rejected a bill introduced by Lord Joffe in 2006 and Lord Falconer's amendment to the Coroners and Justice Act (with the same purpose) in 2009.

Apart from a debate on the Director of Public Prosecutions' guidelines in 2012, the House of Commons has not had a full debate on assisted suicide for many years. Reports indicate that the Marris Bill will receive its first reading (where the bill is printed) on 24 June and its second reading (debate on the principle of the bill) on 11 September.

CNK polling in 2012 suggested that the 2010-15 House of Commons was overwhelmingly opposed to legalising assisted suicide, and key party leaders were also strongly opposed. The Marris Bill looks set to follow, as did the Falconer Bill before it, the model of Oregon in the US, where the latest official figures suggest that assisted suicides there hit 105 in 2014: extrapolated for a UK-sized population, that would represent almost 1,700 deaths here (read more about the Falconer Bill's deficiencies, and about just some of the problems with taking Oregon's lead, here).

The legalisation of assisted suicide is opposed by those who would be most closely affected, not least disabled people and healthcare professionals, and for good reason: such laws deliver a clear message to those in need of our support that they are a burden.

Care Not Killing will work to ensure that the House of Commons follows in the footsteps of other elected representatives in rejecting a law which would be uncontrollable, unethical and unnecessary - and which would in the end hurt us all.


© Image copyright of UK Parliament and licensed for reuse under Creative Commons License 2.0

Helen Tedcastle: Tue, 9 Jun 2015 17:36
Rob Marris MP was re-elected in May on a set of priorities including improving housing in his constituency. How surprising for his constituents then to find out that he is using the privilege of parliamentary time to bring forward a Bill on his own personal priorities and not theirs!
Please enable javascript to post comments!
Our Position »
Live Issues »
Scotland »
FAQs »
Get Involved »
Donate »