The CEOs of four major charities representing elderly and disabled people have written to all members of the House of Lords to oppose Lord Falconer's Assisted Dying Bill. 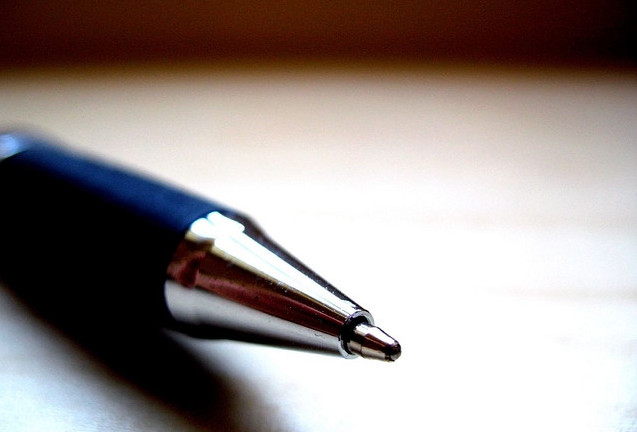 Especially in the current climate of austerity and economic pressure it is elderly and disabled people who will disproportionately take the brunt of it and be subtly steered toward suicide as the cheapest way of 'dealing' with their problems.

In Washington, where assisted suicide is legal under a law very similar to that proposed by Falconer, 61% of people opting for assisted suicide give the fear of being a burden to family, relatives and caregivers as a key reason.

Falconer's bill is no less than a recipe for the abuse of elderly and disabled people.

Dear member of the House of Lords

We write as organisations representing large and diverse groups of people: those who are elderly, those of any age who are disabled, including those with mental health conditions, learning disabilities, autistic spectrum conditions and serious long-term and/or life-limiting conditions.

We wish to express our profound concerns about Lord Falconer's Assisted Dying Bill, due to have its Second Reading this Friday 18 July.

An assisted suicide law would for the first time in this country introduce the idea that there are some people whose deaths can actively be brought about; whose suicide, unlike other people's, society would make no significant effort to prevent and indeed would actually assist.

Our organisations work every day with people in vulnerable situations who, whatever their medical condition, could lead a better life with access to the right health, palliative, social or mental health care.

The crisis in care services and cases of neglect mean that comfort and dignity do not characterise the lives of a significant number of elderly and disabled people.

For many, whether they have financial or practical support determines whether they live in an institution or in their own home; whether and at what time they get up and go to bed, eat a meal, wash, get dressed, see family and friends or go to work. Without support, many elderly and disabled people face isolation and poverty.

The absence of such support creates avoidable dependency, undermines their dignity and limits their autonomy and choices.

It is these wider social factors that could so easily create the context for people to feel they should 'choose' to end a life in which they are suffering, not just the symptoms of a particular condition, but isolation, avoidable discomfort and distress and the sense of being a burden to those who love them.

In Washington State, where physician-assisted suicide is legal for those who are terminally ill, 61 per cent of all those given lethal drugs to end their lives listed feeling a burden on family, friends or care-givers as one of the reasons for wanting to die.

We also have serious concerns about the Bill's lack of safeguards, in particular its failure to properly address the issues of coercion and mental capacity.

Mental capacity can be affected by many factors, including depression (whether in its own right or, as is often the case, co-existing with another condition), learning disability, autistic spectrum conditions and the effects of medication taken to relieve symptoms.

Depression in particular can be difficult to diagnose or can be easily missed among those who also have debilitating physical symptoms. It is likely, diagnosed or otherwise, to relate as much to someone's personal circumstances - where they live, who they see, what support they have, whether they face stigma or discrimination - as to their medical diagnosis.

The Bill expects GPs to be able to confidently assess mental capacity in applicants for assisted suicide without referral for specialist assessment. With many pressing demands on them, doctors can fail to detect underlying problems such as lack of adequate social care or mental health support, family conflicts, money worries or depression. We see the impact of these problems every day.

It is such experiences that characterise the majority experience among those who might request assisted dying, rather than the small minority who might have every comfort and support but who still find life intolerable.

We also fear that the requirement to have a diagnosis of 'an inevitably progressive condition which cannot be reversed by treatment' could, despite reassurances that the Bill is designed to apply to a small minority of people, cover many long-term conditions such as dementia, multiple sclerosis, cancer and HIV.

In some cases, available treatment does not reverse but slows progress of an illness and alleviates its symptoms - for example, artificial ventilation to help someone to breathe. Without it, many people would be 'reasonably expected to die within six months'. In addition, prognosis at this range is notoriously unreliable.

Where assisted suicide or euthanasia have been legalised, there has been significant expansion of the groups who qualify - whether through broadening of the definition by statute or through evolution of the way the law is interpreted - to include people with psychiatric conditions such as long-term depression and (in the case of Belgium) children.

We strongly believe that the Bill would seriously undermine our efforts and lead unnecessarily to the deaths of many people whom as a society we should be helping to feel valued and to lead a fulfilled life.

Because of these concerns, we urge you to oppose the Assisted Dying Bill.

© Image copyright of Fabio and licensed for reuse under Creative Commons License 2.0