Total would translate to 3,880 for a UK-sized population 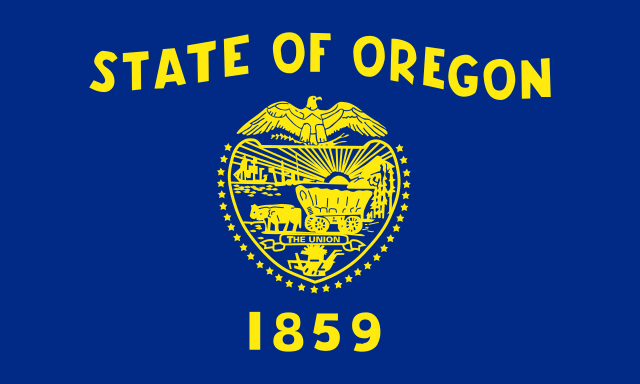 The 23rd annual report on assisted suicide in Oregon (in 2020) was published in February. This latest dataset is once again instructive for those in the UK who are told this law is a model we should adopt.

245 Oregonians died by assisted suicide in 2020. This figure represents a 28% jump from 191 in 2019, and is more than nine times as many as died in 2000. Oregon is a comparatively small state with a population of 4.2million; those 245 deaths would extrapolate to some 3,880 for a UK-sized population. MPs trying to understand that figure might consider that it is more than four and a half times as many suicides assisted as there are patients just across from Parliament in St Thomas' Hospital.

We are often told that assisted suicide can be closely monitored, yet of the 370 prescriptions for lethal drugs issued in 2020, the ingestion status is unknown in 80 cases; we don't even know if 44 of those are still alive.

Advocates of assisted suicide who try to bat away warnings of incremental extension can no longer claim that the Oregon law has remain unamended:

'The DWDA now provides an exemption to the statutory waiting periods for patients expected to live fewer than 15 days from the time of their first oral request for medication. In 2020, 75 patients (20%) were given exemptions.'

The report notes that 'a total of 142 physicians wrote 370 prescriptions during 2020 (1-31 prescriptions per physician)'. The clarification that '79% of physicians wrote one or two prescriptions' really only draws attention to the fact that 21% wrote more, with at least one prescribing lethal cocktails every 11 or 12 days. The gravity of this fact is reinforced by the report noting that some assisted suicides were approved by doctors who had known the patients in question for less than a week. Only three out of the 245 who died were referred for psychological or psychiatric evaluation.

The report notes that five who died suffered complications, including difficulty ingesting and a seizure; a footnote quietly adds that 'information about complications is reported only when a physician or another health care provider is present at the time of death.' This goes some way to explaining why, in more than 70% of assisted suicides last year, we don't actually know if the patients suffered complications.

Patients who died by assisted suicide in 2020 took up to eight hours to die after ingesting medication; the range extended to 47 hours in 2019, and to 104 hours previously. Again, it is worth noting that we don't know how long death took in almost half of 2020 deaths.

While cancer remains the most common underlying illness (66%), this is down significantly from the 76% average across 1998-2018. Five decedents in 2020 (2%) were living with 'endocrine/metabolic disease (e.g., diabetes)', while 9 (3.7%) cited 'other illnesses' including 'arthritis, arteritis, blood disease, complications from a fall, kidney failure, medical care complications, musculoskeletal system disorders, sclerosis, and stenosis.' Oregon's law has only been formally extended once (as noted above), but officials admit freely that they now consider patients to be eligible if they forego otherwise life-sustaining treatment, without formal amendment of the legal requirement that 'an incurable and irreversible disease that has been medically confirmed and will, within reasonable medical judgment, produce death within six months'.

Even without the loosening of the terminal illness requirement, predicting death within six months is widely considered to be more of an (unreliable) art than a science, and once again, patients lived far longer than six months - some for almost three years (1,080 days). Health officials are clearly sensitive to this as the report now notes how many 'outlived 6-month prognosis' - 8 in 2020. This artificial figure obscures a fundamental point: the six-month prognosis concerns the time left to patients before their underlying illnesses cause death, and we cannot know how many of the 245 would have lived perhaps far longer than six months had their suicides not been assisted.

Once again, a majority of participants cited a fear of being a 'burden on family, friends/caregivers' (53.1%), with the most-cited factors remaining existential and social: 'less able to engage in activities making life enjoyable', 'losing autonomy' and 'loss of dignity.' 'Inadequate pain control, or concern about it' is now cited by fewer than one in three, while 15 were driven at least in part by 'financial implications of treatment.'

The annual reports from Oregon, year after year, serve to tell a story of rising numbers of deaths in a poorly monitored system, based on fears that have little to do with the bounds of medical ability and everything to do with how we support people under great strain. Parliamentarians must heed this warning.