Read briefings circulated among members of the House of Lords ahead of the Falconer Bill's committee stage: on the Bill itself and on ten reasons not to follow Oregon's example. 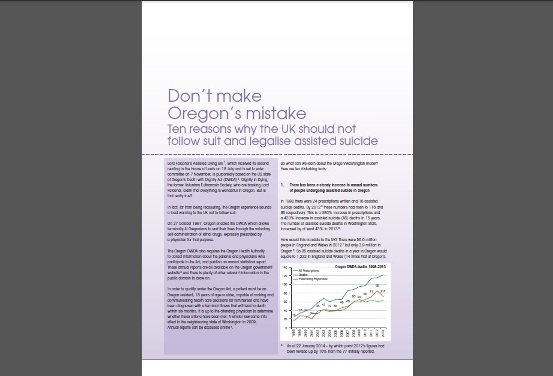 Care Not Killing circulated two documents among peers concerning general and specific problems with the Falconer Bill, and problems found in practice in the US state of Oregon, whose law is the basis for the Assisted Dying Bill. These followed a report by Professor John Keown of Georgetown University which was similarly circulated ahead of second reading in July. Download all three now.