Breakfast-time bias on the BBC 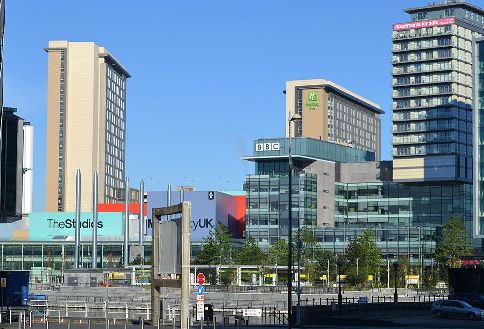 This story is covered in the Daily Mail and Daily Telegraph.

Euthanasia season has arrived and the pro-death lobby, aided by their cheerleader the BBC, are now gearing up for a campaign aimed at forcing the legalisation of assisted suicide through British Parliaments both north and south of Hadrian's Wall.

Lord Falconer's assisted suicide bill had its first reading in the House of Lords in May and Margo MacDonald's Scottish bill is to be published next month.

Expect no let up for several months as story after supportive story mysteriously fills our television screens and airwaves.

In pushing their cause, this alliance of private campaigners and publicly-funded 'news' generators will face four major lines of opposition: parliamentarians, doctors, faith groups and disabled people.

Neutralising these opponents will be their major focus as they seek to build their case around emotive testimonies and celebrity endorsement (See here and listen here for why their ideas should actually be given short shrift).

Their aim will be to find 'role models' from each of these 'problem groups' willing to become a public voice for their campaign to help create the impression that their proposals of 'assisted dying with safeguards' have universal backing.

Dignity in Dying (DID), the former Voluntary Euthanasia Society, has already established a group of mainly retired health professionals - originally HPFC but now rebranded HPAD (Health Professionals for Assisted Dying) - to counter the inconvenient fact that the BMA, all major medical colleges and two thirds of all doctors are opposed to any change in the law. They are now infiltrating the RCGP to try to push it neutral after failing to do the same with the BMA and have support from the editor of the BMJ. HPAD represents only 0.25% of doctors (yes, that's one quarter of one per cent).

Gathering a lobby of clerics has proved even more difficult but DID has managed to scrape together a flock of 'faith leaders' under the leadership of liberal rabbi Jonathan Romain. Interfaith Leaders for Dignity In Dying (or IFDiD) uses highly unorthodox interpretations of sacred texts to push the view that helping people to kill themselves is consistent with 'loving one's neighbour'.

In Parliament there is the All Party Parliamentary Group (APPG) for Choice at the End of Life chaired by Heidi Alexander, Labour MP for Lewisham East. But their real champion is Lord Falconer, whose sham commission on 'assisted dying', filled with euthanasia sympathisers, recommended just over a year ago that the law should be changed to allow doctors to be licensed to dispense lethal drugs to mentally competent adults with less than six months to live. His bill currently before Parliament seeks to make this a reality.

Disabled people have been much more difficult to pull into line, especially given that all the country's major disability advocacy groups - SCOPE, Disability Rights UK, Not Dead Yet UK and UKDPC - remain opposed to any change in the law. They, more than anyone, know how easily vulnerable people can be pushed into ending their lives so as not to be a financial or emotional burden to others.

So the pro-death lobby has been looking for a disabled people's champion to become the new poster boy for the campaign. And last week they found him - in celebrity scientist Stephen Hawking.

The only missing ingredient was the means of getting international media coverage for Falconer and Hawking. Enter the BBC.

The publication of Hawking's new book provided the hook for an invitation onto the BBC Breakfast national news programme last Tuesday where Hawking could be asked the question that would elicit the answer required to create the international news story:

'I think those who have a terminal illness and are in great pain should have the right to choose to end their lives and those who help them should be free from prosecution. But there must be safeguards that the person concerned genuinely wants to end their life and they are not being pressurised into it or have it done without their knowledge or consent, as would have been the case with me.'

Now the stage was fully set for Falconer the next day, on the very same programme, to promote his bill as the solution. But in order for him to do this unimpeded the opportunity for any cross-examination to take place, or contrary position to be put, had to be nullified.

On Tuesday night I received a text from a BBC Breakfast producer asking me, as campaign director of the Care Not Killing Alliance, to contribute to the programme at 0820 the following day:

'Hi Peter, James at BBC Breakfast here. We'd like you on the show tomorrow morning talking about Stephen Hawking. Are you available?'

I phoned back and accepted. 'James' lined me up to speak to camera at the main London studios the following morning and said he would ring me back in five minutes to confirm travel arrangements.

Ten minutes later I was dumped by text:

'Thanks for speaking to me just now. Afraid we're not going to talk to you on the programme on this occasion. Sorry for the hassle. James, BBC Breakfast.'

I was naturally interested to see who they had in my place. But next morning, it was a one-to-one interview with Lord Falconer that was heavily billed throughout the programme.

So how did our national broadcaster provide 'balanced coverage' on this contentious issue?

Basically we had the extract from Hawking interview the previous day followed by the presenters, Bill Turnbull and Susannah Reid, offering Falconer an open goal to say what he wanted in order to promote his bill.

Falconer understandably grasped the opportunity with both hands and waxed lyrical about how wonderful things were in Oregon and will be here too once his bill was passed - far safer than at present when we all have to go off to Switzerland where there are no 'safeguards'. There was no serious challenge and no opposing view put.

Why did they drop me? One can only speculate. I suspect that BBC cheerleading played a part, but I suspect also that Falconer, possibly remembering our last debate on the Radio Four Today programme, might have said that he would prefer to speak unopposed and they deferred to his requests.

I guess we will never know - unless someone truly in the know speaks out.

But this is just the latest in a long line of episodes of BBC cheerleading for various forms of euthanasia.

Yes, I've written to the Director General of the BBC about it and have encouraged others to complain. But I am not holding my breath.

In the meantime I have been privy to a conversation of angry disability rights leaders wondering what they have to do to get their voices heard in the media. My advice is not to try the BBC.

Suzanne Jamieson (Mrs): Sat, 28 Jun 2014 16:23
I am sck to the teeth of Lord Falconer's Assisted Dying Bill. I am sick of hearing the power he has over the media. Only an extremely few people seem to favour his Bill. I am onr of the vast majority who do not. I do not want to see any change in rthe law against assisted suicide/euthanasia. I am disabled and use a wheelchair full time. I recently had an operation for bowel cancer which although I had to fight for was successful and I am here to tellthe tale. If assisted suicide were legalised I would probably be dead. Like many other people, I am vulnerable, I would hate the idea of being pushed to the point where I didn't have any option legally but assisted suicide. Lord Falconer. Listen to these many vulnerable people.
Please enable javascript to post comments!
Our Position »
Live Issues »
Scotland »
FAQs »
Get Involved »
Donate »