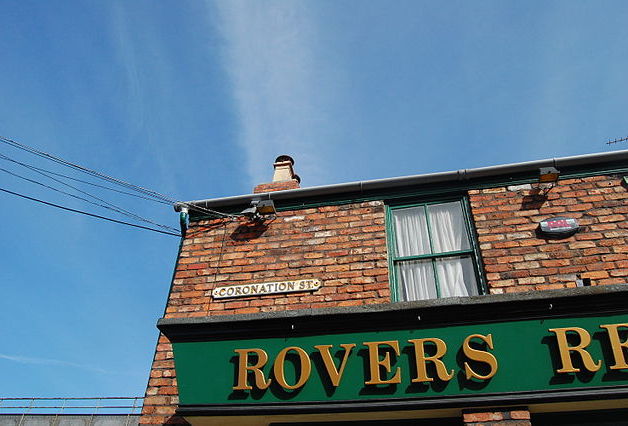 The BBC reported recently that the ITV Soap Coronation Street is to run a story on assisted suicide centred on the character Hayley Cropper.

Hayley, the first transgender character in a British soap, has been diagnosed with inoperable pancreatic cancer and the show has revealed that as her health deteriorates she will decide she wants to take her own life.

Cancer of the pancreas is not uncommon: 7,065 people in England and Wales died from the disease in 2010.

However, the overwhelming majority of those with pancreatic cancer, or in fact any other physical disease or disability for that matter, do not want assisted suicide or euthanasia but rather good care and support.

So this in itself means that Coronation Street is in great danger of normalising an occurrence that is actually very rare indeed.

It is a widely held misconception that people with terminal illnesses or disabilities are more likely than those in the general population to want to end their lives.

In fact suicidal thinking is far more likely to be related feelings of hopelessness or worthlessness - existential or spiritual factors that may accompany illness - rather than physical symptoms which can in the main be effectively controlled.

90% of those who commit suicide suffer from some form of mental health issues including depression, bipolar disorder, borderline personality disorder and alcohol or drug misuse.

American psychologist Thomas Joiner, has said that the three main factors causing someone to turn to suicide are:

It is when these factors accompany illness that people might begin to find the prospect of euthanasia or assisted suicide appealing. But then our response, as with any suicidal person, should be to address these issues, not to reach for the euthanasia needle.

It was for these reasons that when Emmerdale, another TV Soap, ran an assisted suicide plot in 2011, the programme was not surprisingly criticised by disability rights groups for misrepresenting the lives and attitudes of sick and disabled people.

Emmerdale did eventually take a realistic view about the huge ramifications for the lives and relationships of those left behind after an assisted suicide and showed something of the huge emotional and spiritual fall out for those involved.

The way the media handles suicide is incredibly important - as it may have the effect of either increasing suicides or preventing them - the Werther and Papageno effects respectively.

However a recent paper in the British Medical Journal, 'Papageno vs Werther Effect', has demonstrated that some media coverage of suicide actually leads to a decrease rather than an increase in suicide rates:

'Newspaper items accounting for (a decrease) form a distinct non-sensationalist class of suicide reporting. They follow the recommendations of the World Health Organization in reporting suicide—for example, avoiding terms such as suicide epidemic. Our findings suggest that media reports on individual mastery of suicidal crises are highly relevant in preventing suicide.'

In other words, media stories about how people coped positively with suicidal feelings actually lead to a decrease in levels of suicide in the general population - the 'Papageno effect'.

The BBC, which has been justifiably called a 'cheerleader for assisted suicide' for portraying assisted suicide in a positive light, could learn some lessons from Emmerdale.

Let's hope that ITV will too and that this new story in Coronation Street will not act as a propaganda vehicle for the pro-euthanasia movement and in the process push more vulnerable people over the edge by making suicide seem like an attractive answer to life's problems.

While soaps should not avoid controversial subject matters, it is crucially important that this particular issue is presented in a sensitive way and handled with great care.

Irresponsible portrayal of suicide risks being a recipe for elder abuse and a threat to vulnerable people, many of whom already feel under pressure at a time of austerity and who are worried about being a financial or emotional burden on others.