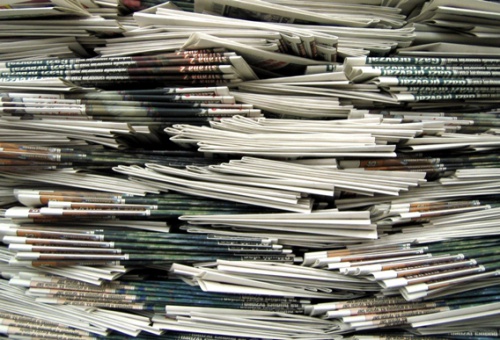 The Guardian last week ran the story of a man with motor neurone disease who wants to end his life.

Paul Chamberlain, 66, a former chartered accountant from Surrey, we are told, has obtained the drugs he needs 'from overseas'.

Health editor Sarah Boseley uses Chamberlain's case to promote Lord Falconer's Assisted Dying Bill, which has been drafted by Dignity in Dying (the former Voluntary Euthanasia Society) and is due to have its second reading in the House of Lords this autumn.

A Samaritans contact phone number is given for those who might be 'struggling to cope' but this is a largely empty gesture aimed at giving respectability to a piece of journalistic propaganda which suggests that it can be both right and reasonable for sick people to kill themselves.

The WHO international guidelines on suicide portrayal refer to over 50 published studies, systematic reviews of which have consistently drawn the same conclusion, that media reporting of suicide can lead to imitative suicidal behaviours.

By portraying this unfortunate man as a hero who is taking a brave and reasonable course of action, and by failing to do justice to the wider context of the debate, Boseley is steering vulnerable people toward suicide.

In so doing she has also bought into the myth that we should consider suicide in people who are sick or disabled as somehow different from suicide for those with mental health problems or who feel their lives are no longer worth living for other reasons.

But the idea that suicide should be promoted in the former group but prevented in the latter creates a false distinction and is actually profoundly discriminatory.

In reality most sick and disabled people do not want and to die and most people who do wish to die are neither sick nor disabled.

Our response to all suicidal ideation should not be to hand over a poisoned chalice but to ask how we can manage the underlying problem better.

There are about 5,000 people in the UK with motor neurone disease (MND). About 1,000 die with the condition each year, three every day.

The vast majority do not want so-called 'assisted dying' (a euphemism for being poisoned with lethal drugs) but rather 'assisted living' until they die naturally.

But Boseley's article gives no voice to this silent group. Nor are we told anything about the care available for people with MND. No one representing the majority of those with the disease (like Alistair Banks) is given an opportunity to put a contrary view.

We also learn nothing about the rapid escalation of euthanasia and assisted suicide cases in the Netherlands, Oregon, Switzerland and Belgium which have legalised the practice but instead, without any evidence, are assured that such problems are imaginary.

Is it mere coincidence that this story follows hot on the heels of the visit of campaigner Philip Nitschke (aka Dr Death) who recently ran a seminar in London advising attendees about how to obtain lethal drugs over the internet?

Thus far over 50 people in his native Australia have killed themselves with a drug which he promotes. One third of these were people in their 20s and 30s. Was it Nitschke, perhaps, who is also 'helping' Chamberlain?

Assisting suicide is illegal in Britain for good reasons.

First, any change in the law to allow assisted suicide or euthanasia would place pressure on vulnerable people to end their lives for fear of being a financial, emotional or care burden upon others. This would especially affect people who are disabled, elderly, sick or depressed.

Second, persistent requests for euthanasia are extremely rare if people are properly cared for so our priority must rather be to ensure that good care addressing people's physical, psychological, social and spiritual needs is accessible to all.

Third, hard cases, like that of Paul Chamberlain, make bad law. Even in a free democratic society there are limits to human freedom and the law must not be changed to accommodate the wishes of a small number of desperate and determined people.

In accepting that suicide is sometimes right and that there is such a thing as a life not worth living Boseley crosses two critical and dangerous rubicons.

Her propaganda and Falconer's bill should be given similar short shrift.