Has medicine 'lost its way'?

'The holistic nature of our care, the presence, the confidence to bear witness to all suffering is what underpins hospice care. To introduce "death on demand" as an option seems to be a tragic and unnecessary development' 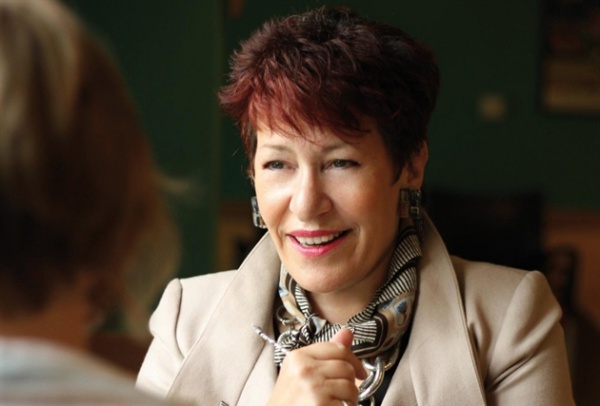 Writing in July last year on death, dying and the debate thereon, Dr Ros Taylor (Hospice Director at The Hospice of St Francis in Berkhamsted) contended that 'medicine has lost its way'. Her thoughts, laid out as the House of Lords prepared to debate Lord Falconer's Bill, bear reading in full, but these are a selection of key passages.

We do see sadness and grief at leaving life but most of all we see people striving to live another day and welcoming refreshing conversations about what is still possible, what lifts their spirit. We see new connections. We see suffering borne and shared and owned. We see suffering come and go.

We do have many conversations about death . . . what will it be like, can we speed it up, can we slow it down - but these usually lead into a richer dialogue about past life and future possibilities. They are a trigger for attention rather than a practical request to die. Often I have asked patients if I had a button that they could press there and then - would they want to do so now - the inevitable response is let's wait and see what tomorrow brings.

Autonomy and the right to self-determination is a powerful theme, but which of us ever make decisions that are not influenced by others, or have an impact on others. I don't.

Autonomy has been described as a relational concept and this is what I see every day. When I talk to dying people their prime concerns are rarely for themselves, but for those close to them. We are good at influencing people in their decisions, particularly when they are in pain or sad. If assisted suicide is legalised, this influencing will include an option to die, which many might consider that it is their duty to take.

Evidence for Oregon and Washington is that 'feeling a burden' is a prime reason that people want to end their lives. Surely the response to this sense of burden is to unravel it and discover ways to make our communities kinder, safer and more connected…not to pass a law to kill each other.

[The national conversation] should and could be about living confidently and living well with a terminal illness and making the most of life. This is an agenda that has been lost from recent thinking. Is this debate underpinned by a terror of illness and a lack of care? Is this about misunderstanding what palliative care can offer? We do not recognise the "doped haze" of palliative care that Lord Lester talks of. We see people back at work, travelling, singing and dancing on the right doses of pain relief. Or is it simply that death has become a commodity now that we want to control in terms of time, place and style? 21st century "cool".

I was surprised this week to receive an amazing donation from the son of a man who received just 24 hours of care in our hospice. I asked him what had prompted the donation. I quote from his letter: "In the weeks before his death, my father was admitted to several hospitals all of which seemed keener to discharge him than to address the fundamental issues. What I found so surprising was the reluctance of numerous physicians to engage with us regarding his imminent death. It was such a refreshing change to meet the hospice staff who managed to combine an ability to face up to reality with a deeply caring attitude."

The holistic nature of our care, the presence, the confidence to bear witness to all suffering is what underpins hospice care. To introduce "death on demand" as an option seems to be a tragic and unnecessary development.

However, recent evaluation shows that our hospice only reaches less than 30% of those who are dying. We can't afford to reach that other 70%. They don't all need us, but many more do. And even the care of this minority is mainly funded by selling second-hand clothes, running marathons and abseiling down tall buildings. The UK is now the only European country where palliative care and hospice care is predominantly funded by charity, by our community, not by government.

Palliative care as a recognised approach to suffering began in the UK. The community hugely values this approach. The public donate £500 million pounds to hospices and 100,000 people volunteer. Surely this is a sign that people deeply care about a safe, holistic and attentive approach to care, as defined by hospice care. This approach needs to be mainstream and funded properly. This is what our politicians should be debating…better care for 500,000 people who die in the UK every year, not the killing of 1,000. The response to poor care and fear should be more universal access to better and trusted care, in hospice, in our hospital and at home. If this was the case, I wonder if we would still be hearing those stories of suffering that have dominated the airwaves in recent months.

So it is hard to understand how death has moved from something that has been happening to humans for 200,000 years in communities, to being an optional medical condition being debated in the House of Lords! Laws need to protect us all, not the determined few. And we all die.


Reproduced by kind permission of eHospice ('hospice, palliative and end of life care news, views and inspiration from around the world') and Dr Ros Taylor.