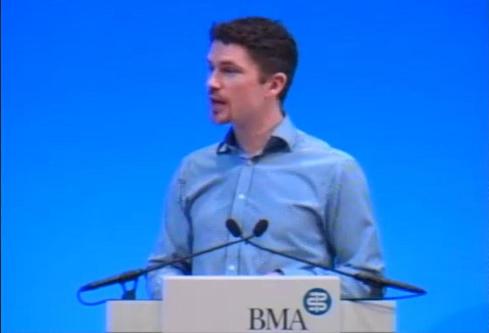 Negative media coverage of the Liverpool Care Pathway (LCP) in recent months has been incredibly unhelpful, spreading fear and confusion amongst patients and relatives. A small number of well-publicised failures to use the tool properly have led to a widespread smearing of its name. Some media coverage has approached the hysterical, with implications that certain doctors are killing off patients in a Nazi-style cost-saving project that amounts to covert euthanasia.

So it was good to be able to set the record a bit straighter at the Annual Representative Meeting of the British Medical Association in Edinburgh last month. The ARM is the BMA's annual policy-making engine, and motions passed there become official policy of the organisation.

Hundreds of potential motions are submitted for the ARM around three months previously so they can be whittled down by an agenda committee to find those deemed most appropriate to debate. It is always tricky trying to judge in advance which issues will be given debating time; this is especially the case in the ethics section, where a large number of contentious issues are put forward for debate.

This year the frenzy around the LCP came to the forefront and the timing worked quite well as the government-sanctioned Independent Review of the LCP under Baroness Neuberger is considering its judgment.

I spoke to propose the motion (see below) and highlighted the following issues:

But many of the current concerns were dealt with by the last revision of the LCP in 2009. LCP version 12 states that it is 'only as good as the teams using it…it involves regular assessment…reflection, challenge, critical senior decision-making and clinical skill.'

What's new is the allegation that NHS organisations have been financially incentivised to increase the percentages of dying patients placed on the pathway. This risks a tick-box culture where clinicians may be tempted to feel that the job is done simply by 'getting the patient on the LCP' - regardless of whether it's appropriate.

The Neuberger Review has much to consider, and various organisations have submitted evidence to it. In the majority of cases, the problems highlighted seem to be much more about the poor use of the LCP, rather than inherent deficiencies in the tool itself. The terms of reference for the Neuberger Review state:

The LCP is clear about the importance of communication. It is designed to support professionals, who may not be palliative care specialists, to provide personalised, hospice style-care. It encourages staff to anticipate the treatment an individual may need, and to be ready to provide it swiftly, but it does not dictate the treatment anyone should receive. The issue is therefore not about the merits of the LCP itself, but about how it is being used.'

The last sentence is the critical one. By far the main issue seems to be ensuring that tools like the LCP are used well, not just rolled out blindly.

Baroness Ilora Finlay, Professor of Palliative Medicine at Cardiff University, highlighted a few practical issues with the LCP, especially how the term 'pathway' can be unhelpful, sometimes implying a one-way street to death, when patients can sometimes improve and be taken off it quite appropriately (around 3%).

Baroness Neuberger's conclusions, expected in mid-July, are eagerly awaited, and no doubt will contribute to further clarity in the use of end of life tools such as the LCP. I suggested that the following things are needed in this debate:

Let's hope that the review will restore confidence in end of life care, and lead to improved use of tools like the LCP. I closed my speech with the following words:

The LCP may not be perfect, but it can be an excellent tool, and if it's used well then it will continue to serve the needs of dying patients.

The debate webcast can be watched online - listening from 41:11.

The full text of the motion as passed: