Tony Nicklinson – there are limits to choice in a free society 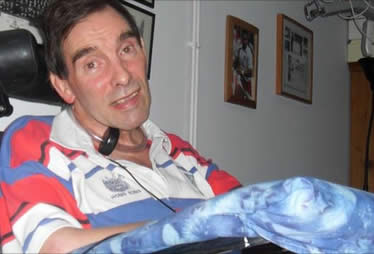 As reported in the Guardian, Telegraph and Huffington Post, Tony Nicklinson, a 57 year old man paralysed from the neck down after suffering a stroke that left him with locked-in syndrome, today begins a high court battle to allow doctors to end his life. Today's hearing is a 'pre-trial review'.

We have mentioned this case in some detail previously so will not review the background again here.

But the key point to grasp is that Nicklinson, because he is not capable of killing himself even with assistance, is not seeking assisted suicide but euthanasia. So this is an assault on the Murder Act 1965 and not the Suicide Act 1961.

Nicklinson is pushing for a much greater change in the law than either the Falconer Commission on 'Assisted Dying' or Dignity in Dying (formerly the Voluntary Euthanasia Society). They are campaigning for assisted suicide for people who are terminally ill - but euthanasia is one step further than assisted suicide and Nicklinson is not terminally ill.

No one can help but be sympathetic to Tony Nicklinson but cases like his are extremely rare and hard cases make bad law. The overwhelming majority of people with severe disability - even with 'locked-in syndrome' - do not wish to die but rather want support to live.

Even in a free democratic society there are limits to choice. Every law limits choice and stops some people doing what they might desperately wish to do but this is necessary in order to maintain protection for others.