Case of M: A Review 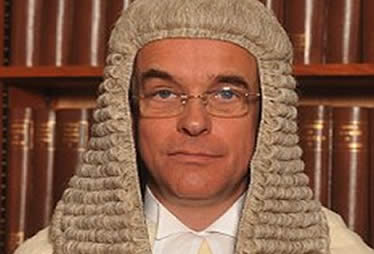 On 28 September the Court of Protection ruled in favour of life in the case of M, a 53 year old woman who suffered severe brain damage as a result of viral encephalitis in 2003.

M's sister and partner wanted artificial nutrition and hydration (ANH) given via a gastrostomy tube to be stopped with the explicit intention of ending her life. But the PCT caring for M and the Official Solicitor opposed them.

Since the 1993 Tony Bland decision, 43 patients with permanent vegetative state (PVS) have died following court rulings to remove ANH but M was the first case with minimally conscious state (MCS), the next step up from PVS, to come before the courts.

In his judgment (1) Justice Baker found that M had some awareness of herself and her environment, and some understanding of language. Sheoccasionally spoke, appeared to be able to appreciate some things that were said to her, and responded to music. She regularly experienced pain, but this was not constant or extreme, and her condition was stable. The prospect of any significant improvement in the level of consciousness was remote. In reaching these findings he found, not surprisingly, that the carers who had daily contact with M had the greatest insight into her condition. It was their observations that squared most accurately with the more objective results from the 'Sensory Modality Assessment and Rehabilitation Technique' (SMART) and 'Wessex Head Injury Matrix' (WHIM) assessment tools.

The judge applied principles established by previous cases and affirmed by the Mental Capacity Act 2005 (MCA). ANH can only be removed if it is in the best interests of the patient (2) and the burden of establishing this rests on those who want it withdrawn. (3) In determining best interests a balance sheet approach is used, (4) but the assessment is holistic, including not just medical considerations, but also the patient's wishes, feelings, beliefs and values.

M had not given any indication before her injury about how she might like to be treated should she lose capacity. This meant that the deciding legal principle was the right to life. Justice Baker concluded: 'the principle of the right to life is simply stated but of the most profound importance. It needs no further elucidation. It carries very great weight in any balancing exercise.'

The decision was not surprising. The key problem enshrined in the MCA remains - it already allows legally binding advance refusals of ANH placing some vulnerable patients at risk - but this case has not taken us further down the slippery slope.