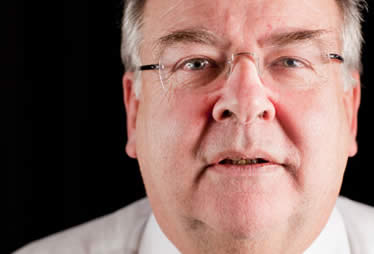 Lord Falconer’s dubious ‘Commission on Assisted Dying’ is due to report on 5 January 2012, over a year after it first launched in 2010.

The private commission was set up by Falconer because Dignity in Dying (previously the Voluntary Euthanasia Society) had failed three times since 2006 in legalizing assisted suicide in Britain and was losing credibility.

The House of Lords were so sick of debating the issue that they refused to set up a Royal Commission or any other official parliamentary committee to revisit it.

Therefore children’s novelist Terry Pratchett, a Patron of DID, agreed to pay for a private commission headed up by Lord Falconer, a known pro-euthanasia advocate who had attempted to decriminalize assisted suicide through an amendment in the House of Lords in 2009 in order to provide new impetus for the campaign.

Included in the panel of twelve ‘independent’ people assembled for the commission were no less than nine known to support the legalization of assisted suicide and/or euthanasia.

Given these circumstances it was not surprising that over 40 organisations refused to give evidence to the commission, and that it ran out of ‘witnesses’ half way through last year after DID had encouraged its members to send in their own ‘evidence’.

The panel was due to report in November this year but the report was put off until the New Year, apparently to avoid the eurozone financial meltdown news storm in the hope of attracting more publicity. It is also thought that a 2012 date was needed, to prevent the report immediately losing its relevance and in the hope that journalists with short memories would have forgotten what had previously been written about it.

DID are expected to launch more assaults on Britain’s Suicide Act and Murder Act in the New Year and for this reason we have seen a recent escalation of high profile cases demanding a change in the law.

Falconer’s commission is expected to make recommendations in line with DID’s incremental legalization strategy. That is, he is expected to conclude that there is a case for ‘assisted (suicide) for mentally competent terminally ill adults who are suffering unbearably, but with robust up-front safeguards’.

In the meantime we should take warning from a similar recent report recently produced in Canada as part of a similar pro-euthanasia campaign.

The Royal Society of Canada’s Expert Panel Report on End-of-Life Decision Making sounds impressive and on first appearances it is – 117 pages of carefully documented ‘evidence’ and ‘recommendations’.

But this is only on first appearances. Its conclusion last month that assisted suicide and voluntary euthanasia should be ‘legally permitted’ should alert our antennae and it is perhaps no surprise to find that the ‘expert panel’ which put it together consisted of five members, four of whom are known to be adamant euthanasia advocates.

An October press release from the RSC had said that the report was ‘designed to be balanced, thorough, independent, free from conflict of interest, and based on a deep knowledge of all of the published research that is pertinent to the questions that have been posed.’

But as commentator Wesley Smith has pointed out, ‘expert commissions’ to advise on contentious issues of public policy are usually political tools designed to come to a predetermined conclusion in order to pave the way for a desired policy changes.’ He adds, ‘the bias [in the report] isn’t even subtle’.

Queen’s Philosophy professor Udo Schuklenk, who headed the panel, is a well-known pro-euthanasia philosopher. In an essay explaining why he is an atheist, Schuklenk argued that ‘our end-of-life decision-making’ is interfered by ‘religions’ that ‘stand as one in their rejection of many dying patients’ requests to end their lives in dignity’.

Also on the panel was Sheila McClean, who argued in favor of legalizing assisted suicide in her book ‘The Case for Assisted Suicide’, Jocelyn Downie, author of ‘Dying Justice’, a book urging the decriminalization of both euthanasia and assisted suicide, and Johannes J. M. van Delden, a Dutch euthanasia researcher.

In its report the RSC speaks of human dignity as a ‘value whose meaning is obscure’ and adds that the ‘concept of dignity cannot provide a sound basis for either supporting or rejecting a permissive regime with respect to voluntary euthanasia or assisted suicide’.

The RSC report argues that legalizing euthanasia and/or assisted suicide does not ‘result in vulnerable persons being subject to abuse or a slippery slope from voluntary to non-voluntary euthanasia. The evidence does not support claims that decriminalization will have a corrosive effect on access to or the development of palliative care.’

Consistent with its use as a campaigning tool the report was published just a day after the commencement of a case in British Columbia in which B.C. Civil Liberties Association and Gloria Taylor, a 63-year-old woman suffering from ALS, are challenging Canada’s laws against assisted suicide.

Margaret Somerville, founding director of the Centre for Medicine, Ethics and Law at McGill University, has attacked the report as follows:

‘The arguments against the legalization of euthanasia and physician-assisted suicide are almost completely absent. Moreover, issues are considered almost entirely at the individual level. There is no in-depth discussion of the impact of legalizing euthanasia at the institutional level (in particular, the impact on health-care institutions and professions, and on the law) or at the societal level (in particular, on important shared values, such as respect for life). In fact, the value of respect for life is not discussed - an extraordinary omission.
The reporting on practices in jurisdictions that allow euthanasia and assisted suicide is seriously deficient, and selective. The report's coverage of abuses, problems or controversies is minimal.

For example, the report indicates that there has been one case of the use of euthanasia on disabled babies in the Netherlands. This is probably correct in the short time since the criteria for allowing such euthanasia was formally accepted by the Dutch Society for Pediatrics in 2005. But an article in the New England Journal of Medicine documents 22 cases of babies with spina bifida being euthanized in the Netherlands prior to that; this is not mentioned in the report. Likewise, a survey of Belgian physicians who had carried out euthanasia that found that 32 per cent of those physicians had euthanized patients without their request or consent, is never mentioned.’

‘The report emphasizes the burden and health-care costs of an aging population, and gives the impression that euthanasia and physician-assisted suicide will help to resolve this "problem." The authors note that euthanizing people "in advanced stages of dementia" will be an issue to be addressed in the future, and they don't reject the possibility that this might be acceptable.’

Falconer is not expected to go as far in his recommendations as the Canadian Royal Society Panel.

But he will use similar arguments and his more modest ‘recommendations’ will be in keeping with a clever incremental strategy. If Britain can be made to accept the general principle that assisted suicide or euthanasia should be legalized for some the boundaries can later be extended using equality and human rights legislation.

It was stated earlier this year that Falconer’s commission was unnecessary, biased and lacking in transparency. Do not expect to be surprised by its conclusions.