Charles Falconer's 'Commission on Assisted Dying'is due to report on Thursday 5 January 2012, over a year after it first launched in November 2010, but its recommendations have already being leaked (i.e. pre-announced) this week and we can expect more drip-drip as the week goes on. 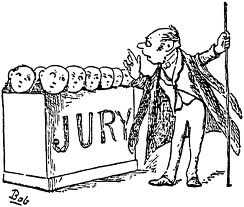 The commission was originally 'suggested' by the pressure group Dignity in Dying (formerly the Voluntary Euthanasia Society) and has been part-funded by Terry Pratchett, one of their patrons.

Nine of the twelve members, handpicked by Falconer, are already known to favour a change in the law, including all four parliamentarians and all four doctors.

The commission is expected to make conclusions in line with Dignity in Dying's campaign objectives - that is, that there is place for 'a bill making provision for mentally competent, terminally ill adults who are suffering unbearably, to have "assisted dying" (this term will be I predict left conveniently undefined) with robust up-front safeguards'.

A Royal Society committee in Canada, similarly constituted, has recently made similar recommendations for the legalization of assisted suicide and euthanasia.

So who is on this 'grand jury' and what do we know about them? Who are'the twelve'?

All four Parliamentarians on the commission have either made their pro-assisted dying views public or voted for legalisation in the Houses of Parliament.

Lord Falconer himself, who chaired the commission, has campaigned long and hard on this issue and attempted to legalise assisted suicide via an amendment to the Coroners and Justice Bill in 2009.

Penny Mordaunt MP has not had an opportunity to vote on the issue buthas made her own support for legalisation very clear and has, since joining the commission, taken on the chairmanship of the All-Party Parliamentary Group on Choice at the End of Life, effectively the political wing of Dignity in Dying, which acts as its secretariat.

While all the major disability rights organisations in the UK (RADAR, UKDPC, NCIL, SCOPE, Not Dead Yet) oppose a change in the lawStephen Duckworth, Chief Executive of 'Disability Matters Limited', is one of those rare disabled people actually to back legalisation. 'Disability Matters' sounds grandiose but it is in reality just a private business which according to Companies House ceased trading in 2010! Judging by the current inaccessibility of its website, it may not be doing all that much at present other than attempting to lend credibility to the commission. Duckworth happens to be disabled (hence his usefulness to Falconer) but he seems not to represent anyone but himself. Hardly surprising then that he is included on this panel.

Lord Ian Blair of Boughton, former Commissioner of the Metropolitan Police, firmly supports a change in the law and has confirmed this only this week.

So who does that leave? Just three whose views we do not already know:Dame Denise Platt, Member of the Committee on Standards in Public Life; Celia Grandison-Markey(according to the website she has now been removed), Management Consultant for Health and Social Care in the public sector; and the Revd Canon Dr James Woodward, Anglican Priest and Canon of St George's Chapel, Windsor.

So it is clear that this is not an independent committee. No wonder that the British Medical Association has refused to give evidence to it along with over forty other organizations.

Lord Falconer, of course, is perfectly free to set up an ad hoc committee to take evidence and make recommendations to Parliament. It is a free country and he has every right to try and influence public policy.

But it is a trifle disingenuous of him to pretend that a group with such clearly settled prior convictions, might bring any impartiality or objectivity to bear on these important issues.