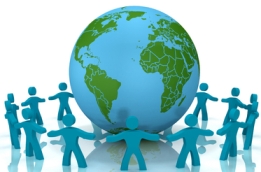 Dr Peter Saunders, Campaign Director of Care Not Killing said, “This investigation was unnecessary, biased and lacking in transparency and its report is seriously flawed. It is being spun as a comprehensive, objective and independent review into this complicated issue. It is anything but.

“This private commission was sponsored by Dignity in Dying, formerly the Voluntary Euthanasia Society, and financed by one of their patrons, with panel members being handpicked by Lord Falconer, a leading advocate of changing the law.

“Nine of its eleven members were known backers of assisted suicide with a strong ideological vested interest in this as the outcome. Those with a differing view including representatives from the major disability rights organisations and doctors groups were not invited to join the Commission. The overt bias in the structure of the commission is why over 40 organisations including the British Medical Association and many individuals boycotted the inquiry.

“What the commission is proposing is a less safe version of the highly controversial Oregon law, which sees the terminally ill offered drugs to kill themselves, but not expensive life saving and life extending drugs. It’s so-called ‘proposed safeguards’ are paper-thin and have already been rejected three times in the last six years by British Parliaments. These recommendations if implemented will place vulnerable people under increased pressure to end their lives so as not to be a burden on others. This pressure can be especially intense at a time of economic recession when families and the health service are already feeling the pinch. The so-called right to die can so easily become the duty to die.

“The current law exists to protect those who are sick, elderly, depressed, or disabled from feeling obliged to end their lives. It requires every case to be reviewed by the police and the DPP to determine whether a prosecution is appropriate. The present law protects those who have no voice against exploitation and coercion, acts as a powerful deterrent to would-be abusers and gives discretion to judges to temper justice with mercy in hard cases.

“The current law does not need changing.”

• to ensure that existing laws against euthanasia and assisted suicide are not weakened or repealed during the lifetime of the current Parliament;

• to inform public opinion further against any weakening of the law.