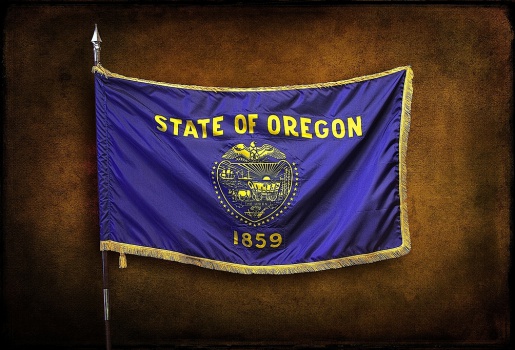 238 people died by legal assisted suicide in Oregon last year. Given that in more than one in four cases (106 out of 383), the authorities don't yet know whether 2021 prescription recipients died by assisted suicide, it would not be surprising to see that total revised up in next year's report. To place the figure in a more familiar context, 238 deaths in Oregon would extrapolate to 3,756 for a UK-sized population. That's almost four-and-a-half times the capacity of London's St Thomas's Hospital, which faces our Parliamentarians across the Thames.

The median duration of doctor-patient relationships preceding clearance for assisted suicide was five weeks in 2021, down from nine weeks in 2020 and down from 12 weeks averaged across 1998-2019. This period in which doctors can doctors can help patients address concerns, seek access to meaningful care and support, and assess capacity and coercion, is narrowing. All the while, at least one Oregon physician was prescribing lethal drugs every seven or eight days last year - the phenomenon of doctor-shopping is real, as indicated by the concession that some 2021 decedents had known their prescribing doctors for less than one week.

Once again, the main reasons cited for seeking assisted suicide were not clinical but rather existential in nature: 93.3% mentioned "losing autonomy", 92% being "less able to engage in activities making life enjoyable." Once again, fear of being a "burden on family, friends/caregivers" was a factor for more than half (54.2%), and of course in reality, this is part and parcel with the first two, alongside almost one in ten who mentioned the "financial implications of treatment". Only 26.9% cited "inadequate pain control, or concern about it". Assisted suicide in reality serves as a cheap, lethal response to a raft of complex social and existential concerns.

Although cancers remain, collectively, the most prominent underlying illness, the proportion they make up continues to shrink as more and more illnesses are deemed eligible. "Endocrine/metabolic disease [e.g. diabetes]" is now well-established on the list, but the footnote appended to "other illnesses" continues to lengthen. Despite Oregon's law being predicated on having "an incurable and irreversible disease that has been medically confirmed and will, within reasonable medical judgment, produce death within six months", we are nonetheless barely surprised that anorexia and hernias have now joined "arthritis, arteritis, blood disease, complications from a fall… kidney failure, medical care complications, musculoskeletal system disorders, sclerosis, and stenosis."

When British proponents of an Oregon-style law disparage the concept of mission creep - the slippery slope - bear in mind that Oregon health officials freely admit that without amending the legislation, they have re-interpreted the terminal illness requirement to include those who forego treatment for otherwise non-terminal conditions. This of course makes a mockery of the much-vaunted six-month proviso, and indeed at least one 2021 decedent lived 1,095 days - three years - between first request and death. The report's authors have clearly been stung by this observation, as they note that only nine 2021 decedents outlived their six-month prognosis, but this is meaningless given that in all 238 cases, assisted suicide foreshortened life by unknowable extents. This is especially true now:

"Since 2020, the DWDA provides an exemption to the statutory waiting periods for patients expected to live fewer than 15 days after the time of their first oral request for medication. In 2021, 81 patients (21% of DWDA prescription recipients) were granted exemptions."

We've already noted that of 383 people provided with lethal drugs in 2021, the state of Oregon has no idea whether 106 have yet used their prescription, including 69 with "death… status pending." The unknowns have always been a big factor in these reports, and it only becomes more glaring.

Almost every table in the report includes percentages alongside round numbers, except where the percentages look bad. In 68.5% of deaths, it is "unknown" whether there were complications; 2021 did see five cases of difficulty swallowing or regurgitation, and one "other" complication, quite apart from an individual who ingested the drugs but regained consciousness and died later from the underlying illness.


© Image copyright of PhotoAtelier and licensed for reuse under Creative Commons License 2.0