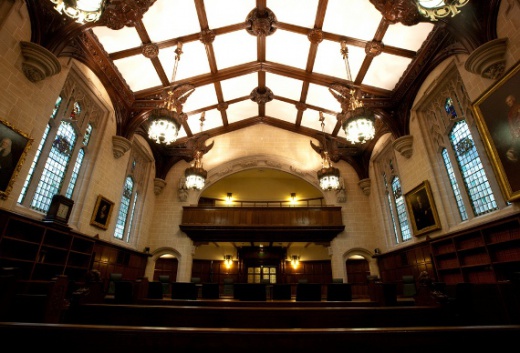 So, the ban on assisted suicide remains.

For that, many will be thankful whilst being sympathetic to the tragic, difficult circumstances of those who are desperate for death and often, but not always, very ill.

These cases were heard by nine law lords of the Supreme Court. The mechanics of British justice were impressive, including a tour de force of a judgment by Lord Justice Toulson in the Court of Appeal and a cutting-edge debate of the law lords as they each illuminated points or commented to help the whole court.

Lord Neuberger looked moral issues in the face and said the courts will handle them. He pointed out that difficult or unpleasant decisions can, on occasion, be better dealt with by judges than the legislature because the courts are less susceptible to the pressures of the moment.

But he acknowledged parliamentary sovereignty and democratic accountability as having a final say and accorded parliament the opportunity of whether to amend the Coroners and Justice Act 2009, which makes an offence of doing an act capable of encouraging or assisting the suicide or attempted suicide of another person. He clearly wants to avoid a clash between court and parliament.

It is a truism that hard cases make bad law. The statutory ban on assisting suicide is subject to the Director of Public Prosecutions' (DPP) prosecutorial discretion. Everyone agrees that there are cases where prosecution is inappropriate even though the constituent parts of the offence are met.

The law is sensible - and many would say works well - in investing in the DPP the ability to make judgements on who should or should not be prosecuted. Of 85 cases referred to the Crown Prosecution Service between April 1st 2009 and October 1st 2013, 64 were not preceded with, 11 withdrawn and one successfully prosecuted.

The appellants in effect wanted to carve out an exemption to prosecution for a class of people which would have circumvented statutory legislation. There would have been real dangers in such an approach.

Lord Neuberger accepted that a blanket ban on assisting suicide protects the weak and vulnerable. He pointed out that there will be those like the appellants who do not wish to die and are in a particularly vulnerable position. Change the law and the message to the weak and vulnerable will be such as to make them more at risk of committing or seeking assistance to commit suicide, even when that is not what they really want. People easily feel valueless and an unjustifiable burden to others.

Concerns over the weak and vulnerable meant that judges raised the spectre of evidence being brought before the courts as to a safe and robust system to protect them. It is noteworthy that Lord Neuberger saw no point in singling out the terminally ill for special treatment - it is notoriously difficult to accurately assess when the end of life will occur - and he clearly felt that if anyone was going to be in the position of allowing early end to life it will not be the doctors but a court judge who will carefully weigh the issues.

In court, focused evidence on risk and safeguards may be the subject of the next litigation. However, as Lord Sumption said, the state is the guardian of moral values which have no "rational" or "utilitarian" justification. No-one of repute regards the risks in changing the law as insignificant. Lord Sumption favoured parliament's careful scrutiny of the subject and thought it clear parliament has determined the law should remain as it is.

He is right - now we await the introduction of a bill on the subject in July. Let us hope parliamentarians do not underestimate how humane and flexible the law really is.

© Image copyright of 'FuFu Wolf' and licensed for reuse under Creative Commons License 2.0

peter hynes: Wed, 9 Jul 2014 10:28
to each & every member of the house of lords, regarding the debate on assisted dying , to be debated on the 18th july 2014, this is suicide, in other words, , i have a sister of 90 yrs, , i as a brother , could not for the life of me, ask for my sister to be helped in suicide , , this bill would place vulnerable people at a serios risk, , , . so i for one , would not agree on passing this bill, , we have no right , to assist in helping poor helpless people to suicide ,
Please enable javascript to post comments!
Our Position »
Live Issues »
Scotland »
FAQs »
Get Involved »
Donate »