'The law in England and Wales remains unchanged, with the Court recognising that it exists to protect vulnerable, elderly and disabled people' 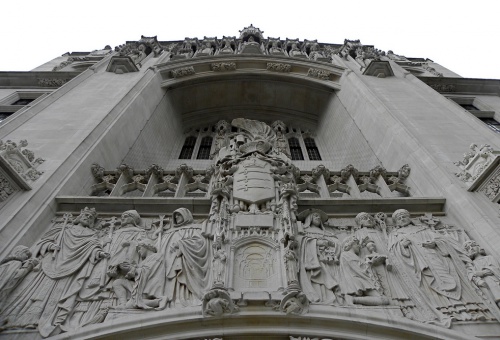 The judgement of the nine Supreme Court justices (concerning assisted suicide and euthanasia) in the cases of Nicklinson/Lamb and 'Martin' - in which CNK was an intervener - was handed down on the morning of Wednesday 25 June, seven months after the appeals were heard. Those of Nicklinson/Lamb and of 'Martin' were dismissed, while that of the Director of Public Prosecutions was allowed.

Dr Andrew Fergusson, a spokesman for the Care Not Killing alliance commented:

'We welcome this judgement from the highest court in the land.

'The law in England and Wales remains unchanged, with the Court recognising that it exists to protect vulnerable, elderly and disabled people. This is why Parliament has debated and repeatedly voted against changing the law in recent years.

'You only have to look at what is happening in Holland and Belgium to see the dangers of weakening laws designed to protect the vulnerable. In Holland, euthanasia is often performed 'without explicit request' while according to reports, twins who might go blind and a transsexual have been euthanised by the state. In both countries euthanasia is being extended to disabled babies.

'As Paralympian Baroness Tanni Grey-Thompson and other disability rights campaigners have said, changing the law would be dangerous and discriminatory. It would send out a very clear message to those who are disabled, terminally ill or just old that their lives are less worth living and protecting than the lives of the young and healthy.

'It is also worth noting that not a single major doctors group, including the BMA, Association for Palliative Medicine and the medical Royal Colleges backs changing the law on either assisted suicide or euthanasia.

'The current law exists to protect the vulnerable and those without a voice: disabled, terminally ill and elderly people, who might otherwise feel pressured into ending their lives. It does not need changing - a fact recognised by the High Court, Court of Appeal and now in the Supreme Court ruling.'

© Image copyright of 'Rev Stan' and licensed for reuse under Creative Commons License 2.0

Read the official Supreme Court summary of the ruling

Teresa Bates: Wed, 25 Jun 2014 18:15
This is wonderful news. I just wish that we shouldn't have to keep defending this. The vulnerable in our society must be protected. Any change in the law will mean a slippery slope. We only have to look at the abortion law which was meant for emergencies only. Today, it is a means in many cases as birth control. Assisted dying send Euthsnasis would be the same. One result - catastrophic
Please enable javascript to post comments!
Our Position »
Live Issues »
Scotland »
FAQs »
Get Involved »
Donate »