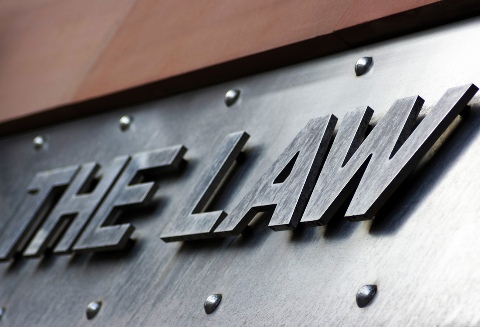 Writing for Halbury's Law Exchange last month, they considered 'the history and provisions of the Assisted Dying Bill, opposition to the Bill, and domestic and European jurisprudence', and came to the following conclusion:

'The authors express no opinion on the moral, ethical or philosophical implications of a "right to die" or assisted dying.

'However, regardless of whether the reader supports or opposes the general principle, the Assisted Dying Bill as currently drafted is unsatisfactory. Significant amendments are required in order to ensure the protection of vulnerable or elderly individuals, both by strengthening the eligibility criteria (particularly in relation to the assessment of capacity and "clear and settled intention") and ensuring the appropriate monitoring systems are in place. Such matters are far too important to be left to "codes of practice" developed after the passing of legislation. Serious consideration should also be given to whether such responsibility should be placed on the shoulders of a medical profession unwilling to bear it, or passed to the judicial system which is accustomed to considering difficult decisions and making the appropriate enquiries.'

While we disagree with the suggestion that safeguards could exist which can 'ensure' protection and monitoring, Quereshi and Nicol, significantly, highlight the need to differentiate between good intentions and bringing about sound legislation and acceptable practice. A lawyers' symposium in Scotland in May saw attendees apparently endorse the principle underlying the late Margo MacDonald's legislative efforts, but rejected her Bill: 'there was apparent consensus that it would be unworkable without substantial re-drafting'.

Polling released ahead of the second reading of Lord Falconer's Bill in July demonstrated a marked difference in support for the Bill before and after respondents were made aware of five key practical considerations, with support falling from 73% in principle to a 43/43 dead heat afterwards. Lord Falconer and his supporters have been told time and again that his Bill is at best deficient - and this is all to say nothing of grave concerns with the Bill's underlying principles - with no safeguards (only criteria), insufficient provision for psychiatric assessment, flawed reporting requirements et cetera, but have shown no interest in responding to such concerns. Little wonder: this would be to place a limit on the ambitions of figures like Lord Joffe, who said in 2006 that 'one should go forward in incremental stages. I believe that this Bill should initially be limited, although I would prefer it to be of much wider application...'

Many who support a change in the law do so with the best of intentions, but as July's polling shows, with (at best) incomplete information. Healthcare professionals, disabled people and (as seen above), increasingly, lawyers all acknowledge the chasm between the vision of such laws and the laws in practice. As Peers continue to assess Lord Falconer's Bill, they must confront perhaps the biggest question of all: do they honestly believe any amendment, any 'safeguard', is enough to protect vulnerable people? The evidence underpinning a resounding 'no' mounts every week.


© Image copyright of smlp.co.uk and licensed for reuse under Creative Commons License 2.0