We reflect on the principles and priorities of an honourable gentleman, whose approach should serve as a model for others 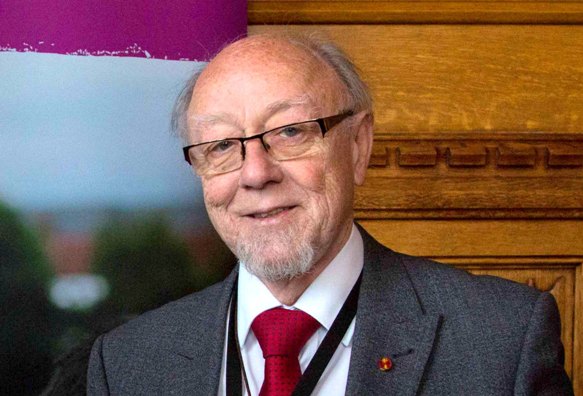 The death of Labour MP Jim Dobbin on Saturday 6 September triggered an outpouring of tributes for a dedicated public servant. For seventeen years the Member for Heywood and Middleton, Jim was - as a man of science, a former microbiologist - a man of considered and committed action, and he was a great friend to those speaking out against a society which would consent to devaluing people's lives through the passage of assisted suicide legislation. Just this past July, following the Falconer Bill's second reading, Jim wrote: 'Personally, I shall vote against this dangerous Bill if and when it comes to the House of Commons. Once you open the door on assisted dying, where will it end?' He pointed to the woeful experiences of Belgium and the Netherlands, and these comments were not isolated ones: Jim's balanced consideration of the issues stretches back many years.

In a 2012 Parliamentary debate concerning the Director of Public Prosecutions' guidelines, Jim stated that the current legal settlement focuses on 'public safety and, to my mind, on the protection of people with disability and serious illness, who are, as the guidelines say, of equal worth and therefore must have equal protection under the law. I highlight the issue of elder abuse within families and remind the House that not all families are loving or empathetic. It hardly needs to be stated that vulnerabilities such as physical dependence or mental health problems are not a reason for assisting suicide.'

He spoke out stridently against ambiguity in the assisted suicide debate, ambiguity calculated to make such proposals palatable:

'I am totally opposed to the legalisation of euthanasia, assisted suicide or assisted dying—whatever one calls it. It is referred to at the moment as assisted dying. I say "at the moment" because over the past few years full-blown and up-front debates on euthanasia have been held in the House of Lords, led by Lord Joffe. The campaign has changed from being one on euthanasia to one on assisted suicide, and it is now known as assisted dying. The trick, so often, is to soften the language throughout the campaign to gain public support. Therein lies a strategy.'

Supported by our Chairman Dr Brian Iddon (a fellow scientist, then MP for Bolton South East), Jim introduced a bill 'to broaden the scope of palliative care so that it encompasses all those with a terminal illness. This is an ambitious aim, but it can be achieved with sustained Government investment and support.' He told MPs that 'palliative care is about enhancing quality of life and enabling patients to live as actively as possible until they die, naturally and peacefully and, whenever possible, with their families around them. I am proud of the fact that the UK leads the world in palliative care, but the reality is that we are not doing enough because the service remains underfunded.' He made clear that to his mind, promoting the development of good end of life care is incompatible with supporting euthanasia and assisted suicide.

He was, moreover, an honest and practical man. He heralded palliative care as an 'antidote' to calls for assisted suicide and euthanasia, but noted that while 'the quality of palliative care in Britain has made huge strides during the past 10 to 20 years... its quantity and distribution have not kept pace. As a result, there is something of a postcode lottery for the terminally ill. Inadequate funding is allocated to palliative care in the NHS and there are not enough trained specialists in practice.' In acknowledging the imbalance of palliative care provision for those with particular illnesses, he simultaneously countered those who dismiss palliative care's potential.

'Half of all patients diagnosed with motor neurone disease die within 14 months of diagnosis, yet a survey carried out in 2005 found that only 39 per cent of such patients were referred to specialist palliative care services. Is it any wonder that people take fright when diagnosed with MND?'

His contention was simple: society must reconcile the potential of palliative care with the necessary allocation of resources:

'Palliative care does not require expensive treatments or technology, because its essence lies in specialist knowledge of how to use pain-relieving drugs and how to give holistic care to ease the dying process. A relatively small refocusing of NHS resources could bring disproportionate benefit compared with other branches of medicine. Only a minority of us will need cardiac surgery or neurosurgery, but one in two of us will be in need of good palliative care when we die.'

His engagement with the disservice done to palliative care and those who could and should benefit from it also took in age-based imbalances which affect the oldest and youngest in the final months of life, and to the end of his own life, he supported the work of children's hospices, rolling up his sleeves to press for better integrated children's palliative care in his constituency.

His horror at child euthanasia in Belgium, his opposition to devaluing the lives of disabled and seriously ill people by stating that their suicides should be assisted, and his support for integrated children's palliative care services reflected his own experience:

'...two of my grandsons live with serious disabilities. They are brothers, and they have a neurological muscle weakness that is controlled by medication. They are both wheelchair bound and require one-to-one support at home and in their education. From time to time, they have required life support systems. I do not want them, or any other person living with a disability, to experience pressure in a system whose law suggests that their lives might not be worth living.'

Jim Dobbin was a man who considered the evidence, took a view and from there on in was tenacious. He concluded that palliative care has untapped potential to relieve suffering on a massive scale and he abhorred efforts to obscure the reality of euthanasia and assisted suicide proposals which have their root not in hope but in despair. He concluded his remarks to the House of Commons during debate on his 2006 Private Member's Bill thus:

'Comprehensive palliative care legislation should be our priority. Legalising euthanasia or physician-assisted suicide would undermine the values and ethos of palliative care, a field in which Britain has led the world. For that reason, my Bill will specifically prohibit the wilful killing of patients. It will ensure that everyone has the right to a good death, regardless of age, diagnosis, ethnicity, background or postcode. I commend this patient-centred Bill to the House.'

We in turn commend his example to current and future Parliamentarians.

Obituaries: the Independent (by Parliamentary and party colleague, Tam Dalyell), the Guardian and the Telegraph.