Ahead of the Falconer Bill's second reading, key healthcare professionals' groups issued strong statements reiterating: we can do better for our patients. 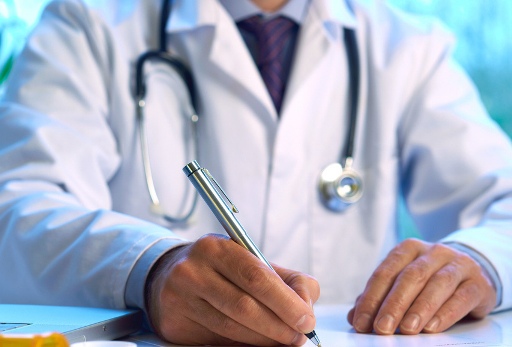 The Royal College of Surgeons' one-page briefing could not have offered Peers any greater clarity, beginning:

Only weeks before second reading, the British Medical Association's Annual Representative Meeting saw yet another attempt by a determined minority to force debate on so-called 'assisted dying' firmly rebuffed. As Dr Mark Porter, chairman of the BMA council, said earlier this year following efforts by the BMJ's editorial team to force the Association's hand, 'the BMA remains firmly opposed to legalising assisted dying. This issue has been regularly debated at the BMA's policy forming annual conference and recent calls for a change in the law have persistently been rejected.' In that spirit, the BMA issued a comprehensive document for Peers' use, citing the experience of other countries and offering the following executive summary:

'The law should not be changed to permit assisted dying.

'Legalising assisted dying could have a profound and detrimental effect on the doctor-patient relationship, even where doctors' involvement is limited to assessment, verification, or prescribing.

'Individual autonomy is important, but is limited where it could cause harm to others. It would be unacceptable to put vulnerable people in a position where they felt that they had to consider precipitating the end of their lives.

'Effective palliative care can effectively alleviate suffering and allay patient fears associated with the process of dying. High quality palliative care services should be widely available for those who need it, and the public should be better informed about such services.'

The Royal College of Physicians issued a succinct statement two days ahead of the debate, saying:

'Today [16 July] RCP Council reaffirmed its position on assisted dying - that it does not believe a change in the law is necessary.

'This policy is based on a 2006 survey, in which 73.2% of RCP fellows and collegiate members did not believe a change in the law was needed, with 26% believing the law should change. This policy was reaffirmed by the Royal College of Physicians' Council in 2012.'

While maintaining its policy of not taking any stance on the issue of assisted suicide, the Royal College of Psychiatrists acknowledged that

'Psychiatrists would not expect to be routinely asked to be involved in determining whether people are able to make the decision about assisted suicide.'

The failure of the Bill's proponents to properly consider psychiatric evaluation is one of the Bill's key flaws, and the College's Past-President, Baroness Hollins, wrote of the difficulties concerning effective assessment of capacity in the Daily Mail the day before the debate.

Of course, the branch of medicine which has been and continues to be most staunchly opposed to a change in the law is palliative medicine. Those who walk life's last journey with many thousands of seriously ill patients over the course of a career have an incomparable understanding and appreciation of death and dying, and reject in the strongest terms the suggestion that they should offer their patients suicide as a 'treatment' option.

In an open letter on behalf of 'the overwhelming majority of physicians who specialise in treating terminal illness', 44 senior palliative care doctors attached to the Association for Palliative Medicine told Peers:

'There are some who fit the stereotype of the no-nonsense and strong-willed patient who is resolved to end his or her life. But there are many more who are not like this. Some are struggling to come to terms with their mortality, others suffer depression and changes of mood or feel guilt at the burden their illness may be placing on others.

'And there are yet others who do not have access to a level of social care to enable them to feel their lives are worth living. And, while most families of terminally ill people are loving and caring, sadly we do from time to time come across instances where that is not the case.'

'It is hard to think of a group of people more vulnerable than those who are dying. Yet Lord Falconer's Bill contains no safeguards to protect them.'

These doctors are fully transparent about what they think and who they are.

Contrast this with the 'twenty-seven leading (medical) figures' who, according to the Guardian, wrote to peers asking them to back Falconer's Bill. The Guardian gave only a few isolated quotes from their letter and named only five of the signatories. Of these five, three (Michael Rawlins, Graham Winyard and Terence English) are well-known members of Health Professionals for Assisted Dying (HPAD), the medical wing of Dignity in Dying (formerly the Voluntary Euthanasia Society).

They are listed on its supporters page amongst HPAD's 602 health professional members, and it is likely that we would find most of the unnamed signatories on the HPAD list as well - which may well be why their names were not published. Even if we assumed that all of these 600 or so supporters were registered medical practitioners (and many are actually either retired doctors or non-medics) they would still make up only a tiny minority of the UK's 260,000 registered GPs and specialists - to be precise, less than a quarter of one per cent.

A 2011 study showed that doctors in the UK have opposed both euthanasia and assisted suicide consistently over the past two decades. Researchers from Limerick, Ireland, used 16 key studies into doctors' attitudes between 1990 and 2010. The findings appeared in the journal Palliative Medicine and further confirmed the fact that those doctors who favour a change in the law constitute a small vocal minority.

The vast majority of doctors do not want Falconer's Bill, and they will not be silenced. We applaud them, both for their representations to Parliamentarians in defence of their patients and for the invaluable care and support they offer to our parents, our children, our husbands and wives... Let Parliamentarians focus on care, not killing.