CNK remembers a great advocate, campaigner and friend following his death from cancer on 14 January 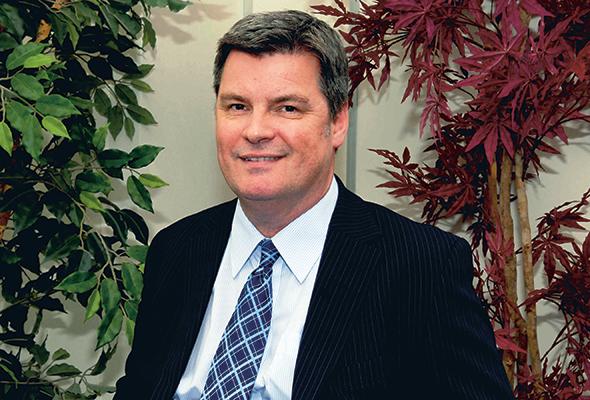 Kevin, who would have celebrated his 60th birthday later this month, worked with Care Not Killing over a number of years, and he will be remembered particularly for his work to bring to public attention the reality of legalised euthanasia in Belgium.

He made powerfully the case against euthanasia and assisted suicide on TV, radio and in print around the world and was an enthusiastic and engaging debater and public speaker: truly, a light has gone out in the public face of opposition to uncontrollable, unethical and unnecessary legal change.

Kevin's professional background gave his approach to the debate on how to care for and support people with terminal and incurable illnesses and disabilities a particularly well-rounded quality. From disability (Disability Wales; Disability Rights Commission; Inclusion21; Not Dead Yet UK) to adoption (the Welsh Government's Adoption Expert Advisory Group; St David's Children's Society), not to mention five years with the Welsh Ambulance Trust, Kevin's outlook was firmly rooted in seeking answers to a single question: 'how can we as a society work to support and uphold the value of every person around us?' This was his life's work, with a particular focus on the most vulnerable and marginalised.

Personally, he knew adversity all too well. For decades before his final battle with cancer, Kevin was a wheelchair user having been paralysed as a young man, an innocent victim of sectarian violence in Belfast. Each battle he fought, however, only strengthened his resolve, and woe betide anyone who suggested 'opponents of euthanasia like him' could not understand the challenges of disability and serious illness.

That he was appointed to establish and lead the new Euthanasia Prevention Coalition Europe was hardly a surprise, and his later work in founding Hope Ireland will be a special legacy. The most recent challenge in Ireland was brought as a court action by MS sufferer Marie Fleming - who Kevin knew when they both taught at Swansea University. He was known to people across the debate, and through his tenacity earned widespread respect and affection.

We will miss his forthright contributions to this debate, but more than that, we will simply miss our dear friend and fellow fighter.

We offer our sincere condolences to Fabienne and all of Kevin's family.

Jan Burrows: Mon, 1 Feb 2016 10:20
I knew Kevin from my first year at Stirling university 1978 ?, we both lived at Andrew Stewart Hall on fifth level as I remember correctly, there were only about 6 rooms on this entrance level so we shared a kitchen and all knew each other quite well.
Jan Burrows
gerard clifford: Sat, 23 Jan 2016 19:17
A truly wonderful person who cared for all those who had problems in their lives ,always making light of his own disability. Rest in peace dear Kevin ,Mary and I have such fond memories of you going all the way back to the mid 1960's. Our sincere condolences to your wife and to your brothers Tony ,Patrick, Harry and your dear sisters Joan and Elaine. I will have a Mass offered in Nenagh Co TIPPERARY (the hometown of your ancestors) for the repose of your gentle soul . And I will place some flowers on your father's grave in Lisboney cemetery Nenagh. Farewell dear friend .
nikki and merv kenward: Tue, 19 Jan 2016 19:03
There are some people who just 'have it' who you know are special people, they are few and far between, kevin was one such man. So bright, so strong, so alive and with a voice that carried our message with heart, brain and fire.
He told me not to doubt myself, that to speak from the heart is always good, so, with sadness and respect I feel privileged that he has a place in our hearts.
Mary- Anne Cosgrove: Mon, 18 Jan 2016 21:52
Kevin and his then wife gave my son and I a home 27 years ago and were such good friends
He was my tutor and then my friend
He had the maddest springer spaniel a well - Tom
Such happy memories , such sad news
eauckram@xtra.co.nz: Sun, 17 Jan 2016 04:49
It is so wonderful to read of this great man. He will be getting his reward now. God bless you
Colin Harte: Fri, 15 Jan 2016 18:10
I'm saddened to hear this. Kevin was a good man who spoke out well for the dignity and value of human life. May his family and loved ones be consoled, and may he rest in peace.
Please enable javascript to post comments!
Our Position »
Live Issues »
Scotland »
FAQs »
Get Involved »
Donate »