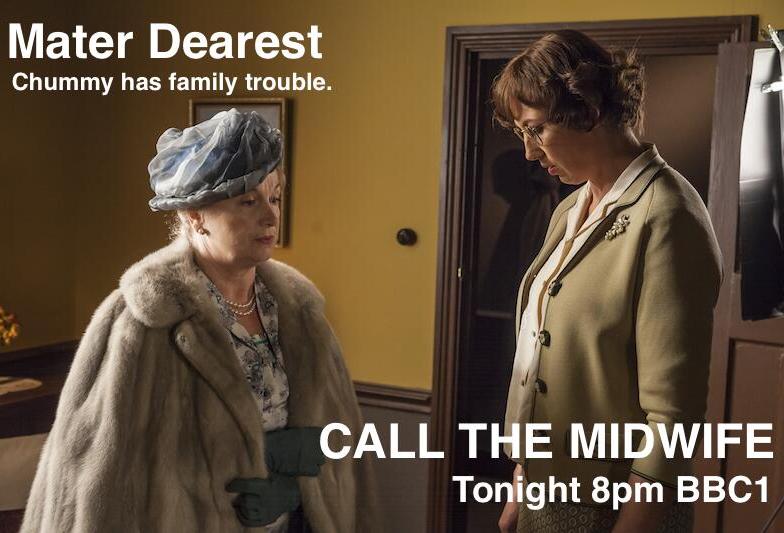 The final episode of Call The Midwife's third series on Sunday night saw themes of birth and death intertwine, as the midwives rallied around their colleague, Camilla 'Chummy' Noakes (Miranda Hart).

All too often in recent years, storylines about those confronting the reality of terminal illness turn to the character's wanting to kill themself. From Ethel in Eastenders to Hayley in Coronation Street, we time and again see palliative care all but disregarded, while assisted suicide is presented as a sensible option.

Praise, then, is due to the team behind Call The Midwife.

Lady Browne (Cheryl Campbell), the cold and aloof mother of Miranda Hart's character, was seen being diagnosed with advanced, terminal cancer in the previous episode. Diagnosis and the progression of the illness at first made more difficult an already fraught relationship, but we see mother and daughter repair their relationship as first the (much disapproved of) son-in-law brings her to their home for them and their friends to care for, and then as Chummy and Lady Browne move beyond the relationship of nurse and patient and reconnect as daughter and mother.

Set in the 1950s, the series addresses the changing understanding of how to confront the process of dying. Lady Browne is originally seen ensconced in a residential home with no nursing or medical capability; Nurse Lee (Jessica Raine) is seen speaking to her superior about Lady Browne:

'A doctor called Cicely Saunders has been exploring new ways of caring for people who are terminally ill.'

'She's based at St Joseph's Hospital in Hackney, isn't she?'

'It's a hospice, Sister. She advocates a different kind of nursing - it's not like a hospital at all. The patient's family are as important as the patient.... We should aim to give everyone the chance of a good death.'

Cicely Saunders was a pioneer in what we now know as palliative care and the hospice movement. The movement recognised that a patient fighting a disease and a patient whose illness is at an end have different needs, and allows for the latter to receive palliation of symptoms and spiritual and psychological support in an environment which allows them dignity and reassurance. We saw in Sunday's episode healthcare professionals working alongside friends and family. We saw recognition of the different needs of a dying woman such as, in the final hours, the moistening of lips and mouth superseding full hydration. We saw the breaking down of barriers: the ultra-independent Lady Browne allowing her (again, much disapproved of) son-in-law to support her, step by step, up the stairs. We saw the importance of little things: a final manicure, given by a daughter to her mother. And we saw the estranged mother and daughter grasping a final opportunity to know each other for the first time.

'I first witnessed the miraculous power of a good death when someone very close to me passed away in a Marie Curie Hospice.

'Bereavement will always hurt, but letting a loved one go with tenderness and care can be immensely healing for all involved.

'The end of life is as important as its beginning, which is why we decided to tackle this supremely emotional topic in Call The Midwife.'

Call The Midwife has captured a moment in our history where our attitudes towards care of dying people were changing for the better, and we must guard against any retrograde steps. As our spokesperson told the Telegraph this weekend, 'there is nothing liberal about wanting to end the lives of the terminally ill, the disabled and the elderly. What we should be discussing is how we ensure equal access to good quality medical care and life-saving and preserving drugs.'

Care is at the heart of a 'good death', and does not imply a burden but a fundamental part of what it is to be human. Hart and Campbell's characters showed us this - and so at the end did Raine's:

"I'm moving away to take up a position as a Staff Nurse at the Marie Curie Hospital. I want to work with the dying, and a cancer hospital seems as good a place as any... It's what I feel called to do."