Werther & Papageno on the cobbles

How did Coronation Street do? 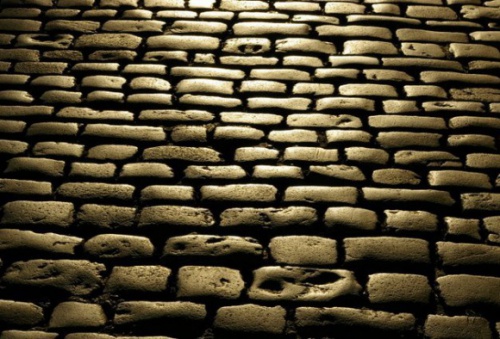 Monday evening's Coronation Street double bill saw the suicide of terminally ill Hayley Cropper, drawing to a close a controversial storyline which has garnered media interest since its inception several months ago. Over 10 million people tuned in to see soap's first transgender character, who declined adequate pain relief for inoperable pancreatic cancer out of fear that it might confuse her sexual identity, take a cocktail of lethal drugs.

The producers certainly deserve some credit for their engagement with the Samaritans - who saw a 30% rise in calls following transmission - and David Nielson's portrayal of husband Roy, who continues to present an alternative of hope right up to the bitter end, has been rightly singled out for praise. The flaws, however, were manifold. For example, campaigner Paul Chamberlain commented on Radio 5 live the following morning that the portrayal was a little unrealistic in not demonstrating how the drugs were procured or prepared, and while this was actually a responsible course to take, it does raise a key point.

Many commentators have said that Hayley's was a suicide, not an assisted suicide, because Roy didn't help her - but who sells these drugs? Who advertises them? Who decides who is 'eligible': terminally ill people, depressed people, lonely people? Assisted suicide advocates have used the storyline to argue that the law should be changed, but while Hayley was a fictional character, the individuals who seek to make such materials available to 'the depressed, the elderly bereaved, [and] the troubled teen' will be no more interested in observing laws limited to terminally ill people than they will be in current laws. To present Hayley's course of action as without wider implications is dangerous nonsense.

Perhaps the most disturbing implication of the way that Hayley's final story has been presented and manipulated is the suggestion that the very real risk of copycat suicides is of secondary importance when there is a chance to push a political agenda. Ellen E Jones, writing in the Independent, said 'concerns re copycats are not unjustified. In 1986, following an overdose attempt by EastEnders character Angie Watts, hospitals saw a notable spike in suicide-incident admissions. The difference is that Hayley's storyline isn't just a dramatic plot. It's already instigating worthwhile debate on the right to die.'

The 'Angie Watts effect' was not an isolated incident.

The World Health Organisation's international guidelines on suicide portrayal in the media refer to over 50 published studies, systematic reviews of which have consistently drawn the same conclusion, that media reporting of suicide can lead to imitative suicidal behaviours.

Bad media portrayals of suicide run the very real risk of putting the lives of very vulnerable people in danger. This phenomenon is variably termed suicide contagion, copycat suicide or the Werther effect.

Werther was the subject of an 18th century quasi-autobiographical novel by Goethe who killed himself after losing his lover. The book led to a spate of suicides amongst young people at the time, showing that fictional portrayals of suicide can be as dangerous as real stories.

The WHO guidelines specifically include the following:

Conversely, the Papageno effect refers to suicide portrayal which reduces suicide, usually by showing its detrimental effects on relationships and communities or by demonstrating how to overcome suicidal thoughts. The term comes from Mozart's Magic Flute and has been popularised in a recent article in the British Medical Journal.

Last week, we pointed to five myths about death and dying which media portrayals risk perpetuating:

Monitoring media handling of assisted suicide and euthanasia is a key live issue for Care Not Killing, as the media has the power to influence the general public in the comfort of their own homes. If you feel that Coronation Street's storyline gave credence to these myths about death and dying which are harmful to the wellbeing of seriously ill people, or if you felt that the makers otherwise contravened the advice of organisations like the WHO or the Samaritans, make your feelings known.