Broken, you say? No 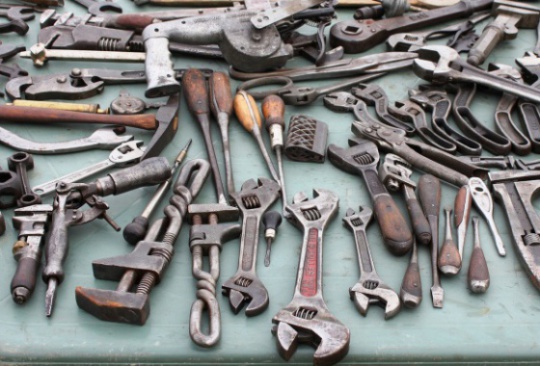 On Friday 11 September, MPs will vote on the Assisted Dying (No 2) Bill tabled by Labour's Rob Marris. It's 'No 2' because an almost identical Assisted Dying Bill has been tabled in the House of Lords by Labour peer Lord Falconer.

Mr Marris wants to change the law to allow mentally competent adults with less than six months to live to obtain medical help for assisted suicide.

Over the next month many thousands of pounds will be spent by the campaign group Dignity in Dying (the former Voluntary Euthanasia Society), who drafted the bill, aided and abetted by sections of the media. Expect to see more celebrities coming out to back what they perceive to be a popular cause; more opinion polls telling us that a majority want to see a change in the law; and more cynically timed cases of people journeying to Switzerland to end their lives at facilities like Dignitas.

Expect also to see other campaign groups with more radical agendas entering the fray in an attempt to see the Bill's provisions extended to a far wider group of people.

The presence of determined groups like the British Humanist Association, the National Secular Society, the Society for Old Age Rational Suicide (SOARS) and Exit International assures us that any change in the law to allow assisted suicide for a narrow group will be followed by a continuing clamour to broaden its provisions. If Marris's bill passes it will be only the beginning.

One of the major arguments put by all of these campaigners is that our current law is broken and needs fixing. In fact, Dignity in Dying is planning 'Fix our broken assisted dying law' billboards for London throughout the summer.

But is our law broken? What is the actual evidence for this claim?

Proponents are working hard to convince us that there is a huge demand for assisted suicide and that thousands of well-meaning and compassionate relatives risk prosecution under the current law for 'helping' their loved ones because the law is not clear enough about whether they will be prosecuted or not.

But in fact none of this is really true.

Under the current law, the Suicide Act 1961 (updated 2009), it is not against the law to commit, or to attempt to commit, suicide.

On the other hand, 'encouraging or assisting a suicide' is a crime carrying a discretionary sentence of up to 14 years' imprisonment.

The law carries this blanket prohibition of helping people kill themselves in order to protect vulnerable people from exploitation and abuse. Any change will debase legal protection for those who are disabled, elderly or otherwise ill.

It will likely embolden any who stand to gain financially or emotionally from their deaths, either to coerce them or subtly suggest that they take this course, or at the very least not to stand in their way. Yes: the law provides a very strong deterrent.

Laws are best defended when they hold to strong consistent principles and don't try to make exceptions for individuals with arguably extenuating circumstances. Imagine a speeding law that, ahead of the event, was accompanied by a list of excusable reasons for going above 30 mph in a built up area. It would be utterly unworkable.

Managing exceptions is far better left to the police, the Crown Prosecution Service and the courts.

This is not a legal fudge but one of the foundations of Britain's justice system. The handling of an individual hard case is dealt with, not by a piece of paper, but after careful consideration by professionals who know the law, but are able to apply it in any given case with discretion and kindness, to temper justice with mercy.

When a case of alleged assisted suicide is brought to light, it is first investigated by the police who then submit their finding on the facts to the Crown Prosecution Service (CPS) which must then make a decision about whether to prosecute.

In weighing this decision the Director of Public Prosecutions (DPP) must decide whether there is enough evidence to bring a case (there often is not) and whether it is in the public interest to do so.

Only if the answer to both these questions is 'yes' does it proceed to court. And in the event of a conviction resulting, the judge is also given discretion to make the punishment fit the crime.

So how is this law actually working? According to the CPS's latest figures, there have been only 110 cases referred to the CPS by the police that have been recorded as assisted suicide between 1 April 2009 up to 24 April 2015. This is less than 20 per year or fewer than two per month.

Of these 110 cases, 70 were not proceeded with by the CPS and 25 were withdrawn by the police. In fact in all the high profile cases we see on our television screens the overwhelming majority result in no charges being brought, let alone any convictions.

Of the remaining 15 cases eight are ongoing and six were referred onwards for prosecution for homicide or another serious crime. Yes, some assisted suicide cases turn out to be cleverly disguised murders where the key witness to what really happened is dead. This is another reason why it is so crucial that all cases of alleged assisted suicide are properly investigated. It is the threat of an investigation that keeps us safe.

Since 2009 only two cases has been successfully prosecuted. Kevin Howe (October 2013) was jailed for twelve years after supplying his suicidal friend Stephen Walker with petrol and a lighter in order to set fire to himself. Walker suffered 90% burns but miraculously survived and now faces a life of treatment and disability as a result.

The only other person (not yet on the CPS website) who has been convicted and sentenced, is Lyndsay Jones, who provided another suicidal man Philip Makinson with heroin and a syringe in order that he could kill himself with a lethal injection. She was jailed in July 2015 for four and a half years.

These are the sort of defendants that end up in prison under the present law.

We are also constantly reminded by campaigners of the number of people who are making one way trips to Switzerland to end their lives at the Dignitas facility. But the reality is 273 cases in the 16 years from 1998 to 2014 - fewer than 20 a year. Although each individual case is a tragedy, the numbers are tiny when put alongside the 500,000 people who die in Britain each year from all causes. They are also tiny against the 1,300 and 15,000 assisted suicide deaths we would have annually under the laws currently in place in Oregon and the Netherlands respectively.

The reality is that Britain's law on assisted suicide is clear and right and is working well. The penalties it holds in reserve act as a strong deterrent to exploitation and abuse as evidenced by the tiny number of people breaking it. It is also being exercised compassionately as the discretion it gives to judges and prosecutors means that only two people have been convicted and sentenced under it in the last five years. Neither of these received the maximum sentence of 14 years.

Of course this means that those who wish to push the law's boundaries and break it - for whatever reason - face the likelihood of a police investigation, and the possibility of prosecution and a custodial sentence. But this is a very small price to pay given the protection that it offers.

Leading politicians across all major parties have already signalled their opposition to a change in the law. They include SNP leaders Nicola Sturgeon and Alex Salmond, past and present Liberal Democrat leaders Nick Clegg and Tim Farron, Labour leadership candidates Andy Burnham and Jeremy Corbyn and most of the Conservative cabinet, including Prime Minister David Cameron himself.

The law on assisted suicide is not broken. It is clear, just, merciful and fair. It does not need fixing.