Review article about the role of the media 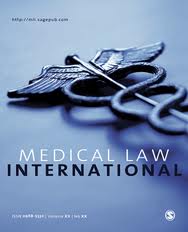 This review article by CNK's Campaign Director Dr Peter Saunders examines the role of the media in shaping the UK debate on 'assisted dying'.

The article was published in the September 2011 edition of Medical Law International and both the abstract and full text pdf are available free on line.

The paper reviews the legislative background, the major stakeholders and the alignment of the various media in the UK debate on 'assisted dying'.

It explains the way the four main arenas of debate—parliament, the institutions, the courts and the media—have engaged with the issues and then outlines how the pro-legalisation lobby has courted media publicity through high-profile personal stories, court cases, parliamentary bills and amendments, celebrity endorsement and the Falconer commission.

In particular it argues that the BBC has breached its own editorial guidelines on both impartiality and suicidal portrayal and is at risk of promoting further suicides by fuelling suicide contagion.

It concludes that the police and the courts must uphold the will of parliament and that the media must act responsibly in covering the debate, giving equal weight and exposure to the arguments of both sides and following international guidelines on the coverage of individual cases.

Sharon Young (moderator): Tue, 29 May 2012 09:50
I thought this article was excellent and it reinforces my disseration hypothesis regarding assisted dying as a new social movement based on discourse analysis of media, BBc and websites promoting assisted dying. It is not an aspirational, heroic concept, but rather a sad reflection of society that no longer sees the worth of an individual when less able/ terminally ill.
Please enable javascript to post comments!
Our Position »
Live Issues »
Scotland »
FAQs »
Get Involved »
Donate »