Scottish First Minister Nicola Sturgeon refuses to support the controversial bill before MSPs, saying: 'I believe we should support people to live' 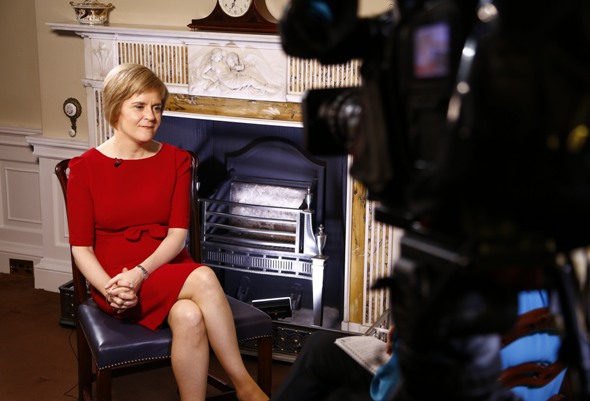 In response to a direct question on the Bill, Nicola Sturgeon said:

'I voted against it the last time and, although we are not near another a vote yet, I haven't been convinced about assisted suicide this time.... It is a very emotive issue for both sides, a very serious issue.'

'I believe we should support people to live and I am therefore in favour of good quality palliative care... There also remains a major stumbling block to assisted suicide: How could you have sufficient safeguards?'

'This is a very welcome declaration from Scotland's First Minister who rightly highlights the dangers of assisted suicide and correctly points out how difficult it would be to protect the most vulnerable, were the law to be changed. As MSPs examine these proposals more closely, increasing numbers are coming to the conclusion that they are unworkable and ill-conceived.'

More than 10,000 have signed the CNK petition and supporters are being urged to make their views known to their MSPs who will vote on the Assisted Suicide (Scotland) Bill later this year.

'Countries which have enacted such laws have seen the eligibility criteria expand and widen putting intolerable pressure on the ill, the elderly and the infirm. Only last week a bill was introduced in Oregon seeking to widen the eligibility criteria for assisted suicide. This is a perfect example of the incremental and insidious widening which would inevitably follow here were the bill to be passed - Oregon is not an example we want to follow.

'In recent weeks as the Bill has been scrutinised we have witnessed repeated and sustained criticism from a variety of sources and for a range of reasons because it is so badly drafted - leading experts in medicine and palliative care, top lawyers and experienced ethicists all expressing serious and genuine concerns.

'This is a poorly written, badly constructed Bill and the sheer number of people who have criticised whole parts of it, quite aside from any moral or ethical objections, only highlight the problems with the legislation.

'MSPs are likely to have a free vote on this Bill. The First Minister is just one MSP but we hope that the vast majority will follow her example.'

The new Bill follows very closely the 2010 End of Life Assistance Bill proposals which MSPs rejected comprehensively in Holyrood by 85-16.

The latest draft law calls for the creation of 'licensed facilitators' - aged as young as 16 - who would assist individuals end their life and would remain close by until such time as the individual has died or decided not to proceed with the assisted suicide.

In 2010, when she was Health Minister, Nicola Sturgeon said she was opposed to the previous bill, adding the Scottish Government's view was that it did not support a change in the law.

She said at the time:

'I personally find myself particularly concerned and fundamentally concerned about the difficulty I think would always and inevitably be present in determining that someone choosing to end their life had not been subjected to undue influence.'

'I am delighted that the First Minister has reiterated her opposition to the legalisation of assisted suicide. Many people, including leading doctors, spokespeople for disability groups and representatives of Scotland's churches, have criticised this Bill. It should be rejected by the Scottish Parliament at the first opportunity.'

© Image copyright of First Minister of Scotland and licensed for reuse under Creative Commons License 2.0