'The only humane approach' 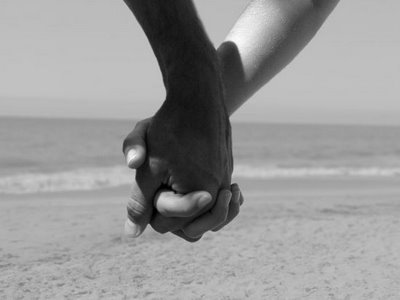 Journalist and analyst Kathy Gyngell has written a deeply personal account of her late husband Bruce's final illness - severely debilitating brain cancer - in the Daily Mail. Until shortly before his death, she cared for Bruce, who was "unable to move, let alone lift himself or manage his day-to-day needs by himself", at their home. During a visit by their doctor, she heard her husband make a simple request.

"He could no longer really speak, but was trying to say something... 'Help me die.' I then heard the doctor's gentle reply: 'I can't do that, I'm afraid, Bruce.'"

"Standing at the sink, I wept for Bruce and for myself. I felt his despair and helplessness to my core. I felt that my care had failed him."

Kathy's experience will be familiar to many people.

"When Bruce asked to be helped to die, my instinct was to redouble my efforts to care for him... Did I fail him in refusing to honour his request? I don't think so."

"One morning, arriving at his hospital room late and hung over — stress and depression had, I'm afraid, seen me drinking more than I should — I caught him looking at me in mock disapproval.

"'I am not hung over,' I said defensively. He slowly turned his eyes towards the nurse and gave her one big wink.

"For me, that sense of humour showed Bruce was still very much alive."

"I was able to spend his last 48 hours by his side in the hospital room until he finally, peacefully, died."

Kathy knows the strain which carers of terminally ill and severely disabled people across the country endure - people like Jane Nicklinson, whose story is so well documented.

"Today, I thank God that the choice to end Bruce's life was not available to us, that we were protected by the law and there was no pressure on me to make an unbearably difficult decision... [but efforts in the Supreme Court] to sweep aside the ban on assisted suicide... could change this, and put other people under just such pressure... Even though her husband has since died naturally, Mrs Nicklinson is still pursuing the 'right to die' issue. She is quite wrong to. The law is not there to be pulled apart by individuals or groups with special interests."

"If you want to see what giving people the power to choose between life and death means in practice, you have only to look over the Channel at Belgium... The situation there should act as a sober warning to the Supreme Court judges who face this crucial decision."

You can look at the background to those issues which Kathy, who is a research fellow at the Centre for Policy Studies, cites by following the below links:

We often hear talk of the need to walk a mile in someone else's shoes, though few would wish to have to summon Kathy's forbearance. Her message at the end of it all is simple:

"The only humane approach is to look after someone until their last moments and give them the best palliative care possible, however great the demands this may place on a society. On this the law is already sound and clear."

Read: 'My husband begged me to help him die. Thank God I didn't'