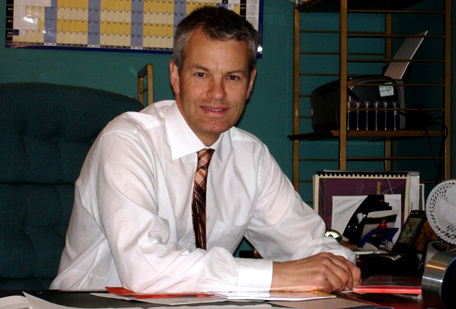 We get little reprieve from the debate about assisted suicide. You've heard the arguments. "Assisted suicide is my autonomous right and it is safe. Doctors are doing it all the time anyway. Leaving people to die in agony or forcing them to go to Switzerland is terrible and you wouldn't let a dog suffer like that. Religious zealots shouldn't be allowed to ram their beliefs down our throats. At least let's just have the debate."

I do wonder where those who make that last demand have been for the past 20 years because we've repeatedly had the debate in public, in the media, and importantly, several times in Parliament. Let's be honest. It's not just a wish to 'have the debate' is it? It's really a determination to get it legalised.

Autonomy sounds very persuasive, but actually we don't do anything autonomously. Think about it - our decisions and actions always have an impact on others because we are relational, not autonomous. And when we acknowledge that self-evident fact (as parliaments have done) that puts a whole different light on things.

My determination to have assisted suicide would have a moral and practical impact on those close to me and on the wider society of which I am a part. If I assert that I can have that right without it affecting others I am kidding myself, and pulling the wool over your eyes. This is important because assisted suicide is not safe. If it was why would proponents emphasise the need for safeguards?

Space does not permit me to list here the frightening catalogue of what happens in cultures where assisted suicide is practised, but believe me it is frightening and out of control. There is ample evidence of risk to the vulnerable, a steady increase in people who die this way, progressive relaxation of diagnostic criteria, institutional disregard for initial restraints intended to promote safety, killing of hundreds of patients every year without consent, and almost complete indifference towards psychiatric assessment designed to identify depression. There are good reasons why UK Parliaments have consistently rejected proposals for assisted suicide on the grounds of public safety.

Have you noticed the subtle anaesthetising of our own moral principles so that we think it is a good idea anyway? Public opinion, seemingly strongly supportive of assisted suicide, becomes rather less enthusiastic when people recognise the implications.

I am a dog-lover, but am weary of the comparison. We are not animals and don't expect to be treated like animals in any other regard. Veterinary care is good - my Dad was a vet - but animals don't have the same multiprofessional holistic care at the end of life that we have.

In our country we have the best palliative care in the world, according to an independent report. If some doctors don't recognise when to stop treatment and allow someone to die comfortably we should improve medical education and promote good palliative care, not legalise the deliberate ending of life. Where there is suffering we must research and refine symptom control, not hasten death. And if some people do go to Switzerland, that is their choice. Nobody is forcing them, any more than if I choose to go there because I prefer Swiss tax law to our own.

It's odd that in our putatively tolerant society, many people seem to think it perfectly OK to dismiss as irrelevant and repressive, the carefully considered views of others when those views are based on a belief, and particularly a Christian belief. I have heard it so many times.

But all of us, whether we acknowledge it or not, base our opinions on beliefs. And how could anyone consider the deliberate ending of human life without reference to core values, or faith, or world view, or whatever you want to call it? It is entirely legitimate - indeed it is crucial - to include the moral dimension.

In a recent legal hearing a supreme court justice said that the right to die is a "fundamental moral construct" and that basic questions of right and wrong cannot be ignored. So next time you're tempted to rubbish someone's opinion because of their belief, think again. Where are you coming from?

I get frustrated when I hear assertions that medical care of the terminally ill involves using such high doses of morphine to relieve pain that we hasten death. That's a myth, and those who say it know little about modern sophisticated symptom management. And there is good evidence that UK doctors don't practise assisted suicide. Even if they did, that's hardly a sound basis for legalising it! You don't legalise crime.

Most of my career has been spent caring for people with terminal illness, teaching and hopefully exemplifying what care really means. We're certainly not perfect and can't fix everything, but it is the constant testament of patients and their families that in a time of distress and sadness, it was good care that made all the difference.

Originally published under the title, 'Time for a moratorium in the campaign for assisted suicide'.