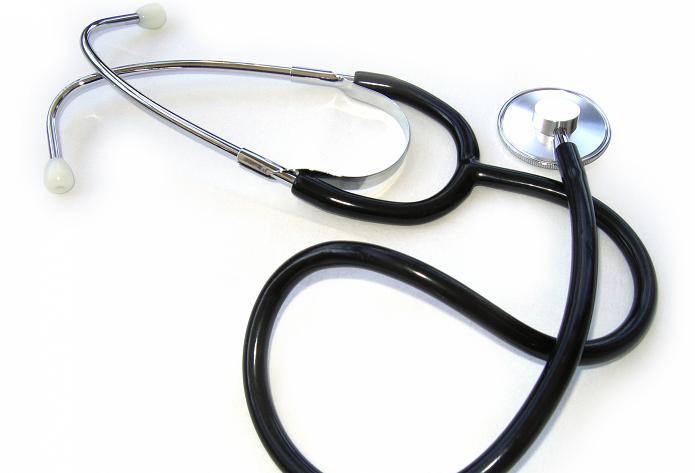 In recent days, a number of GPs have expressed deep concern at RCGP Council Chair Clare Gerada's recent move to shift the College to a neutral position on 'assisted dying'.

Dr Gerada's latest newsletter devotes four paragraphs to the issue which she has placed on the agenda for the February 2013 meeting of the Royal College of General Practitioners' governing body.

She has now published an editorial written 'in a purely personal capacity' in the December edition of the Journal of the British Journal of General Practice (BJGP)(£) which was mailed to members this week.

In it she argues that that:

'all Royal Colleges and Medical, Nursing, and other, umbrella medical organisations should… take a neutral stance on the issue of assisted dying and should not be publicly opposed to or support any change in legislation that may allow assisted dying for terminally ill, mentally competent adults.'

Her conclusion is that:

'Parliament, not the profession, must decide this issue, based on their experience, knowledge, wisdom, and taking into account the views of their constituents.'

Although she seems not to be an official member, Gerada's line is exactly that taken by the pressure group' Healthcare Professionals for Assisted Dying', a subdivision of Dignity in Dying (the former Voluntary Euthanasia Society).

The move failed spectacularly but was supported prior to the meeting by a concerted campaign waged through the pages of the British Medical Journal by editor Fiona Godlee,working in close cooperation with HPAD and DID.

Gerada has re-run most of the same arguments, without reminding readers of this recent history.

She quotes a controversial survey of GP opinion commissioned by Dignity in Dying and employs the 'hard cases' of Ann McPherson, founder of HPAD, and Tony Nicklinson, a severely disabled man who died recently after an unsuccessful high profile court case, as reasons to revisit the law.

She uses throughout her article the propaganda term 'assisted dying', a vague euphemism which was coined by DID and has no actual meaning in law, but which is widely accepted as a blanket term covering both euthanasia and assisted suicide.

Given that Nicklinson's case was an attack on the law of murder (not the Suicide Act), in so doing she implicitly includes within her remit euthanasia as well as assisted suicide.

Gerada refers to Lord Falconer's highly controversial 'commission on assisted dying', which concluded that 'there is a strong case for providing the choice of assisted dying for terminally ill people', as 'independent' and mentions that she herself gave evidence to it.

What she neglects to tell us is that this 'independent commission' was conceived by Dignity in Dying; financed by one of its Patrons, Terry Pratchett; chaired by Falconer himself, who had previously tried to decriminalise assisted suicide in an amendment to the Coroners and Justice Bill in 2009; and composed of well recognised members of the pro-euthanasia lobby, with 11 of its 12 members having 'previous form'.

She also neglects to tell us that 46 individuals and 40 organisations who were invited to give evidence to Falconer's commission refused to do so. These included the RCP, RCN, RCPsych and the BMA, which later passed a motion expressing concern about bias.

The pro-euthanasia lobby are well aware that one of the major barriers to legalising assisted suicide and/or euthanasia is the opposition of the medical profession to such a move. This is why they worked hard in 2005 to move the RCP, RCGP and BMA to a neutral position prior to the introduction of the Joffe Bill in 2006.

That bill was defeated and all three medical bodies were turned back to opposing any change in the law during 2005-6 after grassroots members expressed concern about the direction that their respective leaders were taking them.

Gerada will be well aware that in 2013 two new bills seeking to legalise assisted suicide will be coming before the House of Lords and Scottish Parliament respectively. She will also be well aware that the 'Martin' case, that of another patient with 'locked in' syndrome seeking doctors' help to end his life, will come before the Court of Appeal.

Neutralising medical opposition ahead of these events is therefore an attractive campaigning option.

Gerada claims that doctors should only speak on areas 'where we have an expertise that goes beyond that of the public; for example, advising on the necessary safeguards and codes of practice should any law be passed, and on matters such as assessing prognosis and setting guidelines for optimal end-of-life care.'

She argues that doctors 'should be concerned with areas of regulation, monitoring, and establishing criteria for implementation of the law, not whether the law should happen or not.'

But in reality the specific insights that doctors have into difficulties of diagnosis and prognosis, into the question behind the question, into coercive confounders and the vulnerability of disabled, elderly and dying patients are very strong arguments against legalisation and the public does not have this same expertise. Doctors also, more than the general public, appreciate the political and managerial and pressures that could be brought to bear were assisted dying to become a cheap 'therapeutic option'.

It is not therefore surprising that a clear majority of doctors have consistently opposed a change in the law on grounds that pressure would be placed on vulnerable people to end their lives and that we should rather be promoting good palliative care. Moreover the Hippocratic Oath itself contains the statement, 'I will give no deadly medicine to anyone if asked nor provide such counsel'.

In view of these facts it seems extraordinary that the chairman of one of Britain's leading medical bodies should be advising that doctors absent themselves from this crucial debate.

As those who would be administering the lethal prescriptions, and working in a system in which such an approach became yet another 'option' to be considered, doctors have not only a right, but even more a duty to be fully involved at the forefront of these discussions.

Can we imagine someone in Gerada's position suggesting that the health and Social Care Act, GP commissioning and the privatisation of the health service should be a matter for parliament only to decide? Why then assisted suicide and euthanasia?

Gerada's neutrality approach got short shrift from the BMA last summer, and I suspect that once grassroots members get wind of it, it will get short shrift in the RCGP.

She is of course fully entitled to her personal opinions but many doctors would feel that she should not be using her influence as chairman to inflict these personal views on the governing body of the RCGP.

With the health service straining under the pressures of reorganisation and financial cuts and all the publicity around bad care and the neglect of elderly patients, one would have thought that there were far more important matters for the RCGP Council to consider than whether or not doctors should be helping to end their patients' lives.