In the year British MPs rejected the practice, assisted suicide in Washington rose to its highest level and was characterised by the youngest participant; shortened doctor-patient relationships; and the rise of financial pressure as a factor 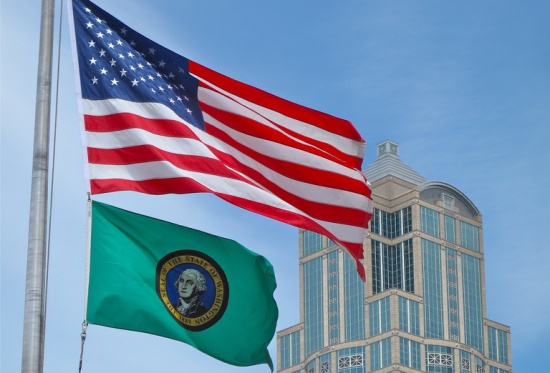 The 166 state-sanctioned assisted suicides which we so far know took place in Washington in 2015 would extrapolate, roughly, to around 1,500 based on a population the size of the UK's. The continued rise in the number of deaths - 31.7% up on 2014's 126 - is matched by other continuing trends.

The three most commonly cited reasons for seeking assisted suicide - dignity, autonomy and ability to engage in different activities - are existential concerns being answered with lethal prescriptions, while a majority (52%) still cite not wishing to be a burden on others as a reason for seeking assisted suicide. There are some interesting shifts: barely a third (35%) now cite inadequate pain control, the lowest level for three years (and, we hope, an indication of improving standards in pain control generally), while citations of financial implications of treatment returned to their highest level (13%). It is worth noting in this context that 53% of 2015 'participants' were widowed, divorced or had never married, the fifth year out of seven that participants who are married or in registered domestic partnerships have been in the minority. Academic studies have previously associated assisted suicide with 'situations that may indicate greater vulnerability such as living alone or being divorced'.

The reasons for seeking assisted suicide are not the only evidence of a shift away from how many perceive laws such as Washington's Death With Dignity Act playing out in practice. 2015 saw cancer nominated as the underlying illness by the smallest proportion of participants in the law's history - 72%. Meanwhile, heart disease was cited by 9%, the highest level for that diagnosis. Also at its highest level: 'other'. The report does not state what diagnoses the five percent of deaths covered by this label are or include, but neighbouring Oregon routinely uses 'other' to cover 'benign and uncertain neoplasms, other respiratory diseases, diseases of the nervous system (including multiple sclerosis, Parkinson's disease and Huntington's disease), musculoskeletal and connective tissue diseases, cerebrovascular disease, other vascular diseases, diabetes mellitus, gastrointestinal diseases, and liver disease.' Assisted suicide is available to people with a vast array of illnesses which test the limits of the 'terminal' requirement.

The changing picture of assisted suicide in Washington is also pointed to by the 2015 report's noting the youngest yet participant - a 20 year old. 2015 also saw an incredible shift in terms of doctor patient relationships: despite there being more assisted suicides than in any previous year, the duration of the longest doctor relationship fell from 23 years in 2014 (and a high of 28 years in 2013) to just two years in 2015. The shortest doctor-patient relationships upon which endorsements of assisted suicide were based last year were, again, less than one week - and it is worth noting that the shortest period from first oral request to death was of course two weeks. The image of such decisions, on the part of the physician, being based on a well-founded understanding of the patient's condition is crumbling.

Much the same could be said of the image of a closely regulated practice. Of 213 'participants' last year, only 197 'After Death Reports' were received. Of the remaining 16, it is not even known if 11 are alive, much less whether they died after ingestion of lethal medication. The Department of Health also does not know whether ten 'participants' from the six years prior to 2015 are alive, much less (again) whether they died after ingesting the lethal medication; one of these received their prescription in 2009. In terms of the potential longevity of prescription recipients, it is also worth noting that the longest period between first oral request and ingestion of lethal medication in 2015 was 95 weeks. That's almost two years, four times the life expectancy stipulated in law and almost twice that recorded for 2014 (57 weeks). It is also worrying that, aside from two instances of regurgitation and one other, unspecified complication, the report is unable to confirm whether or not there were complications in 8% of assisted suicides.

Assisted suicide has always, in practice, served principally as a response to existential concerns, but 2015 confirms the ongoing shift away from physiological symptoms and the rise of social concerns: care and support, and money. 2015 also demonstrates the increased participation of patients with illnesses far more difficult to place within the framework of the legalisation's required six-month prognosis. Overall, the 2015 Washington report offers another clear set of reasons why we should be grateful for Parliament's continued rejection of laws which are uncontrollable, unethical and unnecessary.