Disabled people are being put under much more pressure in the current social and economic climate. 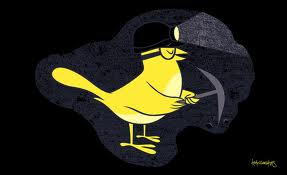 Disabled people are being put under much more pressure in the current social and economic climate.

The disabled people's charity Scope, in collaboration with ComRes, has published survey results from a series of quarterly polls, which show that disabled people feel that discrimination against them is getting worse.

With Demos, Scope have also published Coping with the Cuts, a report that assesses the impact of cuts to social care budgets on disabled families across England and Wales.

A related set of figures from the police demonstrates that disability related hate-crimes are up a fifth on last year.

Finally, a report by the EHRC has found that although high-profile disability harassment receives police attention and media coverage, low-level criminality, abuse and harassment are so regular that they are regularly ignored by the authorities. Many disabled people consider them to be inevitable.

No wonder that all the major disabled advocacy groups, including NCIL, Scope, UKDPC, RADAR and Not Dead Yet UK, remain firmly opposed to any change in the law that would allow euthanasia or assisted suicide.

Given the underlying prejudice and discrimination that already exists, they know that in an environment of increasing economic pressure, they would be subtly leant upon to end their lives if Britain were to follow the path the Netherlands and Belgium have taken to give doctors the power to end life.

I previously reported on Scope's warning about the 'headlong rush' to allow assisted suicide in Britain and a previous Comres poll which found that 70 per cent of disabled people were concerned that such a change would lead to pressure being placed on them to end their lives prematurely.

Scope boss Richard Hawkes has claimed that Lord Falconer's discredited Commission on Assisted Dying, which was set up to examine whether a change in the law is needed, has already made up its mind. And he fears disabled people could feel under pressure to take their own lives.

This warning followed the launch of the Resistance Campaign in June 2010 when disabled people from across the UK came together in Westminster in order to ensure that legislation prohibiting assisted suicide and euthanasia remained in place.

Baroness Jane Campbell of Surbiton, convenor for Not Dead Yet UK, has previously pointed out that the likelihood of cuts in services across the country would create additional challenges for disabled people. She said:

'There have been two attempts to weaken assisted dying legislation in the past four years, with further discussions taking place in the Scottish parliament now. We face a bleak situation if calls for assisted suicide to be lawful are renewed whilst vital services are being withdrawn or denied.'

'Disabled and terminally ill people need help and support to live, not to die. We cannot allow others to speak for us; especially those who seek to offer us the choice of a premature death. It is not a choice - it is to abandon us.'

Disabled people have been likened to the canaries in the coalmine - they are often the first to spot danger on the horizon. We ignore their voices at our peril.