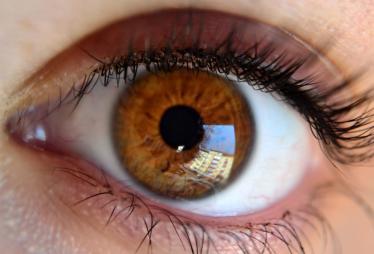 
The BBC, Daily Telegraph and most newspapers report today on the case of a 46-year-old man with 'locked in syndrome' who is to ask the High Court for permission to allow doctors to help him end his own life. As the Telegraph reports:

'The man, known for legal reasons only as Martin, suffered a severe stroke three years ago, which left him unable to move. His only method of communication is by using his eyes.

In a highly unusual case, he wants to clarify the law so that medical staff or solicitors who help him to end his life will not be prosecuted. Assisting a suicide carries a potential 14-year jail sentence.

By staring at letters on a computer screen, from his hospital bed in the converted garage at his home, Martin can slowly form words, and has written a statement to the court asking the judges to help him.

Martin's wife, known as Felicity, respects her husband's wishes but does not want to play any part in hastening his death. She said she did not want her husband to die.
Martin therefore wants support from professionals to die either by refusing his food and drink, or by helping him to travel to the Dignitas suicide clinic in Switzerland.'

Under the Suicide Act 1961 assisting or encouraging a suicide is a crime carrying a discretionary sentence of up to 14 years. But in each case the Director of Public Prosecutions (DPP) must decide whether there is enough evidence to bring a prosecution and whether it is in the public interest to do so.

The public interest test is decided on the basis of applying a number of criteria published following after a public consultation in February 2010. Two of these criteria are specifically relevant here.

The DPP is less likely to bring a prosecution if he believes that the 'assister' was 'wholly motivated by compassion' but more likely to do so if the assister is 'acting in his or her capacity as a medical doctor, nurse, other healthcare professional, a professional carer (whether for payment or not), or as a person in authority...'

Martin's lawyers, Leigh Day & Co, intend to ask the High Court to afford the same 'protection' to doctors and legal staff, who would potentially also face disciplinary action from their professional bodies, as the DPP currently does to those presently sheltering under the (weasel) clause 'wholly motivated by compassion'. He is essentially trying to force the DPP to amend his prosecution criteria to accommodate Martin. The case is expected to begin next month.

Thus far the DPP's practice has been not to prosecute those he judges to be 'wholly motivated by compassion' but the guidance of medical insurance groups to doctors about not being involved has been very clear.

The Medical Defence Union's advice to its members remains that 'doctors approached by patients for advice about suicide should not engage in discussion which assists the patient to that end. Members who are faced with requests for help from patients, including for example the provision of medical reports, should contact us for advice.'

The Medical Protection Society (MPS) - which provides indemnity, legal and professional support to around half of all doctors in the UK - says that 'doctors who have even the slightest suspicion that their patient may be planning an assisted suicide should proceed with extreme caution and not comply with requests for medical or travel reports'.

Martin's case will no doubt arouse strong emotions and I see that already Dignity in Dying (formerly the Voluntary Euthanasia Society) are attempting to distance themselves from it by saying that as Martin is disabled but not terminally ill they cannot (publically) back his cause.

What should our reaction be? There are few people who will not feel for Martin in his predicament, but the real issue at stake is whether the law should be changed further to accommodate his wishes. CNK's view is that it should not.

The Suicide Act is there to protect vulnerable people from exploitation and abuse by those who might an interest, financial or otherwise, in their deaths. Any further removal of legal protection by creating more exceptions for bringing prosecutions would encourage unscrupulous people to take liberties and would place more vulnerable people - those who are elderly, disabled, sick or depressed - under pressure to end their lives so as not impose a burden on family, carers or society.

We also need to realise that cases like this are extremely rare and that hard cases make bad law. The overwhelming majority of people with severe disability - even with 'locked-in syndrome' - do not wish to die but rather want support to live. Dr Peter Saunders, CNK Campaign Director, has previously highlighted inspiring stories on this blog of people who with good support have been able to get to a position where they can see meaning and purpose in lives even in the face of substantial suffering. It is assisted living they want, not assisted dying.

Finally, we all accept that there are limits to choice. Even in a free democratic society there are boundaries to our autonomy. We are not entitled to exercise 'freedoms' that will endanger the reasonable freedoms of others. That is why we have laws. Every law limits choice and stops some people doing what they might desperately wish to do. This is in order to maintain protection for others. The current law is clear and right and does not need fixing or further weakening. On the one hand the penalties it holds in reserve act as a powerful deterrent to exploitation and abuse. On the other hand it gives the DPP and judges some discretion to temper justice with mercy in hard cases. Let's not meddle with it.

Dr Saunders has argued previously that the DPP is already too lax in his interpretation of the law. He certainly does not need any more encouragement. This case, however it might play on our emotions, needs to be rejected. There is too much at stake - and acceding to Martin's requests risk making the doctor (or the lawyer) the most dangerous man in the state.

Doctors already have the power to kill. Let's not make it any easier for them, or for lawyers or for anyone else to get away with it.

Key groups signed up to Care Not Killing include: The Association for Palliative Medicine, the United Kingdom Disabled People's Council, RADAR, the Christian Medical Fellowship, the Catholic Bishops Conference of England and Wales, the Church of England and the Medical Ethics Alliance.