The US state of Massachusetts voted 51-49 in a referendum last night to reject the legalisation of assisted suicide. 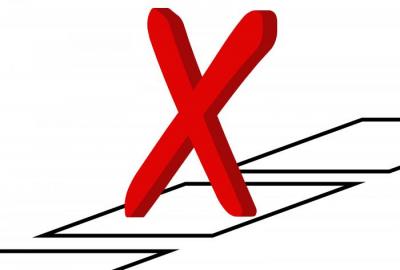 Proponents of the change conceded defeat with the vote running at 51% to 49% and those against 38,000 votes ahead (see statement here) after 93% of votes had been counted.

The question considered read 'Should a doctor be legally allowed to prescribe medication, at a terminally ill patient's request, to end that patient's life?'

This was a hugely significant vote given the influence and prominence of Massachusetts itself and despite the small margin it is a huge defeat for the pro-euthanasia movement given that the strongly Democrat state has a reputation for being one of the most liberal in the country.

The measure was defeated after a strong campaign by a diverse coalition called 'No On Question 2' comprised of disability rights organizations, doctors, nurses, community leaders, faith based groups and patient rights advocates (more detail here)

Currently only two US states, Oregon and Washington, have legalised assisted suicide, each on the basis of a referendum. This has led to an annual increase of assisted suicide in each state.

By contrast whenever a bill has been brought before a US state legislature it has been defeated. This has happened over 120 times in the last 20 years.

It is often argued by the pro-euthanasia lobby that opposition to the legalisation of assisted suicide is largely faith-based. But this is not true.

In Massachusetts, as in the United Kingdom, the opposition of doctors and disabled people has been very significant indeed.

This is because one of the most powerful arguments against it is public safety - any change in the law will put pressure on vulnerable people to end their lives and no law can be adequately safeguarded against abuse.

The Massachusetts Medical Society issued a statement saying it was opposed to Question 2 for the following reasons:

* The proposed safeguards against abuse are insufficient. Enforcement provisions, investigation authority, oversight, or data verification are not included in the act. A witness to the patient's signed request could also be an heir.

* Assisted suicide is not necessary to improve the quality of life at the end of life. Current law gives every patient the right to refuse lifesaving treatment, and to have adequate pain relief, including hospice and palliative sedation.

* Predicting the end of life within six months is difficult; sometimes the prediction is not accurate. From time to time, patients expected to be within months of their death have gone on to live many more months — or years. In one study, 17 percent of patients outlived their prognosis.

The Massachusetts Medical Society had also reaffirmed its commitment to provide physicians treating terminally ill patients with the ethical, medical, social, and legal education, training, and resources to enable them to contribute to the comfort and dignity of the patient and the patient's family.

Lynda M. Young, MD, MMS past president, testified about the MMS policy at a hearing of the House Judiciary Committee on 6 March 6, 2012:

'Allowing physicians to participate in assisted suicide would cause more harm than good. Physician assisted suicide is fundamentally incompatible with the physician's role as healer. Instead of participating in assisted suicide, physicians must aggressively respond to the needs of patients at the end of life. ... Patients must continue to receive emotional support, comfort care, adequate pain control, respect for patient autonomy, and good communication.'

More recently they were backed by a group of disability rights organisations including:

John Kelly, Executive Director of Second Thoughts and former Chair of the Advisory Board to the Boston Disability Commission, said:

'We already have seen serious cost cutting pressures. We constantly hear about the costs of caring for people in the last year of their lives. We can point to examples in Oregon and Washington, where assisted suicide is legal of these implicit and explicit cost pressures. Ballot question 2 legalizes a $100 lethal prescription and that sends a terrible message to people living with serious illness or disability.'