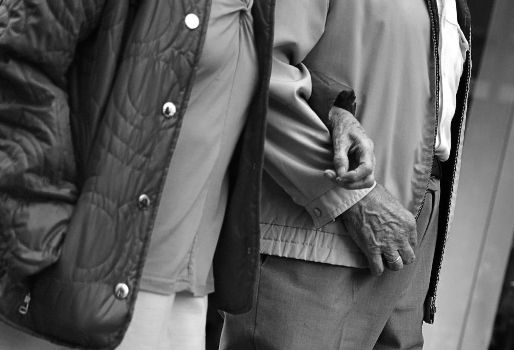 Anyone listening to Lord Falconer talking about his 'Assisted Dying Bill' recently would have been led to believe (by Falconer itself) that it applied only to patients with hours or days to live. They were being misled.

The bill actually licenses doctors to dispense lethal drugs to mentally competent adults who have less than six months to live and a 'settled wish' to die.

But according to Margaret Dore, a lawyer in Seattle, Washington, who has experience of a similar law, says that even six months may be a gross underestimate.

She argues that 'eligible' patients may have years, even decades, to live.

Under all three laws, 'eligible' patients may have years, even decades, to live. This is true for the following the following reasons:

1. Predictions of life expectancy can be wrong

Patients may have years or even decades to live because predicting life expectancy is not an exact science. Consider John Norton who was diagnosed with ALS. He was told that he would get progressively worse (be paralyzed) and die in three to five years. Instead, the disease progression stopped on its own. In a 2012 affidavit, at age 74, he states:

'If assisted suicide or euthanasia had been available to me in the 1950's, I would have missed the bulk of my life and my life yet to come.' (Link)[3]

2. The six months to live is determined without treatment

Consider Oregon resident, Jeanette Hall, who was diagnosed with cancer and decided to 'do' Oregon's law. Her doctor, Kenneth Stevens, didn't believe in assisted suicide and encouraged her to be treated instead. It is now 14 years later and she is 'thrilled' to be alive. This is Dr Steven's affidavit filed by the Canadian government in Leblanc v. Canada, now dismissed, discussing Jeanette. This is Jeanette's affidavit, also filed by the Canadian government in the same case.

3. In Oregon, the six months to live criteria is now being interpreted to include chronic conditions such as diabetes.

'Our law applies to "terminal" patients who are predicted to have less than six months to live. In practice, this idea of terminal has recently become stretched to include people with chronic conditions such as chronic lower respiratory disease and diabetes. Persons with these conditions are considered terminal if they are dependent on their medications, such as insulin, to live. They are unlikely to die in less than six months unless they don't receive their medications. Such persons, with treatment, could otherwise have years or even decades to live.'[4]

Margaret Dore is a lawyer in Seattle Washington and the President of Choice is an Illusion.


[1] See HL Bill 6, Sections 2, at http://services.parliament.uk/bills/2014-15/assisteddying.html (defining "terminal illness" as an "inevitably progressive condition which cannot be reversed by treatment," and for which the patient "is reasonably expected to die in six months.").

[2] See ORS 127.800 s.1.01(12) and RCW 70.245.010(13) athttp://public.health.oregon.gov/ProviderPartnerResources/EvaluationResearch/DeathwithDignityAct/Pages/ors.aspxand http://apps.leg.wa.gov/RCW/default.aspx?cite=70.245.010 (both stating: "'Terminal disease' means an incurable and irreversible disease that has been medically confirmed and will, within reasonable medical judgment, produce death within six months.").

[3] See also: Nina Shapiro, "Terminal Uncertainty," Washington's new "Death with Dignity" law allows doctors to help people commit suicide - once they've determined that the patient has only six months to live. But what if they're wrong? The Seattle Weekly, January 14, 2009 http://choiceisanillusion.files.wordpress.com/2013/10/terminal-uncertainty.pdfand http://www.seattleweekly.com/2009-01-14/news/terminal-uncertainty