Swiss study on pan-European attitudes: what do we learn?

Latest 'findings' do nothing to address ongoing flaws in polling 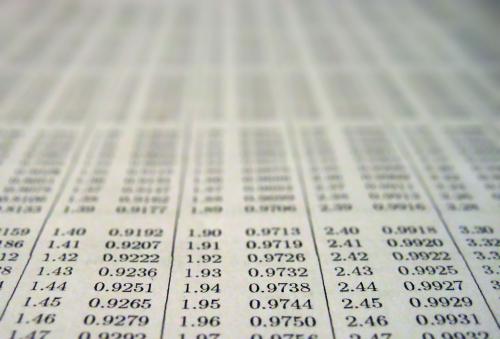 According to today's Daily Mail, a 'Majority of Brits want assisted suicide legalised as new poll reveals strong support for change in the law across Europe'.

The headline is based on the findings of a new survey, carried out on behalf of the Swiss Medical Lawyers Association (SMLA), which apparently found that large majorities in the twelve west European countries involved supported 'the right of people to choose when and how they die'.

Nearly three quarters of British people are said to be in favour of legalising assisted suicide and across Europe two-thirds to three-quarters of respondents said they could imagine opting for assisted suicide themselves if they suffered from an incurable illness, serious disability or uncontrollable pain (more detail here).

The SMLA, according to Reuters, have concluded that 'in practically all European countries, many signs indicate that the prevailing legal system no longer reflects the will of large parts of the population on this issue'. They argue that the results of their poll 'should allow politicians to take democratic principles into account when considering legislation on these issues'.

The underlying assumption is that any practice that most people support in opinion polls should be legalised.

But it's not actually as simple as that.

Support for assisted suicide, or any other form of euthanasia, is generally reflex rather than considered. Most opinion poll research consists to a large extent of knee-jerk answers to emotive - and often leading - questions.

If people are asked if they would like help to die comfortably should they be terminally ill and with intractable pain it is not surprising that the vast majority answer yes. It is more surprising that anyone says no. If such questions are asked, as they usually are just after some high profile case has been in the news, so-called 'assisted dying' will inevitably get the sympathy vote. And in a climate of continued high profile cases, as we have here, this 'support' will be maintained.

And yet when a specific change in the law is considered by parliamentarians in the cool light of day they almost invariably say no.

This is because support for legalisation is uninformed. Most people have little understanding of the complexities and dangers in legalising assisted suicide or euthanasia and are ignorant of what has happened when it has been legalised elsewhere.

But public opinion changes when the dangers are pointed out. In the state of Massachusetts support for the legalisation of assisted suicide fell from 69% to 49% in just four weeks prior to the US Election, meaning that a measure everyone predicted would fly through in a liberal democratic state foundered at the finish line once the arguments against were properly aired.

Apparent support for legalisation is also uncommitted. Legalizing assisted suicide is just not high on most people's 'to do list'. We don't see people marching in the streets for a change in the law and serious petitions gain very little support. It is doubtful whether 'assisted dying' would feature in the vast majority of people's top 20 issues that they wanted parliament to do something about.

Rather legalisation is the obsession of a very small, well-financed liberal elite, bolstered by a group of celebrities flocking to what they perceive to be a popular cause and furnished with a ready-made information conduit to the liberal press.

Most of those in favour tend to be the 'worried well', especially the wealthy worried well who fear dependence and are terrified about the dying process. By contrast people with disabilities or terminal illness very rarely even wish to discuss it, either because they have experienced what good care can offer, or they have adapted to their disability or illness.

Apparent support is finally unconvincing. Most people answering polling questions are also in favour of bringing back the death penalty, but a recent campaign to get parliament to consider it which was given high prominence by the BBC and championed by one of Britain's most popular bloggers could only muster 26,000 signatures.

Moreover, if capital punishment were ever to reach parliament it would be defeated because of the fear that one innocent person might be condemned to death. A similar fear that vulnerable people might 'choose' to end their lives if assisted suicide were ever legalised similarly gives politicians pause for thought.

This is why we see lobby organisations like Dignity in Dying (formerly the Voluntary Euthanasia Society) relying on reflex opinion polls, high profile hard cases and celebrity endorsement rather than petitions, because if they tried the latter it would demonstrate just how weak their grass-roots support base really is.

Opposition to the legalisation of assisted suicide is by contrast diverse and broad-based. In Massachusetts the recent measure was defeated by a coalition of unlikely bedfellows: doctors, disability rights groups, egalitarian liberals, prolife groups, charities for the aged, advocates for the poor who saw legalisation as an invitation for cost containment, faith groups and ordinary people of all faiths and none.

The bottom line is that advocates for assisted suicide face a tough battle because there remains sufficient support for traditional values in Britain and because liberals are divided on the issue.

This means that any 'progress' toward legalisation will be very slow indeed, despite what opinion polls might show.