A new poll published in Scotland in relation to Margo MacDonald MSP's Assisted Suicide Bill points to a downward shift in support for such measures. 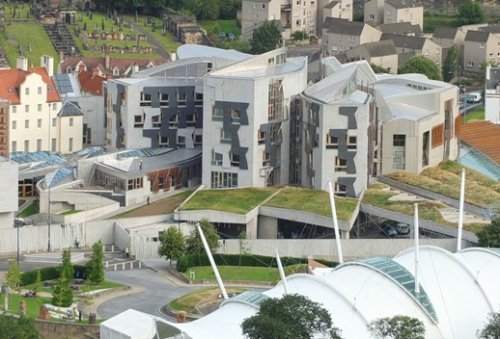 Opposition to the proposed Assisted Suicide Bill is being spearheaded by Care Not Killing, an alliance of individuals and more than 40 organisations which brings together disability and human rights groups, healthcare providers, and faith-based bodies and believes that assisted suicide is unnecessary, unethical and uncontrollable.

Responding to the poll, a spokesman said:

"For several decades now between two thirds and three quarters of the general public have supported the legalisation of euthanasia or assisted suicide and this most recent poll actually shows a decrease in support from the 75% registered in an STV poll in 2009.

"Public support for assisted suicide, or any other form of euthanasia, is generally reflex rather than considered. It is also uninformed and uncommitted.

"Furthermore when legislators consider the question they inevitably decide no, as they did for Margo's last bill which was defeated in the Scottish parliament in 2010 by an overwhelming majority of 85 to 16. In addition doctors' groups and disabled people's advocates have consistently opposed legalisation.

"Any change in the law would inevitably place pressure on vulnerable people to end their lives for fear of being a financial or emotional burden upon others and these pressures would be acutely felt at a time of economic recession when many families and the health service itself are under pressure.

"We are confident that when MSP's give careful consideration to these proposals they will conclude as before that the risks to society are far too great."

"The Bill will go before MSPs who do not make laws by opinion poll and who overwhelmingly voted against a similar Bill as recently as 2010.

"However, it is interesting to note the decline in support for assisted suicide since the last time it was proposed to the Scottish Parliament.

"In November 2010 much was made of the fact that around three quarters of people claimed to support that Bill.

"That is a significant decline compared with the new poll.

"Most opinion poll research consists to a large extent of knee-jerk answers to emotive - and often leading - questions. If people are asked if they would like help to die comfortably should they be terminally ill and with intractable pain it is not surprising that the vast majority answer yes. It is more surprising that anyone says no.

"Yet when a specific change in the law is considered by parliamentarians in the cool light of day they almost invariably say no. This is because support for legalisation is uninformed. Most people have little understanding of the complexities and dangers in legalising assisted suicide or euthanasia and are ignorant of what has happened when it has been legalised elsewhere.

The previous Bill was rejected by 85 votes to just 16 in a free vote after a thorough and rigorous airing of all the arguments."

The spokesman added: "During the recent consultation process on the Bill, 65 per cent of responses were opposed to the Bill which is largely a copy of the model operating in Oregon, USA. The experience there has seen the annual number of assisted suicides soar by by 450 per cent since legalisation in 1997. One in six of those are depressed, less than one in 20 receive psychiatric assessments."

"The right to die can so easily become the duty to die and vulnerable people who are sick, elderly or disabled will inevitably feel pressure, whether real or imagined, to end their lives so as not to be a burden on others. Ms MacDonald's new proposals are effectively her old ones dished up again. I expect the Scottish Parliament to give them short shrift."

Care Not Killing committee member John Deighan said: "Compassion must urge us towards giving proper support and care for the sick and suffering. Killing can never be the right answer in a civilised society. History teaches us the importance of protecting every human life. We must ensure the frail, disabled and sick are not put at risk for the sake of a small minority determined to end their lives."

"Margo MacDonald's Bill is unnecessary, unethical and dangerous. There can be no safe system for legalising assisted suicide or euthanasia. Margo seems to think that by resurrecting her proposal she will be able to convince people to support it this time. However, the arguments remain the same and dangers of practice elsewhere are well known. Margo should move on to another issue and accept the settled will of Parliament. It is not a priority for the Scottish people and the Scottish Parliament has made its view clear. Her personal interest in this matter should not be allowed to dictate to the rest of Scotland."

"As a practicing palliative care consultant, I am working hard every day to provide the highest standard of care for my patients. Having seen assisted suicide so rigorously debated in the public and parliamentary arenas, and so resoundingly rejected by our parliament on the grounds of public safety, the launch of this new Bill once again undermines my work, and the confidence which my patients can have in those who are looking after them at this most fragile and vulnerable stage of their lives.

"Once again Margo MacDonald is revealing how little she really knows about the clinical care of people who are seriously ill. Killing people has always been wrong, and it remains wrong. We can do much better than that in a properly caring society.

"The legalisation of assisted dying/assisted suicide has been debated widely in public and parliamentary arenas on numerous occasions over several years. It has always been rejected by parliaments on the grounds of public safety, and this criterion remains absolutely unchanged.

"The legalisation of assisted suicide would be dangerous and unnecessary. We have the best palliative care in the world here in the UK. The law as it stands is safe, and gives assurance to the public, and particularly to those who are experiencing the vulnerability of serious illness, that those looking after them will not do anything to prejudice their lives."

The Scottish Council on Human Bioethics (SCHB) is also opposed to the proposal. Formed in 1997, SCHB is an independent, non-partisan, non-religious council composed of physicians, lawyers, ethicists and other professionals from disciplines associated with medical ethics.

The SCHB recognises that crossing the boundary between acknowledging that death is inevitable and taking active steps to bring about death, changes fundamentally the role of the physician, changes the doctor-patient relationship and changes the role of medicine in society.

Dr. Calum MacKellar, Director of Research of the SCHB said the concept of a "life unworthy of life … should never be accepted in a civilised society" and added:

"Assisted suicide is unnecessary since physical suffering can now be adequately alleviated in all but the rarest cases by appropriate palliative care. And even in the very exceptional cases where physical suffering does not fully respond to treatment there is the possibility of using artificial transient or (very occasionally) total permanent sedation in patients to keep them asleep in order to address physical and/or mental distress."

The SCHB emphasises that vulnerable people need to know that society is committed first and foremost to their well-being, even if this does involve expenditure of time, effort and money.

Dr. MacKellar added: "These proposals are asking the people of Scotland to agree that there are lives that should be ended. That there is such a thing as a 'life unworthy of life' which is a concept that should never be accepted in a civilised society."

The SCHB is also of the opinion that the government should encourage society, comprising an ageing population, to accept that elderly or disabled people may become dependent on others without losing any of their inherent dignity.

Dr. MacKellar concluded: "The SCHB agrees that the concept of autonomy is extremely important in medical ethics and law but that there are times when inherent human dignity must take priority over autonomy for a decent civilised society to exist."

Issued on behalf of Care Not Killing by: