A press release from the All-Party Parliamentary Group for Dying Well (a network of MPs and peers, supported by Care Not Killing, promoting excellence in end of life care and opposing the legalisation of doctor assisted suicide) following the Forsyth Amendment's rejection. 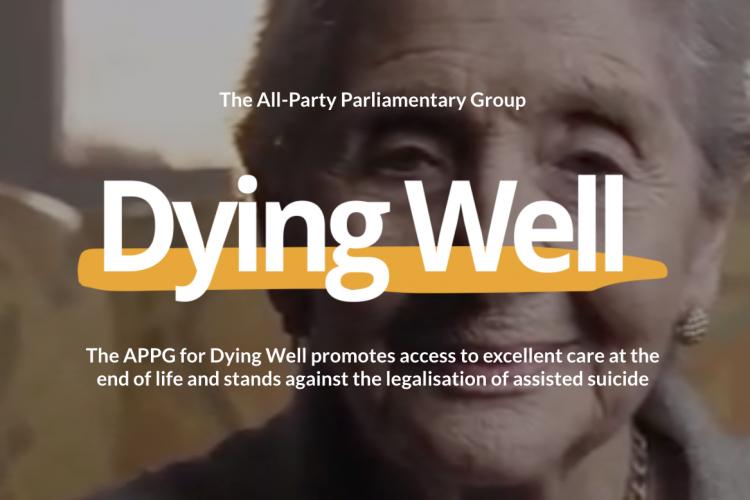 Press release from the APPG for Dying Well

House of Lords votes to reject proposals for Assisted Suicide

The House of Lords has tonight voted to reject Lord Forsyth's proposals for a Bill to legalise assisted suicide by 179 votes to 145 votes in a landmark vote.

In response to the vote, Parliamentarians and rights groups have united to issue concurrent statements welcoming the move and calling for supporters of assisted suicide to end attempts to consume great quantities of Parliamentary time after the House of Lords has spoken so clearly on this issue.

Baroness Campbell of Surbiton from Not Dead Yet said:

"We're delighted the House of Lords has rejected this amendment, which would have introduced assisted suicide by the back door. We need a thoughtful, detailed, evidence-based debate about any changes to the law on assisted suicide, which includes the concerns of disabled people who want support to live, not support to die."

"The House of Lords has now unequivocally rejected the latest attempt to shoehorn radical assisted suicide laws onto the statute book. Given that supporters of assisted suicide have said that the House of Lords is more supportive than the Commons, this is ample evidence that assisted suicide enjoys neither momentum or support. Countless hours have been spent debating these proposals and given the pressures on Parliamentary time, this result ought to be an indicator that future time should not be given over to this issue again."

"We are relieved that parliamentarians have chosen to reject this unusual and underhand amendment this evening. Legalising assisted suicide would be a retrograde step. It would place invisible pressure on sick and vulnerable people to consider this 'option', while any so-called 'safeguards' or restrictions would inevitably be widened or removed over time."

"We welcome this unequivocal rejection of this dangerous and unconstitutional amendment by the House of Lords. Parliamentarians had previously considered and not passed legalisation on assisted suicide and euthanasia nearly a dozen times since 1997 out of concern for public safety.

"They have done this because they recognise the dangers of ripping up laws that protect the terminally ill and disabled people from feeling like a burden, exactly as we have seen in the tiny number of places that have changed the law to allow assisted suicide and euthanasia - countries like Belgium, the Netherlands, the US state of Oregon and Canada.

"In Oregon, which uses the same drugs to kill the terminally ill as used on death row, a majority of those ending their lives cite fear of being a burden as the reason, while academic studies have found far from cutting suicides in the general population, legalising what is euphemistically called 'assisted dying' may lead to an increase.

"We hope Parliament will now turn its attention to the real issues facing our country of ensuring that everybody can access the very best medical care, regardless of whether they are disabled or terminally ill and how to fund this."

"It is a great relief that Peers have rejected Lord Forsyth's assisted suicide amendment, which was improper, unnecessary, and disproportionate. This was an unprecedented and wholly inappropriate case of a backbencher attempting to seize control of the Government's legislative agenda for his own private interest.

"There is no place for assisted suicide in end-of-life care, and no assisted suicide law could ever be a safe law. The Government's longstanding position that any change to the law on assisted suicide is a decision for Parliament must be honoured, and this amendment, in forcing the Government to give implicit endorsement to a policy that it does not support, had to be rejected."

"I'm very relieved that the Lords rejected this inappropriate amendment. Baroness Meacher's Bill has already been fully debated recently in the Lords, and it was entirely wrong for assisted suicide campaigners to breach protocol in this way by hijacking an already complex health bill. This has potentially taken valuable debate time away from other very important health issues that have not received sufficient parliamentary time.

"We should be focussing attention on improving patchy palliative care provision, as Baroness Finlay's amendment is already looking to do."

Notes to Editors The All Party Parliamentary Group for Dying Well promotes access to excellent care at end of life and stands against the legalisation of doctor assisted suicide in the UK. In recent years there have been huge strides in palliative medicine. It is now possible to effectively manage pain as people die. We believe the future is one of high-quality, universally available palliative care for all - not the requirement to decide whether or not to take lethal drugs to end your life early. Its list of officers and more information is available here: https://www.dyingwell.co.uk/about/