Court of Appeal hearing to begin 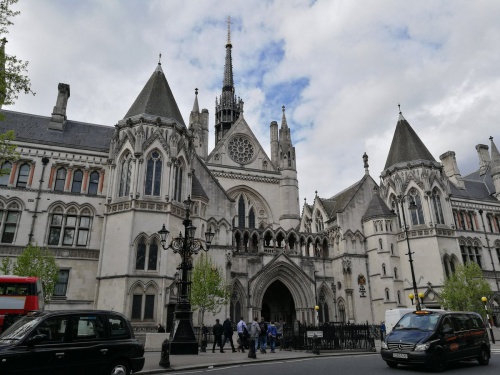 The Court of Appeal is to consider another attempt to change the law on assisted suicide, from Noel Conway.

Mr Conway's lawyers have previously argued that the current blanket ban on assisted suicide under the Suicide Act is incompatible with his human rights.

Yet only last year following a four-day hearing in the High Court three senior and experienced judges dismissed their arguments, saying: 'It is legitimate in this area for the legislature to seek to lay down clear and defensible standards in order to provide guidance for society, to avoid distressing and difficult disputes at the end of life and to avoid creating a slippery slope leading to incremental expansion over time of the categories of people to whom similar assistance for suicide might have to [be] provided... we find that section 2 (right to life) is compatible with the Article 8 rights (private and family life) of Mr Conway. We dismiss his application for a declaration of incompatibility.'

Care Not Killing does not believe that the courts need to review the Conway Case again and will continue to oppose this latest attempt to change the law, providing detailed evidence to the Court, along with disability rights group Not Dead Yet UK.

There have been over ten attempts to change the law on assisted suicide through British Parliaments since 2003, all of which have failed. The last of these, in the House of Commons, was in 2015. It was defeated by a huge majority of 330 to 118. Members of Parliament expressed concerns about public safety, the failure of safeguards in the handful of places that have assisted suicide or euthanasia and the chilling message removing universal protections, from the sick, elderly and dying would send.

In particular, MPs were presented with evidence about Oregon and Washington, the model pushed by those calling for a change in the law, including Mr Conway, which revealed examples of cancer patients being denied lifesaving and life extending drugs, yet offered the lethal cocktail of barbiturates to end their own lives.

Annual reports revealed that more than half of those ending their lives in both places in 2017 expressed concerns about being a burden on family, friends and caregivers.

A change in the law is opposed by every major disability rights organisation and doctors' group, including the BMA, Royal College of GPs and the Association for Palliative Medicine, who have repeatedly looked at this issue in detail.

Dr Peter Saunders, Campaign Director of Care Not Killing commented: 'There is no safe system of assisted suicide and euthanasia anywhere in the world. The safest law is the one Britain currently has. This provides a blanket prohibition on all assisted suicide and euthanasia. It deters exploitation and abuse through the penalties that it holds in reserve, but at the same time gives some discretion to prosecutors and judges to temper justice with mercy in hard cases.'

'The blanket ban on assisted suicide is necessary in a democratic society in the interests of public safety for the protection of the rights and freedoms of others. I hope that the judges will once again dismiss this attempt to circumvent Parliament by refusing to change a law that has been debated and rejected on numerous occasions both at Westminster and Holyrood.'

The Conway Case will be heard by the Court of Appeal between 30 April - 4 May. Dr Peter Saunders, Campaign Director of Care Not Killing will be available for interview in London.