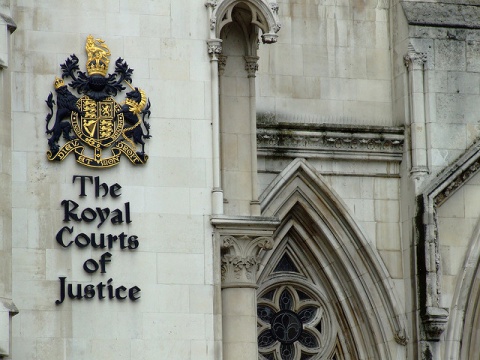 
A 67-year-old Shropshire man with motor neurone disease (MND) has today (18 January 2018) been granted permission to bring his case for assisted suicide to the Court of Appeal.

Noel Conway is backed by Dignity in Dying (formerly known as the former Voluntary Euthanasia Society), whose lawyers have argued that the current blanket ban on assisted suicide under the Suicide Act is incompatible with his rights under section 8 of the Human Rights Act (respect for private and family life).

The Divisional Court refused permission to appeal, so Mr Conway then filed an application in the Court of Appeal seeking permission directly. This has now been granted.

Conway's case is substantially the same as that of Tony Nicklinson and Paul Lamb in 2014, except that his condition is terminal.

There have been over ten attempts to legalise assisted suicide through British Parliaments since 2003, all of which have failed. The last of these was the Marris Bill in 2015 which was defeated by an overwhelming majority of 330 to 118 in the House of Commons amidst concerns about public safety.

Frustration at their lack of success in Parliament has led DiD and other campaigners to pursue their agenda through the courts.

In the last hearing Humanists UK (formerly the British Humanist Association) intervened on the side of Conway and Not Dead Yet UK and Care Not Killing on the side of the defendant.

A change in the law is opposed by every major disability rights organisation and doctors' group, including the BMA, Royal College of GPs and the Association for Palliative Medicine, who have looked at this issue in detail and concluded that there is no safe system of assisted suicide and euthanasia anywhere in the world.

Laws in the Netherlands and Belgium that were only meant to apply to mentally competent terminally ill adults, have been extended to include the elderly, disabled, those with mental health problems and even non-mentally competent children.

In Oregon, the model often cited by those wanting to change the law, there are examples of cancer patients being denied lifesaving and life-extending drugs, yet offered the lethal cocktail of barbiturates to end their own lives.

However, this right is not unlimited but is qualified in 8(2). Following this principle CNK and others argued that a blanket prohibition on euthanasia and assisted suicide was 'necessary in a democratic society in the interests of public safety for the prevention of disorder or crime, for the protection of health or morals, and for the protection of the rights and freedoms of others.'

We also argued that to pursue this case in court was institutionally inappropriate given that parliament has repeatedly, rigorously and comprehensively considered this issue and decided not to change the law.

Legalising assisted suicide and/or euthanasia is dangerous because any law allowing either or both will place pressure on vulnerable people to end their lives in fear of being a burden upon relatives, carers or a state that is short of resources. Especially vulnerable are those who are elderly, disabled, sick or mentally ill. The evidence from other jurisdictions demonstrates that the so-called 'right to die' may subtly become the 'duty to die'.

The legalisation of assisted suicide and/or euthanasia is uncontrollable in practice because any law allowing either or both will be subject to incremental extension. We have observed in jurisdictions like Belgium and the Netherlands that over time there is an expansion of categories to be included beyond those originally intended and without any further change in the law: a shift from terminal conditions to chronic conditions, from physical illnesses to mental illnesses and from adults to children.

The essential problem is that the two major arguments for euthanasia - autonomy and compassion - can be applied to a very wide range of people. This means that any law which attempts to limit them, for argument's sake to mentally competent people who are terminally ill, will in time be interpreted more liberally by sympathetic or ideologically motivated 'assisters' and may also be open to legal challenge under equality legislation on grounds of discrimination.

The safest law is one like Britain's current law, which gives blanket prohibition on all assisted suicide and euthanasia. This deters exploitation and abuse through the penalties that it holds in reserve, but at the same time gives some discretion to prosecutors and judges to temper justice with mercy in hard cases.

Leaving the law as it is will mean that some people who desperately wish help to end their lives will not have access to such a service. But part of living in a free democratic society is that we recognise that personal autonomy is not absolute. And one of the primary roles of government and the courts is to protect the most vulnerable even sometimes at the expense of not granting liberties to the desperate.

This issue has been considered exhaustively by legislatures and courts in the UK and is settled. While having every sympathy with Mr Conway's personal plight, the consequences for society are too dangerous and far-reaching. We hope that the Court of Appeal will stand by the previous High Court judgement and dismiss his case.