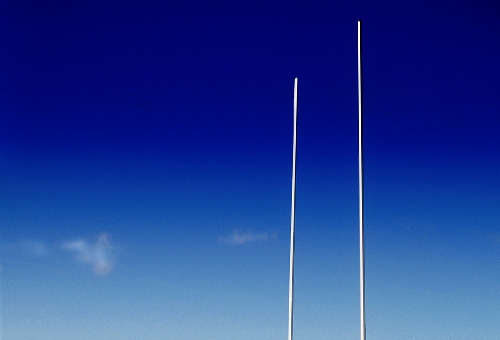 Joost van der Westhuizen is a name well known to rugby fans the world over.

It was the scrum half's try-saving tackle on the towering All Black wing Jonah Lomu in the World Cup rugby final in 1995 which arguably won the tournament for South Africa.

He went on to win the Tri Nations in 1998 and captained the Springboks at the 1999 World Cup, when they were beaten in extra time in the semi-finals by eventual winners Australia.

The 42 year old is now dying of motor neurone disease (MND) which he contracted in 2011. Progressive muscular weakness has now left him in a wheelchair and barely able to speak.

Van der Westhuizen scored 38 tries in 89 Tests for the Springboks after making his international debut against Argentina in Buenos Aires in 1993.

He played his last match in the Green and Gold against New Zealand in Melbourne in November in 2003, retiring as South Africa's most-capped player.

Since being diagnosed with MND, he has set up the J9 Foundation, which is a charity that raises awareness about the disease.

Despite his personal plight, van der Westhuizen said he's made peace with his situation, about which the BBC and Daily Mail have both run articles recently.

'I realise every day could be my last', he told BBC Sport.

'I led my life at a hundred miles an hour. I've learnt that there are too many things that we take for granted in life and it's only when you lose them that you realise what it is all about.'

'It's been a rollercoaster from day one and I know I'm on a deathbed from now on. I've had my highs and I have had my lows, but no more... It's only when you go through what I am going through that you understand that life is generous.'

For Van der Westhuizen, life is now chiefly about spending time with his family. He has two children, Jordan, seven, and a five-year-old daughter, Kylie.

This testimony makes a welcome change for the BBC, which usually highlights motor neurone disease in the context of the debate around legalising assisted suicide. But van der Westhuizen's testimony opens a window into what is the more usual reality for most sufferers.

There are in fact 5,000 people in the UK with MND, of whom around 1,000 will die from the disease each year, three each day.

The vast majority do not want help to end their lives but assistance to live as comfortably as possible in the days they have left.

Attention has already been drawn to Alistair Banks' inspiring story of courage. Dubbed 'the incurable optimist' he finally passed away on 9 January this year but a tribute site, and his blog are still available along with a statement from the Motor Neurone Disease Association for which he did so much.

His family speak of being 'so very proud of the way that despite the disease he inspired so many people and left such an incredible legacy for his children and others'.

His optimism was not unusual, he maintained.

'Everyone I know with MND is trying to do positive things, otherwise they would sink into despair. It's a coping mechanism. Doing things means that you can pull in friends and family to share something both fun and rewarding.'

Earlier this year, the inspirational film 'I am Breathing' was promoted as part of motor neurone disease awareness.

It follows the last few months of Neil Platt's life, seeing him go from being a healthy 30 something to becoming completely paralyzed from the neck down from MND. As his body gets weaker, his perspective on life changes. His humour remains, but a new wisdom emerges:

'It's amazing how adaptable we are when we have to be. It's what separates us and defines us as human beings.'

Michael Wenham, who also has MND, has told the Independent about his determination to keep on living life. Diagnosed in 2002 with a rare, slower form of Motor Neurone Disease, Michael has always intended not to give up.

In his book, 'My Donkey Body' he clearly and compassionately describes the process of being diagnosed with the terminal disease, and the struggle of living with the condition. He also deals eloquently with these issues on his blog.

A few years ago, he was linked with another South African with MND, Jozanne Moss, with whom he later co-authored 'I choose everything'. The book is available on Amazon, has its own Facebook page and is recommended by the Motor Neurone Disease Association.

Jozanne died in February 2012 and there is a beautiful tribute to her on Michael's blog, which ends with a quotation he believes would fit Jozanne from Charles Dickens:

This is precisely why these stories of triumph over adversity from those facing death with this frightening disease should get more column inches and air time. They give strength to others and are a refreshing balance to the negative images we often get of the dying process from the media.

Stories of hope in the face of suffering can bring reality, courage and hope to a society that so desperately needs them. Let's please have more of them.