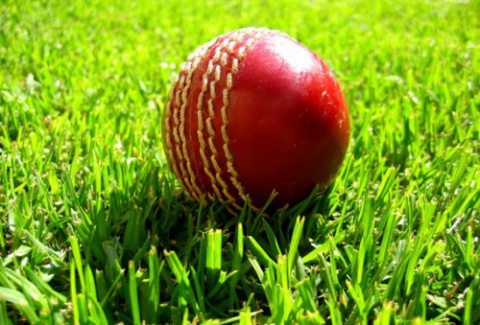 Not only is Jonathan Agnew ('Aggers') an excellent radio commentator but he also played personally to a high level in county cricket and knows what he is talking about. Being an expert on cricket, however, does not make him an expert on important issues of public policy like assisted suicide.

It was deeply disappointing then to see him jumping on the pro-euthanasia bandwagon in comments carried by the Telegraph, Times, Daily Mail and a host of other media outlets.

Apparently he previously offered to accompany Brian Dodds, his second wife's ex-husband, to the Dignitas assisted suicide facility in Zurich after he had Motor Neurone Disease diagnosed.

Mr Dodds didn't take him up on his offer and subsequently died in England from the disease in 2005.

In a quite bizarre twist Agnew says he is unable to remember whether he ever mentioned the conversation to Dodds' former wife, to whom he is now married.

Agnew advances the usual tired superficial arguments to advance his position ('I had my dog put down' and 'the choice should be left up to the individual') without displaying any appreciation of the complex issues involved, not least the fact that his dog's death (since there was no consent given) was a case of euthanasia rather than assisted suicide.

Legalising euthanasia and/or assisted suicide creates a right to be killed or allow a physician to be involved with causing your death: it is not simply about a right to die. It is primarily one of public safety. This is why British parliaments have roundly rejected it on three occasions in the last seven years and why the medical profession and disability rights groups remain so strongly opposed to it.

That the media considers a sports commentator commenting on assisted suicide to be newsworthy reveals how superficial this debate has become.

But there is another more serious issue with Agnew seeking media support of the media to promote euthanasia and assisted suicide. The reality of the copy-cat suicide effect is well known and that is why the World Health Organization established a set of guidelines for the media to help prevent suicide.

The WHO report (World Health Organization's Preventing Suicide: A Resource for Media Professionals) makes the point that 'the degree of publicity given to a suicide story is directly correlated with the number of subsequent suicides. Cases of suicide involving celebrities have had a particularly strong impact'.

This is backed up by a major review of 42 studies on the impact of publicised suicide stories in the media on the incidence of suicide in the real world published in the Journal of Epidemiology and Community Health in 2003.

In other words, celebrities like Agnew, who throw their weight behind promoting suicide as a solution to health problems, may unwittingly be contributing to vulnerable people being pushed over the edge into taking their own lives.

It was good to see Agnew last month encouraging his 240,000 Twitter followers to donate to the fundraising web page set up by his stepson, who climbed Mount Kilimanjaro in Tanzania to raise money for the Motor Neurone Disease Association.

He must surely then be aware that the vast majority of people suffering from motor neurone disease (MND), presumably like his wife's former husband, do not actually want 'assisted dying' but 'assisted living', help to die naturally in as much comfort as possible. Our focus should be on care, not killing.

It would therefore be a far better use of his time to draw attention to the stories of good role models like South African rugby hero Joost var der Westhuizen, currently dying from MND, rather than using his celebrity status to shoot his mouth off on a subject he is not actually qualified to address.